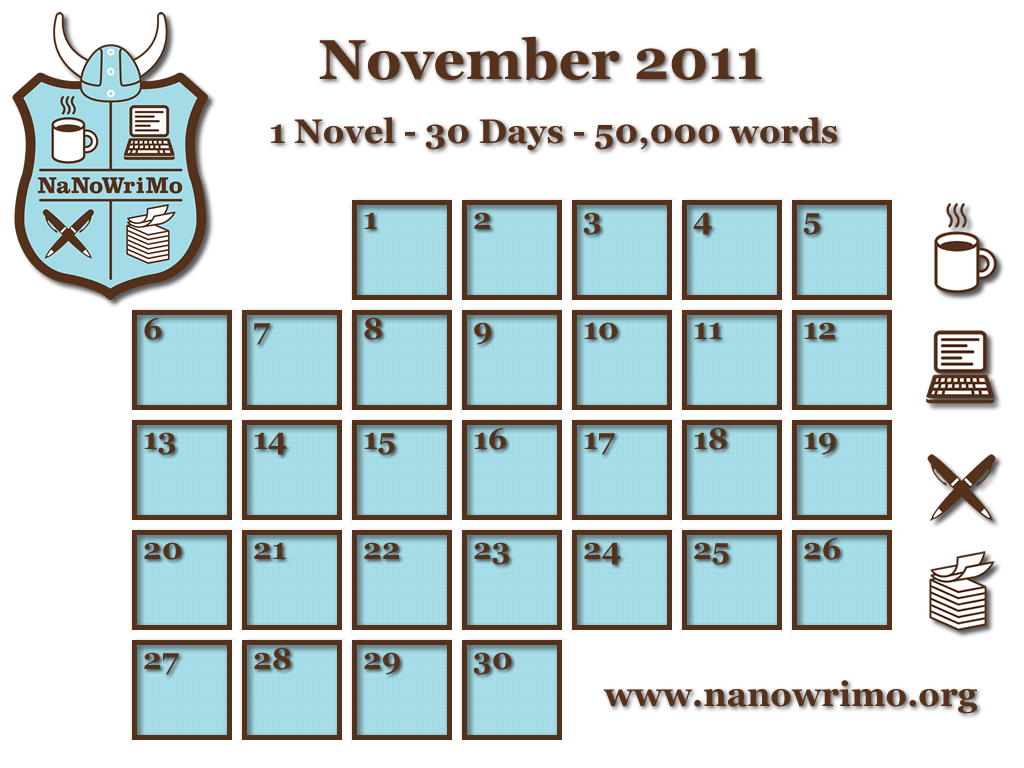 November may have been National Novel Writing Month, but for me it was one month out of a three-month novel writing push.

I’d love to be able to say that the 50,000-word NaNoWriMo goal was the bulk of a book for me. Sadly, when I look back at the last nine in the Charlie Fox series it’s barely half way there.

But having started on October 4th, I was hoping to be at 70,000 words by yesterday. I hadn’t counted on only actually getting a total of seven days out of the whole of November when I wasn’t either away attending events or festivals, or had Something Else on to get in the way of a clear writing day. By the time I counted up my month’s words at midnight, I had just scraped 65,000 words. By two whole words.

Not bad, but no cigar. 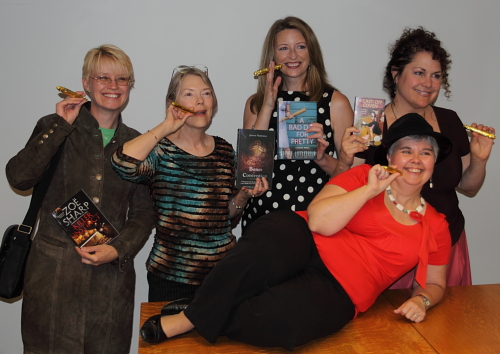 (Don’t ask, by the way – this was taken at an event at the Velma Teague Library in June last year. My fellow chocolate cigar ‘smokers’ are Jeanne Matthews, Sophie Littlefield, Juliet Blackwell, with über-librarian Lesa Holstine reclining.)

OK, so I’ve also been prepping the five stories from FOX FIVE: a Charlie Fox short story collection to go live individually, and as Christmas is coming up I thought I ought to have a new Charlie Fox short, too, which I’d written the bulk of a month or so ago, but you know how it is when you’ve put something aside and then you pick it up again. It really did need another fiddle. And a new title. And a cover. 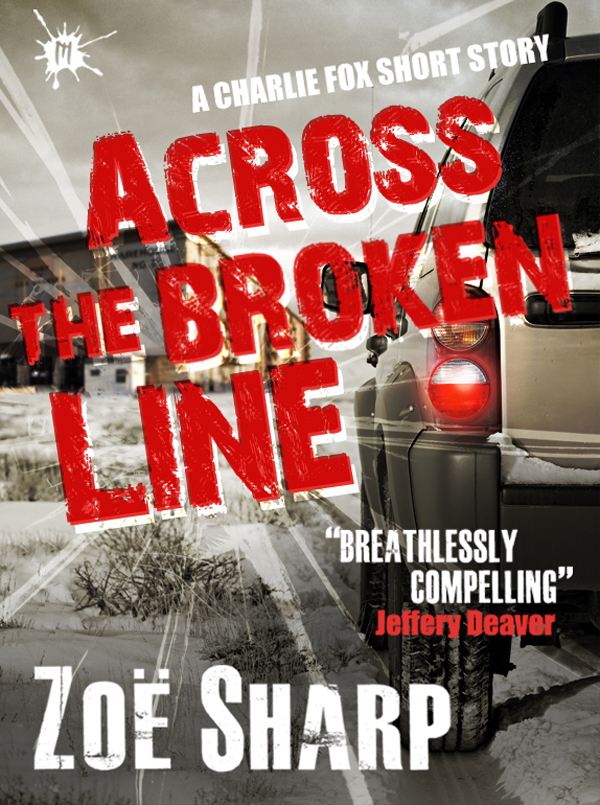 (The cover is another belter by Jane Hudson at NuDesign that just captures some of the urgency and the flavour of the story for me. I know I keep singing her praises, but it’s not difficult when someone has as much talent as she does.)

Across The Broken Line – which has become the eventual title – was originally going to be part of the FOX FIVE e-thology. I wanted to have a go at a very broken-up timeline of catching Charlie in the middle of a job and then tracking back and forth through the various stages to show how things got to the point where it all goes bad. Sounds simple when you put it like that, huh? But I wasn’t happy with my early attempts so I put it aside in favour of Truth And Lies, which grew more into a novella than a short story. Whether I’ve got the broken timeline just right this time is another matter, though. I’ll wait for you to tell me!

But still, not making my 70k on DIE EASY rankles. I’m very good at beating myself up for not hitting a target so I’m still feeling a little disgruntled that I’m not as far forward with the new book as I would have liked. I’ve already dragged Charlie through a helicopter crash and the emotional trauma of coming face to face with someone from her past she never wanted to see again. And now she’s running round a hijacked sternwheel paddle steamer on the Mississippi river with bad guys abounding. 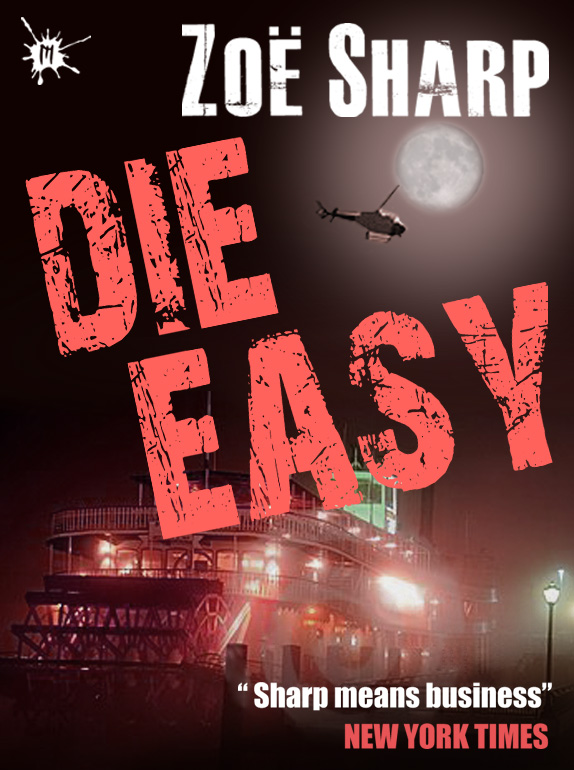 I even have a provisional cover – another from Jane at NuDesign:

But it makes me wonder about everyone who does manage to achieve their NaNo goal. I’ve seen/heard on Twitter about plenty of people who’ve done it, but how many fallers are there? How many achieved their 50k? How do you feel now it’s over – good or bad? And what do you think of what you’ve written – how much of it will you keep hold of? Are they finished words or just a starting point?

Was it your first attempt? Will you do it again? If you haven’t attempted it, would you ever consider it? Or have you ever put yourself through any kind of concerted effort for a relatively short period of time, like a month – whether it’s a diet or an exercise plan or whatever? Good experience or no?

Also, I can’t ignore that – if yesterday was the end of November – today is the first of December. I can officially say Christmas is coming. Today the tree will go up, the cards will start to be written, pressies will be wrapped.

This week’s Word of the Week is trepan, which not only means an obsolete cylindrical saw for perforating the skull (just in case anyone was stuck for a Christmas gift for that difficult relative) and to cut a cylindrical disc from something, but it’s also a decoy, a snare, or to ensnare or lure. Unlike a trepang which is a sea cucumber eaten by the Chinese.