My first novel, Boulevard, would not be what it is if I hadn’t discovered Miles Corwin’s brilliant nonfiction book Homicide Special. As a crime reporter for the Los Angeles Times, Miles was given unprecedented access to the elite Robbery-Homicide Division unit of the LAPD where he spent a year of his life shadowing the homicide detectives on their daily call-outs. Homicide Special became my Robbery-Homicide bible and by the time I finished writing my novel I had read Corwin’s book at least five times. His writing is so lean and vivid that I jumped at the chance to read his other nonfiction books, The Killing Season and And Still We Rise.

All of his work captures the daily lives of hardworking detectives, cops, teachers and social workers as they navigate a dark, uncertain world few of us will ever observe first-hand. Miles brings you to the heart of it. His prose is fantastic and he knows his stuff. When reading his nonfiction work I thought that if this guy ever tackled fiction he’d be one of the best. Well, he’s done it. His first novel, Kind of Blue, came out last year to rave reviews. And, as I suspected, his novel leans heavily on his experience with the Robbery-Homicide Division. I was fortunate enough to share the dais with Miles and Marcia Clark recently on a panel at the Los Angeles Times Festival of Books and I loved hearing him talk about his journey from journalist to nonfiction author to fiction author. He’s a fascinating and talented man and you’re going to love getting to know him. Please welcome Miles Corwin… 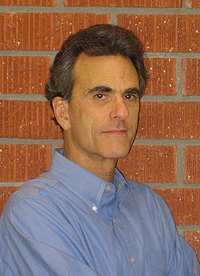 The day I received permission from the LAPD to write a nonfiction book about the elite Homicide Special unit was the day I began thinking of writing a novel.

The chief of police agreed to give me complete access and allow me to shadow the detectives from the time they received the homicide call-outs, to crime scenes, death notifications, autopsies, witness interviews and, finally, to arrests. I knew this was a remarkable opportunity to write a compelling nonfiction book, but it was also a great opportunity for a crime novelist. During the year I tracked the detectives I always carried two steno pads. On one pad I took copious notes for the nonfiction book – Homicide Special.

On the second pad I jotted random notes for a crime novel I intended to write – Kind of Blue. 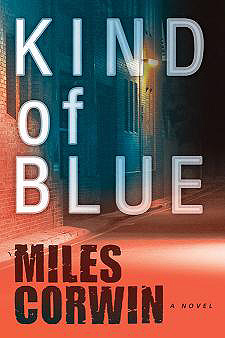 I included amusing dialogue, humorous anecdotes, unusual things I saw at crime scenes, mannerisms of the killers and the cops, or anything else that I thought would give a crime novel a sense of verisimilitude.

During the course of that year I had lunch every day with homicide detectives and listening to them swap stories was also a great source of material. I stole a few of those anecdotes and reshaped others. One detective said that when he worked Hollywood Homicide, he’d frequently get a call in the middle of the night, awake from a deep sleep, pick up the phone, and always hear the same question: “Are you naked?”

It was a supervisor’s greeting before he dispatched the detective to a homicide scene.

I filed this away and figured this could provide a light note in a dark novel.

By the end of my year with the unit, I had filled numerous notebooks with material. I had a lot of ideas about plot and dialogue and forensics, but I still didn’t have a main character – the most important element of any crime novel.

One morning, the great crime novelist James Ellroy arrived at the unit. He was researching a cold case for a GQ magazine article. Ellroy took a group of detectives to lunch at the Pacific Dining Car near downtown Los Angeles and I joined them. Ellroy, a terrific raconteur, told us he’d been arrested a number of times as a young man. One night, he said, he was busted after breaking into an apartment and he happened to look at the metal name plate of the LAPD cop who was handcuffing him. The cop’s name was Moscowitz. Ellroy said that he thought to himself at the time, “What’s a Jew doing as a street cop?”

I thought this was an interesting question. And I figured if this question intrigued Ellroy, it might interest readers. So I decided that my protagonist would be a Jewish detective. This clicked because I’m Jewish and I got to know a few Jewish cops during my year at Homicide Special. One told me that when he graduated from the police academy, all the other families seemed so happy and proud of their sons and daughters. His family, he said, was not particularly pleased. I thought this was interesting and could provide some good conflict in the novel between my main character and his family, particularly his mother.

I now had everything I needed to begin the novel. I was faced, however, with a great challenge. In some ways, I felt I was hamstrung because I knew too much. I discovered that much of detective work is, frankly, boring – examining records, perusing documents, tracking down witnesses, sifting through forensic reports, and other elements of the paper chase. A novel dominated by this kind of detective work simply wouldn’t interest readers. So I had to find a way to keep the book realistic, but insure that the narrative was compelling enough to keep readers reading.

When I started writing Kind of Blue, I felt a bit insecure because I had never published any fiction. But I also realized that I had a great advantage over most crime writers because I had a fount of specialized knowledge to draw from. I had worked as a crime reporter for the Los Angeles Times for a number of years. And before writing Homicide Special, I spent six months following two homicide detectives in South-Central Los Angeles for the nonfiction book The Killing Season. I learned a tremendous amount from the two detectives, Pete Razanskas and Marcella Winn, and I was able to transmogrify some of their knowledge and experience into passages for my novel.

Most reporters believe there is no such thing as too much access. I discovered that there is a downside to an abundance of access. When the Homicide Special detectives began investigating the murder of Robert Blake’s wife, I was with them every stop of the way. At the time, this seemed like a serendipitous opportunity. During the trial, however, when I was cross-examined by Blake’s attorney for more than five hours, and he tried to use me – unsuccessfully, I believe – to sully the reputation of the LAPD, I had second thoughts about the access I had pursued. But after writing Kind of Blue, I realized that being grilled in a criminal trail by a defense attorney, just as the LAPD officers had been, provided me with more insight into what detectives endure, insight that I could parlay into realism for my fiction.

Corwin lives in Altadena with his family and teaches at the University of California, Irvine.

(Please give Miles a hearty Murderati welcome.  I am still traveling overseas and will do my best to pipe in with comments in-between stops)