From time to time, the authors here at Murderati would like to reacquaint you with some of our favorite old posts, posts we think represent some of the best writing we’ve ever done here.  Each post has been hand-selected by the author him-/herself.  So kickback and enjoy these blasts from the past, and feel free, if you read them the first time, to comment here (not at the original post) all over again. 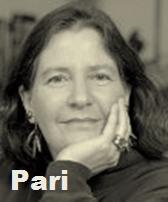 So I’m sitting on the can reading BE COOL by Elmore Leonard and come across this quote: “You just put down what you want to say, then you get somebody to add the commas and shit, fix up the spelling if it needs it. The way this one’s going I think it’ll write itself.”

Chili Palmer and his buddy Elaine are discussing writing screenplays, but the whole enchilada gets me thinking about punctuation (after I scoff at the idea that anything writes itself. Yeah, right.).

Many posts on Murderati have to do with the art of creating crime fiction — and our blog’s readers enjoy these insights — but commas, well, they affect us all. It doesn’t matter if you’re writing the Great American Novel or a thank-you to Grandma Rose, you put a comma in the wrong place and your meaning gets shot to smithereens.

Don’t get me started on misplaced periods. And colons? Forgettaboutit.  (MORE) 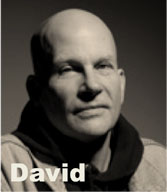 Briefly, a bio: Kathi was not just the lead singer, rhythm guitarist (with her trademark leopard-skin Stratocaster), and heart and soul of Los Train Wreck, she was also a novelist—the marvelous And My Shoes Keep Walking Back to You— plus a contributor and co-writer for a number of anthologies and other books, a founder and the lead Remainderette for the all-writer rock band The Rock Bottom Reminders—which included Amy Tan, Dave Barry, Scott Turow, Stephen King and Ridley Pearson among others—as well as the most deeply appreciated literary escort in the San Francisco Bay Area (perhaps the known world). So Kathi knew a host of writers who loved her deeply and miss her bitterly.  (MORE)

YOU KNOW WHAT’S WRONG WITH BOUCHERCON? 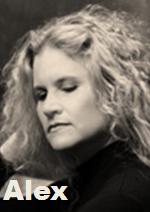 Look, I did my raves already.   And I’ll fight anyone to the death who even dares to hint that Ruth and Jon and Judy didn’t just put on the greatest show on earth.   But let’s get honest, now.   There’s something missing, endemically, intrinsically, about the whole Bouchercon experience.

Yeah, yeah, I can feel the skeptics of you out there going skeptical on me already, but trust me, this is leading somewhere you might just want to go.

Because of my confused genre identity, and because romance readers love them some ghost stories, I end up at a lot of romance conferences.   And there is dancing there, oh, is there.   No hangovers ever at an Romantic Times or RWA conference, because you just dance it right out.   Great exercise, too – no one needs to bother with the gym at these things.   And it’s great bonding.     But there’s a major problem there, too.