In Stephen’s wonderful post yesterday he was asking about great thrillers – in the context of comparing and contrasting two of my favorite books and movies:  Thomas Harris’s masterpieces Red Dragon and The Silence of the Lambs.

When I teach, I use those two books all the time – to the, um,  horror, of the aspiring romance writers who often take my workshops, who wouldn’t be caught dead (sorry, I’ll stop now) reading those books.   But I always try to get new writers to understand that they can learn just as much from stories outside their own genre, because the elements of story – and suspense – are the same no matter how many bodies are or are not falling or how many creatures are or are not lurking in the basement.

And for us darker types, there’s a lot to be learned about storytelling  from classics in other genres.

I am lately on a Reacher binge and at the same time obsessed with the Ang Lee/Emma Thompson film of Sense And Sensibility.   Which makes a warped kind of sense because my experience with romance is more along the lines of what you get in the Reacher books, and I find serious horror in Sense And Sensibility.  But I’m not joking about the horror in Sense and Sensibility (or any Austen book), and it’s not a horror of romance, either.    I am, however, horrified at the Netflix description of the film as “Austen’s classic tale of 19th century etiquette”.  This story is more about monsters in the basement than it is about etiquette.

Actually, it is about an evil much bigger than a monster in the basement.

The film opens at the deathbed of Mr. Dashwood, the father of our heroines Elinor and Marianne (Emma Thompson and Kate Winslet, one all “Sense” and the other all Sensibility” – ie, passion.).    Mr. Dashwood has called in John, his son from a previous marriage, to whom Dashwood’s entire fortune and houses will pass under the law of primogeniture, which bars women from inheriting property and keeps both the patriarchy and the aristocracy intact by mandating that family fortunes pass undivided to the eldest son of a family, with only minimal livings carved out for any remaining male children.

Before he dies, Dashwood extracts a promise from John that he will take care of the present Mrs. Dashwood and her three daughters, Elinor, Marianne, and Margaret, who by law are only allowed to inherit 500 pounds.

John’s original intention is to give the Dashwood women an additional 3000 pounds so they can live comfortably on the interest, but in the course of a carriage ride up to Norland Park, where John and his wife will take over the Dashwood house, John’s harridan of a wife, Fanny whittles John’s gift down to nothing at all:  “Twenty pounds here and there should be ample.   What would four women need with more than 500 pounds?”

This series of scenes is a beautiful – and funny –  dramatization of greed in action, and Fanny makes a detestable villain.   But more importantly, the scenes introduce the real villain of the story, and every Austen story: primogeniture – which kept the rich superrich, the poor practically or literally indentured as servants to the rich, and women enslaved to men, for centuries.

Stylistically, Jane Austen was writing comedies, but the stories are built on social outrage, and I believe it’s that canny blend that made and keeps these books classics.

The whole next sequence introduces us to the extremely sympathetic Dashwood women as they are reduced to guests in their own house – in the midst of their deep grief over the loss of their father and husband.   While Fanny steamrolls through the house claiming everything in it as her own, the Dashwood women scramble to find other living arrangements on their tiny inheritance.

And then, enter Edward Ferrars – Fanny’s intelligent but very reserved brother (Hugh Grant at his diffidently charming best) who instantly understands the pain of the Dashwoods’ circumstances, bonds with and draws out youngest daughter Margaret, and falls hard – abeit reservedly – for kindred soul Elinor.   Of course, a match made in heaven – but there’s more to this than love.   In her circumstances, Elinor’s life and her family’s lives depend on her making a good marriage, because women are prohibited from earning an income.   So a happy marriage to a well-off man is the dream, the best possible outcome– but the stakes couldn’t be higher, and Elinor’s situation is more than tenuous – she has not the slightest power over the outcome.   Fanny and Edward’s mother (offstage, but very present in the form of threat of disinheriting Edward if he makes an “unworthy marriage”) immediately go about preventing this match, and the Dashwoods move from their home to a cottage on the estate of Mrs. Dashwood’s wealthy cousin, without a marriage proposal from Edward to Elinor.

In their new home, younger sister Marianne catches the eye of the county’s most eligible bachelor, wealthy and cultured Colonel Brandon  (a completely dreamy Alan Rickman).  Marianne scorns Brandon’s attentions, thinking him too old (he’s 35 in the book), and falls hard for the dashing Willoughby, who also seems very well-fixed financially and outspokenly shares Marianne’s passion for poetry and music.   Elinor, though, has doubts….

All of this set up (the first act of the film) makes for huge stakes emotionally.   We hope that Elinor will make her happy marriage with Edward.   We hope Marianne will also make a happy marriage, but are uneasy with her choice of Willoughby (over Alan Rickman???   Surely that’s wrong…)   We fear that Edward will not marry Elinor because of his mother’s threat of disinheritance.

Elinor is very much in love with Edward; we know she will never find as perfect a mate elsewhere.  But even beyond that – her life without him is clear and endlessly grim – spinsterhood, poverty, or perhaps a loveless marriage that at best would turn her into some version of Fanny, and at worst – well, put any ribbon you want on marriage, but at the time women were property of their husbands. (And we’re not all that long out of it, ourselves.)

Marianne’s possible fate is spelled out even more graphically by Colonel Brandon.   As a youth he fell in love with his family’s young ward, but they were forbidden to marry because she was penniless.   Brandon was shipped off to war, and the young woman was turned out of the house and reduced to prostitution;  Brandon returned to find her dying in a poorhouse.

It’s all reported very discreetly, but it’s clear this is exactly what could happen to the passionate, impetuous Marianne if Willoughby throws her over.   And throw her over he does…

Now of course, after some hair-raising reversals, there is finally a brilliantly happy ending; all the right people marry.  But underneath all of that is the undercurrent of the horror that might happen if it doesn’t end happily – the stakes are just about as high as they can get.

And it’s not just the women who suffer under the system of primogeniture and complete control by the property owners of the society.  Willoughby is disinherited and reduced to marrying for money, when his true love is Marianne.   Edward is disinherited by his mother when he chooses to marry “beneath him” and only saved from poverty by the sympathetic Colonel Brandon, who offers him a clergy position in the local parish.   And we also see the miserable marriage of a couple of minor characters – wonderful performance by Hugh Laurie as a man who married for money and is drowning in his own bitterness.

Austen’s work is so often called “drawing room comedy”, but I don’t read or see many thrillers that have anywhere near this level of tension, suspense, and truly horrific stakes – it’s my most fervent hope that I can create characters and situations anywhere near this emotional gripping.

So how about it, Rati –  what books or movies have gripped you lately?   Any examples of huge emotional and/or thematic stakes you weren’t expecting in a particular genre?

I’d especially love to hear about emotional and thematic stakes in thrillers and mysteries, but any gerne is fine with me.)

And of course I have to ask –  Hugh Grant or Alan Rickman? 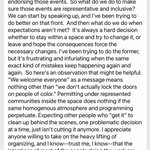 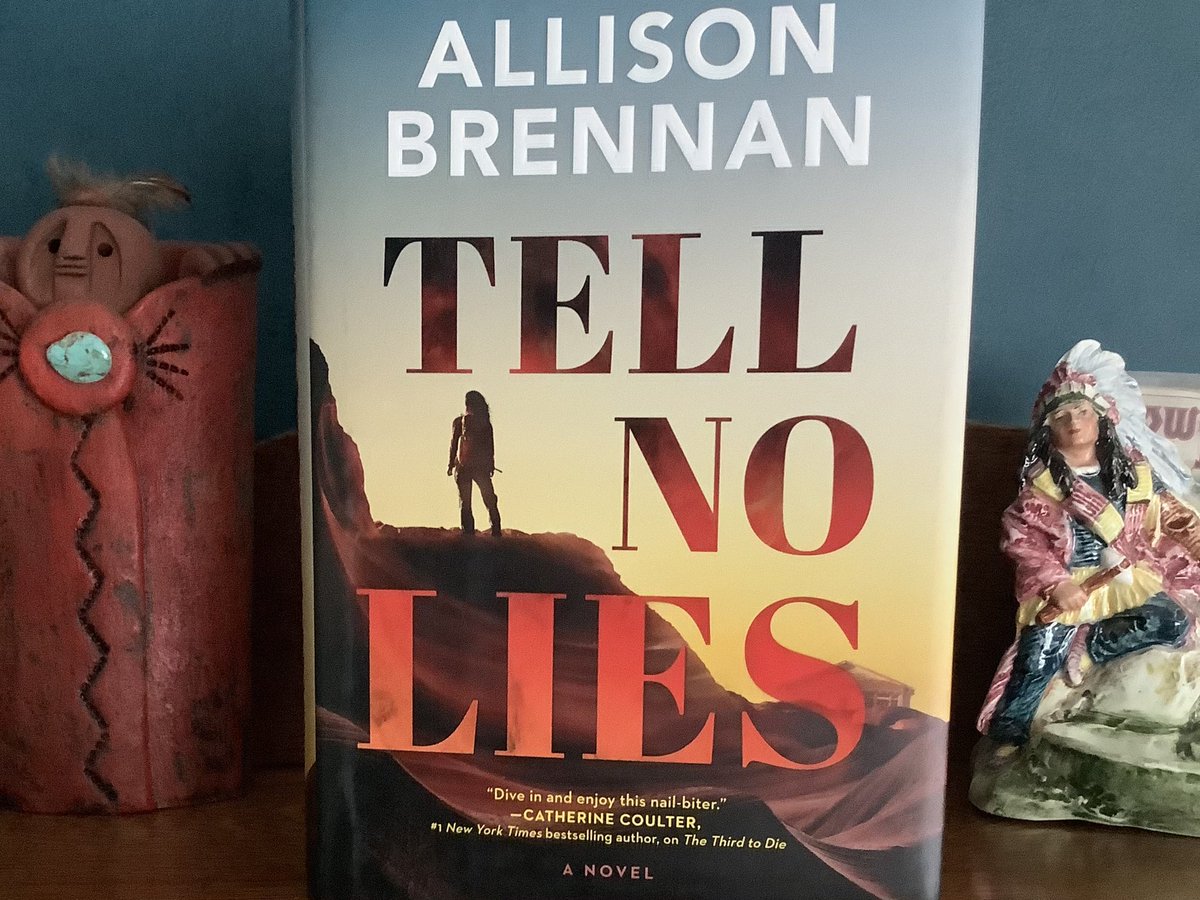