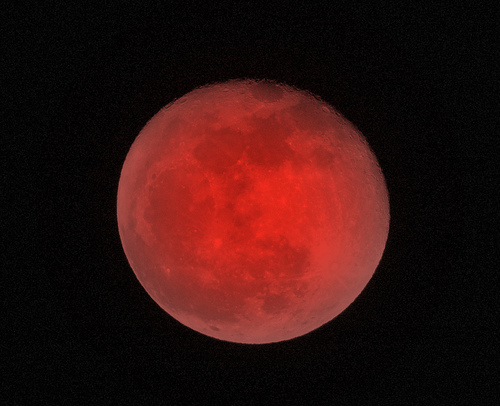 I am sitting in a bookstore.

I’m in between appointments—I had a fabulous lunch with members of Nashville’s Dutch Lunch crowd, where we feasted on salmon and death by chocolate cake and a delicious crème brûlée with a candle in it, for our fearless leader, River Jordan, let slip that it was my birthday week and our sweet waiter, Kyle from Charleston, with the Hebrew symbol for brother and the date of his birth and death (1986 – far too young) etched on the tender underside of his wrist, took care of the festivities.

We talked about how writers are so prone to see the littlest details, that crime fiction writers in particular would be excellent witnesses to call upon when a crime has been committed, because we invest in the details of people. Drink them up, like water in the desert. We talked about faces, how important it is to actually make eye contact when you need to remember specifics, rather than taking in a general picture of facial structures—cheekbones, noses, wrinkles. One of our compatriots doesn’t like extended eye contact, but I think that’s essential to being a good writer. If you look closely enough in a stranger eyes, you can see all the secrets being held back. Shame. Happiness. Misery. Abuse. Joy.

After lunch I had a haircut, and then an hour to kill before picking up the esteemed Mr. Ellison from the airport. He’s been gone all week. I’ve missed him dreadfully. I’m so happy that he’s making it back in time for my birthday, because while being alone isn’t the best thing for me, being alone during birthday week has been especially hard.

It’s crunch time on the manuscript too, that has also altered my mindset. I pulled out Stephen King’s ON WRITING on Tuesday night. It’s always a nice slap in the face when you start feeling overwhelmed. I’ve talked to my friends. I’ve talked to Randy. And my agent. Other writers. My hairdresser. Talk, talk, talk. Write, write, write.

Fiction has been my friend this week. Non-fiction hasn’t.

So it’s late Thursday afternoon, and I’m sitting in a bookstore, writing my blog at last. I’ve only bought three books, a fact of which I am quite proud. Two novels by Sarah Waters, recommended by my agent, and a book on Buddha and his teachings. Nourishing my mind and my soul.

I’ve been a truly empty well this week, focused solely on my new book, which I need to turn in at the end of May. It’s coming along, finally, but it’s been a slog. Sometimes books are. Sometimes they write themselves. I’m having so much difficulty with this one because I always thought it was going to be the end of the series. The last book. As some of you may have heard, that is not the case. Mira has extended my contract again, for another three books. I am overjoyed at this, because in this uncertain market, having job security is paramount. Randy and I are both self-employed, and eat what we kill, so the knowledge that I’ve helped to pay the mortgage is a relief.

It is a week for celebrations. New contract. Birthday. Unexplored frontiers ahead.

Yet every time I sat down to write this blog this week, out spilled the maudlin. Writers by nature are prone to melancholy, and fits of sheer mania when things are flowing and we’ve tapped into that alternate universe that is our minds, our stories. When I lamented to my therapist (read: hairdresser. It is the woman’s prerogative to tell her hairdresser things that no one, and I mean no one, know.) she, a particularly divine sage of a woman, let me know that Mercury is in retrograde, and will be until the 11th of May, hence my difficulty with upbeat, effusive speechifying. The relief was palpable. It is not my fault.

Then she cut my bangs.

Mercury. It’s a word with many meanings. Quicksilver. Planet. God.

Mercury is used in thermometers to take temperatures. Mercury is the God of messages, and sex. The planet Mercury is closest to the sun, and the smallest.

When Mercury is in retrograde, we are essentially moving backwards. Communications go awry, there is more stress and frustration. We are going against the natural order of things. Hogwash to some, but man, I can’t say I disagree. That’s exactly how I’ve been feeling all week, the very week I should be on top of the world.

The word mercurial is one of my favorites. It fits my personality so well. My writing, too. I never know what the day ahead will bring, and that’s one of the joys, and the banes, of my existence. I am a true Taurus, born smack dab in the middle of the cycle. A Wednesday’s Child as well. Not surprisingly, I don’t manage change well. And I’ve got a massive change ahead of me, one that scares me, and I think it has handicapped my good mood.

The day after I signed my deal, my editor called to let me know she was leaving.

Now y’all have heard me brag on my editor before. She is my marmalade. She makes the toast taste better. And with her abrupt departure from my life, I am encased in fear. Fear is a regular part of my existence: fear of failure, of success, of things that go bump in the night. But this is a new kind of fear. She’s been my security blanket for four years. Someone I’ve always had in my career that I know can make what I’m trying to do with my stories make sense, even when they don’t make sense to me. She gave me my career as a novelist. She’s made me a better writer.

I will miss her.

Admitting that fills me with an unbearable lightness of being. Truly. It’s hard for me to openly admit being scared of the future. I just want to keep moving forward, becoming a finer writer, not aging, and always being happy.

So, thanks to a scintillating lunch, a haircut, a wander through a bookstore, the knowledge that Randy is flying toward me and dear little Mercury is in retrograde, I have finally, finally, written my week’s post. And it’s not too terribly mawkish.

Tell me, ‘Rati brethren. Have you been feeling stressed lately? What have you been doing to combat it? And if you haven’t, what scares you?

Wine of the Week: I’m still on a Zinfandel kick, so let’s try a Redwood Valley Zin from Lolonis, 2005, preferably.﻿

25 thoughts on “Mercury in Retrograde”