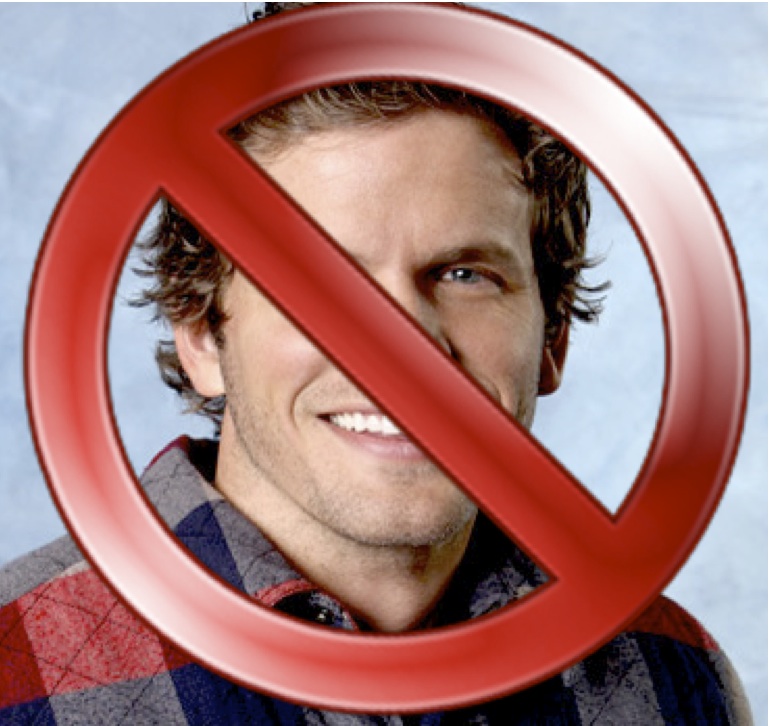 We’ve had far too much smart stuff here lately. I thought it was high time to drag us all down into the gutter. So grab your popcorn (or popcorn flavored coffee) and let’s do this.

I have a confession to make. I should be embarrassed; on the contrary, I feel the tiniest frisson of giddiness at sharing.

I have been watching THE BACHELORETTE. And enjoying it.

Phew. Okay. Lighting has not struck me down. You haven’t run away with your hair on fire, screaming obscenities for my lack of culture, grace and intellectualism. (And if you have, we don’t want you here anyway. So there.)

I started watching the show because Jennifer Weiner, an author whom I greatly respect for her ability to not just write great books, but touch people’s hearts, mentioned on Twitter she was planning to live tweet The Bachelorette. Knowing that the manly half of the Ellison household would not stand still long enough to see the opening credits roll, when he went to fetch me a glass of wine, I surreptitiously changed the channel, hit record and got the TV back on track without him noticing. I’m crafty like that.

He left town the next day, so I had an evening alone. And you know what we women do when the men aren’t about – we watch stupid romantic comedies, paint our nails, give ourselves facials and read Jane Austen (or Jennifer Weiner.)

After crying my way through (God, I can’t even remember what movie it was, if that tells you anything) I switched to the DVR and pulled up The Bachelorette. Ashley stood in a ball gown, and a limo full of totally hot guys pulled up (I think I missed the first limo) A very cute man emerged with a bottle of wine and two glasses, and I thought to myself – okay, I can stand a few more minutes of this drivel.

Five weeks later, I am hooked. Hook, line and sinker. I am wondering about J.P., who seems to be the most down to earth among them, or should I say, the earthiest, if you catch my drift. Ames reminds me of every boy I hung out with in college, that sweet, blank wide smile hiding a pretty big brain. Ben F. – he of the smooth opening wine segment, could be a front runner here soon, he seems like the kind of guy who has staying power (and hello… vineyard…). I was thrilled when William left, he wasn’t in it for the right reasons, and his suicidal reaction spoke volumes about what kind of situation she’d be getting herself into with him. Mickey is ridiculously cute, but West, poor West, really made me cry.

And I am furious with Bentley.

For those who aren’t watching, Bentley is the cad. He’s the classic bad boy with a huge sob story. He’s the man Mama warned us about, the one who would use you, hurt you, and leave you breathless in the gutter, heartbroken and praying he comes back. I know he’s a plant. I know this is all scripted. Don’t worry, I haven’t lost all of my mind. But poor Ashley, she who is the Bachelorette, I think actually liked this asshole.

Bentley is a man without honor.

And in my world, that is an unforgivable sin.

The producers are milking it for all it’s worth too, which makes them fall into the same category, though to his credit, Chris, the narrator/host dude, has been rolling his eyes every time Ashley whines about Bentley (which it’s become, whining, so I’m about ready to smack her too. But all they have to do is show her the videos, and let things move on, and I think it’s really disingenuous of them not to, because they’ve gotten snookered here too, so it would be good for the show to make a statement that they won’t put up with this kind of duplicity and move on. And it’s not just duplicity, it’s evil, it’s harmful, and we all need to shut these kinds of people out of our lives. Bentley really gives me hives. I’ve known too many just like him, people who will say or do anything to further their agenda. YUCK!)

Compare and contrast my other favorite shows right now. GAME OF THRONES took a while to get started (and really should be called GAME OF TITS AND ASS FOR THE THRONE) but has me captivated now. Ned Stark, Hand of the King, Protector of the Realm, is a man of honor. He’s so honorable, in fact, that it may end up getting him killed, because he operates in a world that has nothing but greed and avarice, except for the small band of brothers on the wall, the Men of the Night Watch, who have no choice but to be honorable, though some do choose that life. Even Jaime Lassiter, who is on the surface one of the most dishonest worms ever, has a spark of nobility in him. He just needs someone to believe in his goodness and he’ll shatter into a million pieces and rise like the phoenix from the ashes. I see it in him. It’s coming.

No show, no book, can have a hero who isn’t honorable. The trick, of course, is to watch the people around the honorable man use his honor to manipulate him. Honorable men in these stories are almost always naïve, which is what gives them their charm, and is their biggest flaw.

JUSTIFIED, with the brilliant Timothy Oliphant as Raylan Givens, the Federal Marshall who is forced back to his extremely backwater hometown to face all his demons, is another honorable man. He’s a shoot first ask questions later kind of guy too, which makes him all the more intriguing to me. To be that certain in your creed, your code, that you can smell injustice… yum. And his nemesis, Boyd Crowder, is also an honorable man, but a thief, crook, criminal… he’s the perfect anti-hero.

Heroes and anti-heroes must have a code of honor. It’s their armor. It can be pierced, and it can be damaged, but it will never be shed, not fully.

I like writing about heroes with honor. I surround myself with the kind of people I can be secure in, the ones I know live honorable lives. My father, my husband, both knights in shining armor. My friends. My agent. I want people who I can trust, who inspire me, who I want to emulate. So it’s not surprising that these are the kinds of people I like to write.

Taylor Jackson has honor. John Baldwin has honor. Dr. Samantha Owens, the subject of my newest novel, has honor, though she is damaged, possib
ly beyond repair. And there is a man in that book who is an honorable sort as well, who was so, so much fun to write. (That’s all I’m saying about the new book, A DEEPER DARKNESS, which comes out next March. After we get through September and the release of WHERE ALL THE DEAD LIE I’ll discuss it more thoroughly. But yes, it is a Sam book, not a Taylor book.)

Men of honor are romantic. Plain and simple. The Bachelorette has captured my imagination solely because of this concept. What started as curiosity became straight on research. I know how I conduct my love affair. To see how a stranger does it, albeit one with a script, is fascinating.

So tell me today, since we’re down in the gutters – What are you watching that you’re slightly embarrassed about? Guilty pleasures? Favorite heroes, male or female – fictional or otherwise?

(Just a quick note – please, no spoilers on GAME OF THRONES, I’ve still got three to watch to catch all the way up.)

Wine of the Week: Evolve 2009 Cabernet Sauvignon – a little something from Ben F.’s winery in Sonoma…

Exciting news! We are honored to have our two newest members up this week. On Sunday, please welcome the lovley and talented Gar Anthony Haywood. And Wednesday, the dashing, delightful Dr. Jonathan Hayes will be joining the ranks. We are super excited to have these two grandly diverse writers become a part of the blog, and I hope you’ll welcome them with open arms and lots of page views ; )