It’s very hard to introduce a new character into a series.

Honestly, that’s not true. It’s easy to introduce a new character into a series. The difficulty lies in bringing said new character to life, giving them a purpose, a role, a reason. Doing it seamlessly is what’s so hard to pull off.

There. That’s better. Now that we’ve established the ground rules…

What if you’re an American writer, and somewhere deep in the recesses of your brain a character is born who isn’t going to be easy to write because he’s not anything you have any experience with. He’s not even from your own country. And you haven’t got the foggiest idea of how to make him come to life.

Meet James, the Viscount Highsmythe, officially called my Lord, but more commonly known (in my mind and his work) as Memphis.

Exactly. This was what I saddled myself with. Don’t ask me where he came from, he simply appeared one day, cleft chin and all. And in the way of all stubborn characters, he simply refused to be anything but. James "Memphis" Highsmythe is the son of a Scottish Earl, works for the Metropolitan Police at New Scotland Yard, lost his wife (who looks eerily like Taylor) and his unborn child. He got the name Memphis because his mother was an Elvis fan. He’s got blue eyes, blond hair, a strong jaw and is exactly Taylor’s height. And he’s not subtle when it comes to wanting her.

Excellent. Wonderful. I know who this man is inside and out. But I haven’t the foggiest idea of what he sounds like. And herein lies the problem. Not only is my command of British vernacular limited to Bridget Jones’s Diary, I don’t have any idea about the written form. Despite a valiant attempt on Lee Child’s part to help —

Lee: "J.T.," shaking his head sadly, "Memphis sounds the same no matter how you want me to say it."

— I still had no idea what he sounded like. Sigh.

I’ve been writing this book (EDGE OF BLACK, 9/09) for months now, killing myself trying to get Memphis’s voice in my head, watching Oxford Blues (mistake #1) and interviews with Hugh Laurie (mistake #2), trying to get the wording right. You can’t write British phonetically, I found out, it just doesn’t work well. And no matter how faithfully you try to recreate the right sounds, it doesn’t work.

I went back to the drawing board a couple of times. What was important about Memphis was the parallels in his life to Taylor’s. Privileged upbringing, idealistic natures, a strong sense of right and wrong. He had to be someone who – despite the fact that she’s very much with Baldwin – she found attractive. Which meant humanizing him, making him real. I found all the universals for Memphis — family issues, career issues, woman troubles — everything that an American male would have common ground with. But then I stumbled across a real problem.

Memphis, who is coming to life on the page bit by excruciating bit, ahem, had an erection to deal with.

And I was in his point of view.

And I don’t know what the Brits call an erection.

And that’s not exactly the email you want to be sending to your few British male acquaintances: "’Scuse me, can you tell me what you Brits call a woodie?"

So I called upon our glorious

Zoë. I could see her arched eyebrows all the way here in Tennessee.

Zoë immediately jumped into the fray with me, pointing out that what a regular British male might call an erection is completely different from what an upper class British peer would call an erection. We spent a glorious afternoon trading slang terms across several time zones and a wide blue ocean, both of us cracking up on our respective computers. Her husband and my husband got quite a charge out of it too, I’ll tell you. Really, what’s two nice girls doing with the gutter talk anyway???

When we hit upon ‘sporting a stalk like a spotty youth,’ I knew I was in serious trouble. Zoë, in a kindness that was so far above and beyond the call of duty, offered to read the pages Memphis was on, and make sure I was hitting the mark with his terminology.

Suffice it to say I accepted, and got myself quite an education. I was so far off base, if Zoë hadn’t saved me, I would have made a real fool out of myself. I had a character named Penelope who went from uneducated British to Cockney to Irish and back all in a single sentence. Yikes. She was just a good British girl, and I mangled her to pieces.

Aside from the most egregious of my errors (and one rather massive generalization that I thought was completely obvious but was surprised to hear no longer mattered) what struck me was how by simply changing a word here and there, Memphis started to sound like an aristocrat. He came to life. He fulfilled his role, and his purpose. And I learned a very difficult lesson.

If you’re trying to be authentic, you must, must, must do your homework. I did mine, and it wasn’t right, because I didn’t realize just how complicated the class structure is in the UK, and how very different each segment of society sounds. We don’t have that here. There’s educated and uneducated, and regionalisms that are dead giveaways (hoagie, sandwich, grinder, sub, anyone?) But we don’t delineate our class structure by our accents.

This carries over into any kind of research you may be doing. If you’re writing about guns, you need to get the guns right. If you’re writing about medical terminology, you need to be accurate. Accuracy is what makes you a reliable author, one who the readers trust to give them the right information. As a writer, I am certainly not an expert. But I sure need to sound like one, because my characters ARE.

This is true of anything. Jews writing Christians. Blacks writing whites. Southerners writing New Yorkers. Knitting aficionados writing about murder. Anytime you write about something that you aren’t intimately familiar with, you have a chance. A chance to make it right, or a chance to screw it up. A little extra effort, and the good luck to have the right people to ask, can make the difference between a good book and a great book.

You know, I had a horrible time writing this book. For the first time, I honestly thought I might miss a deadline because it JUST WASN’T WORKING. When Zoë stepped in and bailed me out, all of the little pieces I was looking for fell into place. For the record, she also made a tiny little comment that blew up the entire end of the book, which I had to rewrite this week. And thank God she did, because the book is ten times better for it. I was able to turn it in yesterday, at 3:00 p.m., a full two weeks early.

When you step outside your comfort zone, you have an opportunity to shine. Or to fall flat on your face. You MUST be open to criticism, to hear that you got it wrong, in order to have a chance to make it right. You have to check your ego at the door and open your mind. Otherwise, why are we doing all of this? For our own edification? Naw. We want to create stories that the reader remembers long after they close the cover.

Writers, have you ever researched completely outside your comfort zone?

And readers, just how much are you willing to forgive a writer who makes mistakes in a book?

My new Taylor Jackson novel, 14, is set to release on Tuesday, August 25. Rumor has it (okay, it’s not a rumor) Amazon and B&N are already shipping copies, and it’s slipped into a couple of stores (Walmart in Maine? You gotta love that.) You can order your copy here or here, and please, don’t forget to support your independents. Here’s a link to Indiebound — you can find a local indie store that’s carrying 14 through them. We’ve also launched a brand new website, designed by my intrepid and patient husband, which still needs some content updating, but has information on my tour schedule, etc.

Next week I may talk about how surreal it is to have two books on the shelves, or I may just regale you with stories of my search for the perfect margarita during a much needed break at the beach. We’ll see what I’m up for : )

Wine of the Week: I have to do it. I’m not proud of myself for this, but I’ve always vowed to be honest here on the blog. I’ll admit it now: I drank "champagne" from a can. And liked it. It’s called Sofia Blanc de Blanc.

22 thoughts on “Memphis in the Meantime” 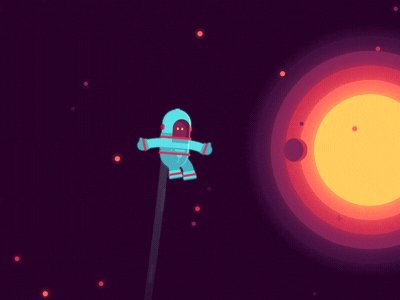