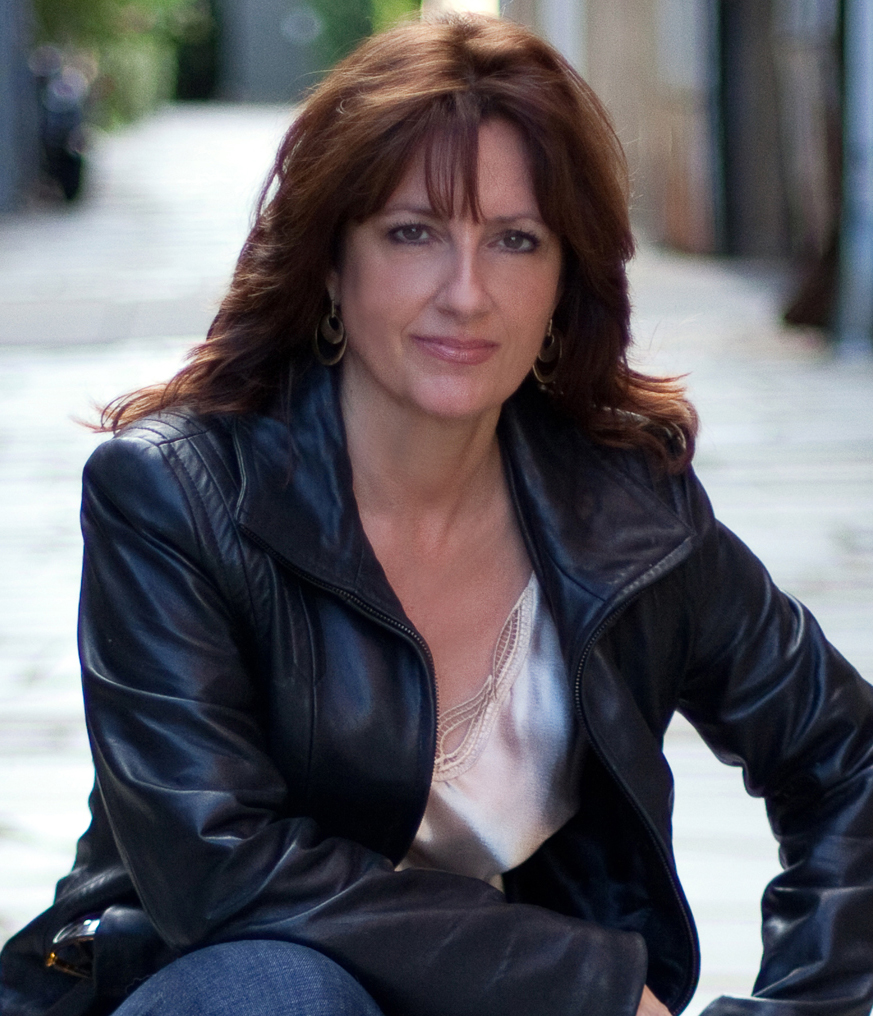 I have a friend named River Jordan.

That’s her on the right. Isn’t she pretty?

River is an incredibly accomplished woman: a radio personality, a playwright, and author. She’s also one of those people who you want to turn to in troubled times, and one of those people you want to turn to in celebratory times. River is… special. I don’t know how else to put it. She’s got this grace, this humility, that’s rare in the ego-driven creative world. She spends the vast majority of her non-writing time promoting others: having authors on her radio show, sharing their books on her various blogs, connecting people with folks who can help their careers. She always has a smile on her face. She’s always inspired me personally, because she’s the kind of person I like to emulate. Add to that a wicked sense of humor and a southern drawl that makes us all proud, and you’ve got a pretty unique package.

River has a new book coming out April 5. It’s a bit of a departure from her usual southern mystical work, books that always seem to find that bit of magic residing in the most common of situations, and the uncommon ones as well. When River told me about it, I got shivery, all over. Visceral, goose bumps, hair raising shivery.

It’s called PRAYING FOR STRANGERS. It is, like it’s author, something special. Not religious. Not preachy. But spiritual. Hopeful. Lovely.

As 2009 approached, New Year’s resolutions were the last thing on River Jordan’s mind. Her sons were both about to go off to war and all she could do was pray for their safety and hope to maintain her strength, until she unexpectedly came upon the perfect New Year’s resolution-one that focused on others instead of herself. She would pray for a complete stranger every single day for a year.

In Praying for Strangers, River Jordan tells of her amazing personal journey of uncovering the needs of the human heart as she prayed her way through the year for people she had never met before. The discovery that Jordan made along the journey was not simply that her prayers touched the lives of these strangers, but that the unexpected connections she made with other people would be a profound experience that would change her life forever.

And today, I’d like to share my dear friend River, with you. Considering it a little blessing from me to you on this fine Friday. I’m running around Washington D.C. right now, researching the new book, so bear with me comments wise….

Without further ado (if I keep going she’s gonna strangle me, in a loving way, of course) meet River Jordan.

Tell us about how Praying For Strangers was born.

From this moment, standing in my kitchen packing to meet the family in the mountains for a major gathering before ‘the boys’ were deployed. You know how you’ll get an idea for a novel setting, plot, or character? It was just like that except – New Year’s Resolution – Pray for a Stranger everyday.

Are your boys both home safe and sound now?

They are both stateside. One of them has orders to deploy again already. I’m a worrying kind of Mom. My son was here yesterday and drove off late last night in the rain and I’m saying, “Oh, be careful, be careful! Those roads are so wet out there.” I sound just like my Grandmother.

Have any of your “strangers” been in touch now that the book is coming out?

One person just called me because we struck up a conversation and I told her she was my stranger as we were deboarding the plane and I gave her my card. They haven’t really had a way to contact me as no one knew about the book exactly, how to find the website, etc.  But I had the pleasure of running into some of those strangers again and delighted in doing so. All of them were in happier places when I saw them again. The woman so down about her kitchen being torn apart had pictures of it rebuilt, the girl that had been hungry at lunch, crying and without money, was all smiles and getting ready to graduate, the woman whose grandchild had really been in trouble whispered to me that things were much better in that area. That kind of thing.

Do you have a favorite story relating to the book or the people in it?

I think my favorite is really the over-all story. The fact that it has been such an eye-opening, heart-warming experience to me and that this tiny thing has meant so much to these people on any given day I met them. But I remember the stories, the moments, and so many of them have been really spiritually poignant. They still impact me.

You’ve been predominantly a fiction writer up to now. How different was it to write non-fiction?

I think due to the fact that the book is also part spiritual memoir it was very difficult. I am a very private person. Not that I don’t love people and joke around but some of those cards I keep really close to my chest. Mostly, the ones about my prayer life. And now I’ve written this very raw, personal book. It was hard. No lie. I love losing myself in fictional stories, characters and strange places. There was no hiding on this one.

Will you do it again?

People are already asking me if I will write a follow up to Praying for Strangers. Since it has been such a rich read and rewarding experience for the people reading it I can’t rule that out. Occasionally, I bump into a true story about a person, or place. I think – Oh, that would make a great book but so far I haven’t gotten around to putting any of those thoughts on paper. I have about three novels that are wanting me to really sit down and get those words on page.

If you had to pick one thing, what do you think is the most effective use of a writer’s time?

Writing. I think we can drown; I can drown, in the publicity end of things these days. So much of a writers work is about that now. Publishers expect it and readers love to have a connection of some kind with their writers. We can research, pitch, talk, and do the wild dance all we want but nothing takes the places of locking yourself away for hours or days and doing the real work of writing.

You’ve been a driving force behind what we in Nashville call the Dutch Lunch, a monthly gathering of people tied to publishing: writers, editors, agents, librarians, readers, etc.  Why is it important to have these face-to-face events?

We need each other beyond our two-second tags on facebook, comments, and tweets. It’s about relationship really. And I love some of those round tables that have included people from all facets of the book life. It helps to look around that table and see an agent, publicist, reviewer, and all the people you mention and say – Yes, this is who we are collectively. Sometimes writers feel very isolated also. Strangely unplugged. It was a way and still is for us to spend a little time together breaking bread and telling stories.

You also have an amazingly engaging radio show. Tell us a bit about that.

The radio show has been continuing for about three years now. I always think I’ll stop doing it just because it’s very energy and time consuming. But I love it. It’s really a mixture of things that I adore – writers, a few great tunes, literary news and reviews – all with a touch of good attitude. When one of my guests, an Irish writer, told me his parents (who are from the old country) were getting up early on the West Coast, driving to someone’s house who had a computer and sitting by it so they could listen to the show their son was on live and streaming, well, that just touched my heart so much. I thought, I can’t stop doing this!

How do you manage your time? Or are you an organic being?

I’m way too organic. I try to block off hours for this, days for that – and occasionally throw in a load of laundry in the process. Then there are taxes, bills, and the life overload. So, I must confess, lately, with the novel out last fall, editing, the new memoir now, radio and life – I have to carve out that writing time for the new novel like riding a wild beast.

You come from a playwright background. Will you ever return to the theater?

I’m always writing plays in my mind. Particularly, when I’m listening to family members tell stories. Or just talk. The thing about theatre is you can write a play alone in your room if you want but that would be the tiniest of beginnings. It’s a group process. You need actors, a director, people who are good and who you trust. You must listen to the words; see if your cross-lines are working. I would have to be at a place in my life where I had the time and access to work with an ensemble like that.

What’s next for River Jordan?

God only knows. This is going to be a very, unusual year for me. Safe to say, I’ve never been in this place before. My gypsy blood says it’s okay. The adventure continues.

River Jordan is a critically acclaimed novelist and playwright. Her fourth novel, The Miracle of Mercy Land, a southern mystical work set in 1938, features a protagonist full of moxie and a ‘backbone of worthy’ in this suspenseful story about love, mystery, and the choices we make. Jordan’s first non-fiction narrative, Praying for Strangers: An Adventure of the Human Spirit arrives from Penguin/Berkley in Hardcover April 5, 2011. She speaks around the country on the “Power of Story,” and produces and hosts the radio program, Clearstory on 107.1 FM from Nashville, TN where she makes her home.