As Murderati contributors Alexandra Sokoloff, Toni McGee Causey, and Robert Gregory Browne were dancing the night away with romance readers in San Francisco in the beginning of August, I was in Los Angeles’ Century City with 900 children’s storytellers at the Society of Children’s Book Writers and Illustrators national conference.

I left one day with a wheelbarrow full of ideas, but probably the biggest epiphany I had was when Margaret Peterson Haddix, author of the Shadow Children and Missing series, explained why she gravitates towards writing about and for young people. “They’re always experiencing changes; they are always evolving,” she said. That’s true, I thought. That’s why they make such dynamic characters—they can be unpredictable, their emotions can suddenly lead them in harm’s way or perhaps a light-bulb moment.

I think we adults can sometimes benefit from being more childlike—in exposing ourselves to changes and risks that may not make sense to people around us. For most of my early career, I seemed to always have to make changes in increments of three.

For example, after working at a small community newspaper for three years, I quit and looked for work in public relations after hearing from other writer friends who felt that work less taxing and more financial rewarding than journalism. (I was working on my first novel at the time.) One of the jobs I interviewed for was to be a technical writer at a public relations agency. The job involved interviewing engineers about digital technology, high-definition television and computer graphic effects. What did I know about those areas—zilch. So I felt ill-prepared before speaking with the agency’s partner. It turned out, however, he was a former journalist as well.

“If you’re a good writer,” he told me, “you can write about anything.” He then offered me the job. His confidence in me was shocking at times—about three months into my new position I was sent solo to Auckland, New Zealand, to cover a turnkey operation of a new television station. (Yes, I learned what “turnkey” meant in the engineering world. As well as “beta test site” and how many lines were on a typical analog television screen.)

Change then came another three years later. I returned to the newspaper as its editor and after six years left for a writing fellowship in Wichita, Kansas. My native Angeleno friends were in a state of disbelief. Going to Wichita from Los Angeles was apparently the equivalent of voluntarily entering a Siberian jail. But those nine months were incredibly fruitful, both personally and professionally. And during my last month of the fellowship, I got a call from a museum in Los Angeles. They wanted to commission me to write a biography on a businessman. What did I know of this businessman, who at the time was in his eighties? Just surface information. Was this to be a hagiography, a “biography of saints”? Or a real representation of a man’s life?

At least I’d be hired to write, I told myself. That was better than other options, which included possibly teaching or returning to public relations. It turned out that was a splendid decision, eventually leading to the writing and publication of multiple of nonfiction books which has helped in my mystery writing career.

The point I’m making is as writers we need to keep our options open. We may think that we are either above or uncomfortable writing in a certain genre or subgenre, but what are your presuppositions based on? Stereotypes or ignorance? Open the door to change. You can always choose to close the door, but you need to at least see clearly what’s on the other side.

If you’ve ever said “yes” to a new professional or writing experience, let us know in the comment section.

Thanks to Pari’s hospitality, I’m going to be at Murderati next Monday as well to follow up on this theme of “change.” Please come back!

JAPANESE WORD OF THE WEEK: honki de (displayed during the “I Survived a Japanese Game Show”)

Seriously? Seriously! Just like the mantra of Meredith Grey on “Grey’s Anatomy” during its disastrous third season. Like you’ve got to be freakin’ kiddin’ me. Another similar word is maji de, a shortened version of majime de (you can’t be serious!).

19 thoughts on “May the Change Be with You”

@JeffAbbott Awww...it’s going to be a good year for the Abbotts.

@SenThomTillis @SenatorLoeffler @JohnCornyn @SenatorBraun @USTreasury @federalreserve Hey, Senator Empty Suit, are you going to do anything to save the Postal Service or are you so enslaved to Donald Trump you're going to let him trash it?

Nothing like that #caturday porch life! What are you up to today? https://t.co/wdoQWlOwD8 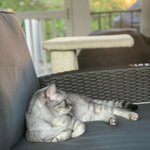