Ex-actor and stand up comic Mark Billingham is, quite simply, one of the best crime writers going. Bar none. If you haven’t read the internationally bestselling, multi-award winning Tom Thorne series then it’s high time you did. You’re in for a treat. He’s also (for the sake of full disclosure) one of my best friends. So without further ado, here’s the lad himself . . .

Writing’s a very different kind of life to stand up comedy. Do you miss stand up comedy at all? Or do your performing itches get scratched by doing book events?

I miss the buzz of performing rather more than I miss the company of comedians. Don’t get me wrong, some of my best friends etc etc, but many of them are deeply twisted, frighteningly needy and horribly competitive. Crime writers are a MUCH nicer bunch, that’s for sure. I certainly don’t miss hanging out in a grotty dressing room in the early hours of the morning or trying to get laughs out of an audience who are tired or drunk or both. You’re right of course, I tend to get my performing jollies at book events. You and I have done enough together, so I know that you’re much the same. It’s important to deliver some kind of performance when you’re reading or even when you’re telling cheap gags prior to reading. I don’t need very much encouragement to start performing…

Absolutely.  I feel exactly the same.  And I think it makes for some much more interesting events too. Now, you wrote some children’s books a couple of years ago. How difficult was that compared to the crime novels and are you going to try that again?

Well I probably won’t be doing it again. I wrote three YA novels and for those three years I was writing two books a year and I don’t think I can do that again. It was every bit as difficult as writing any other sort of novel (just with less sex and swearing). The processs is exactly the same. The books were as dark as any of my crime novels with body counts that were higher, if anything. In retrospect it was a mistake to write the trilogy of Triskellion novels under a pseudonym (Will Peterson) and they may have sold better if I’d stuck my name on them but I was writing them with somebody else (my old TV partner Peter Cocks) and I’m always suspicious when I see two names on the cover of a book. I’m always asking myself who was doing the writing and who was making the sandwiches. In the case of the Will Peterson novels, I was making the sandwiches. Cheese and Marmite. Lovely.

Cheese and Marmite? Is that just to annoy Stuart MacBride?

Well I’m a big Marmite fan, and knowing how much it upsets Stuart just makes every mouthful even tastier. I mention it every chance I get as revenge for him using me as a character in one of his books and giving that character a Phil Collins ringtone!

Oh, that is cruel. I popped up in one of his as a big-nosed, Geordie, western shirt wearing Elvis impersonator. I may have gotten off lightly.

Now. Thorne. He’s a great character and a great series character. How long do you see him going on for? Are there a finite amount of stories you can tell about him?

Well, thanks for saying that. I see him going on as long as I’m still finding it interesting to write about him. It’s the great worry for those of us that write series, isn’t it? Writing that one book two many. Or MORE than one too many. I’ll certainly be breaking it up with standalones to try and make sure the series stays fresh. One of the things that helps I think is that I genuinely have no plan for Thorne, no dossier about him. The reader knows as much, book on book, as I do. So I’m hoping he can stay unpredictable at the very least. When the day does come to say goodbye, I’m still largely undecided as to Thorne’s fate. Right now it’s a toss up between a grisly death, and a happy retirement in domestic bliss with Phil Hendricks – running a nice antique shop in the Cotswolds.

D’you know, I can totally see that. In fact, I reckon there’s a spin off series in it. It could take over the Lovejoy slot on BBC1 on a Sunday evening. Thorne and Hendricks: Antiques Detectives. Crime and cake. Yeah, it’s probably worth doing just for that.

You’re on. Now, you always seem perfectly happy to work within the crime genre. Would you consider writing outside of it? If so, what would it be?

I’ve never really considered that, partly because as you say I’m very happy to be writing crime fiction, but also because I genuinely don’t believe I could do anything else. I think as I write more I become less interested in the crash bang wallop of crime fiction and am starting to focus more on what John Harvey calls the ‘looking out of the window’ moments. I think there will be less onstage violence as I go on though I’m sure the books, if anything, will become darker in tone. I’ll always write crime novels, but I certainly don’t want to write the same crime novel again and again. If you had a gun to my head and I HAD to do something outside the genre? Well, you know how much I love comics, Martyn…

Oh, indeed. Despite my best efforts you still remain resolutely uneducated where comics are concerned. So are you telling me that if DC asked you to write Mr Terrific you’d say no? Then we’d have to develop our plans for the Pie Man and Sausage Boy graphic novel series.

Oh, don’t get me wrong, I’d drop almost anything if we could write Pie Man and Sausage Boy. It’s a dream job.

Music plays an important part in your novels. How important is it in establishing character and atmosphere? And do you wish Tom Thorne still had an interest in dance music?

Are you perchance referring to the ludicrous mistake I made in the first Thorne novel, Sleepyhead? Of course you are. Back then I thought that I could not possibly give Thorne the same taste in music as I had. So along with the country (Cash, Williams, Nelson etc) I gave him a taste for techno and speed garage – music which I personally cannot abide. I thought it would be interesting. I was wrong. It was just stupid, so I dropped it immediately and in the second book it just mysteriously…disappears. Music is hugely important to me – as I know it is to you – and though I don’t listen to it while I’m actually at my desk, I’m listening to it most other times, so it always finds its way into the books. Country is perfect music for crime fiction, I think. These songs are bleak, black stories but told in an entertaining and melodic fashion. I think the fact that Thorne loves this stuff says a lot about him. He relishes the bigoted reaction it provokes, as do I. I know I’m not alone in this. You remember when you and I were at a Richmond Fontaine gig a few years ago? We looked around and most of the crime writers in London were in that audience!

Oh, I do indeed. That was the night I realized that with this crime writer/music thing, we’d all gone beyond parody. It was a great gig, though. Which leads us on to . . .

Rush of Blood. How did that come about as a standalone?

It was always going to be a standalone. It was a story that had been rattling around in my head for a while and the time felt right to get on with it. It was a really enjoyable break from the series even if it sometimes felt scary to be outside my comfort zone. I’m starting to realize I think that every writer needs to get outside that zone every now and again. There have been previous occasions when a book that began as a standalone ended up with Thorne barging into the story. This time I resisted that temptation, although he does make a cameo appearance right at the end. I did the same thing with the previous standalone (In The Dark) as I think it’s a nice way of giving the fans of the series a hint about what might be coming next. So readers of Rush Of Blood will know what’s happened to Thorne since they last saw him in Good As Dead. He’ll be dealing with the ramifications of that in The Dying Hours which is coming in May.

Speaking of Rush of Blood, did you intentionally name it after a Coldplay song?

You know how much that hurts me, Martyn? That kind of accusation is totally unjustified. It would be like me hinting that you had named a book after a Queen album? There, that gives you an idea of how terrible I feel. Just the association with Coldplay has made me a little bit sick in my mouth. To be serious – for a change – I just thought it was a perfect title and had to mentally distance myself from any unpleasant musical associations. How’s your new book coming by the way? I’m really looking forward to the next Tania Carver novel, “I Want To Break Free”.

Queen? As you well know, that’s fighting talk … I would never name a book after a Queen song. Never. The only book with the same title as a Queen song should be Brighton Rock. Although if you ever do a book about Phil Hendricks going bad you could call it Killer Queen …

You probably have the second best sartorial excellence in the crime fiction world (after me, of course). Where do you get your shirts from?

Well, obviously I get them from the same place you do because on several occasions we have turned up at book events wearing identical shirts. We must be the only writers around who need to text one another prior to an event or a festival appearance; not to discuss running order or format but simply to check what shirts we are wearing. These things are important and I feel confident that at this summer’s festivals there will be some ass-kicking shirts on display.

From both of us, I think you’ll find. Can you remember that radio interview we did together in Leicester? We’d both turned up in plaid western shirts and the DJ announced, ‘Well you can’t see Mark Billingham and Martyn Waites sitting here, but it looks like they’ve just come down off Brokeback Mountain . . .’ Oh how we laughed about that. Eventually.

So what’s next for Mark Billingham and Ton Thorne? 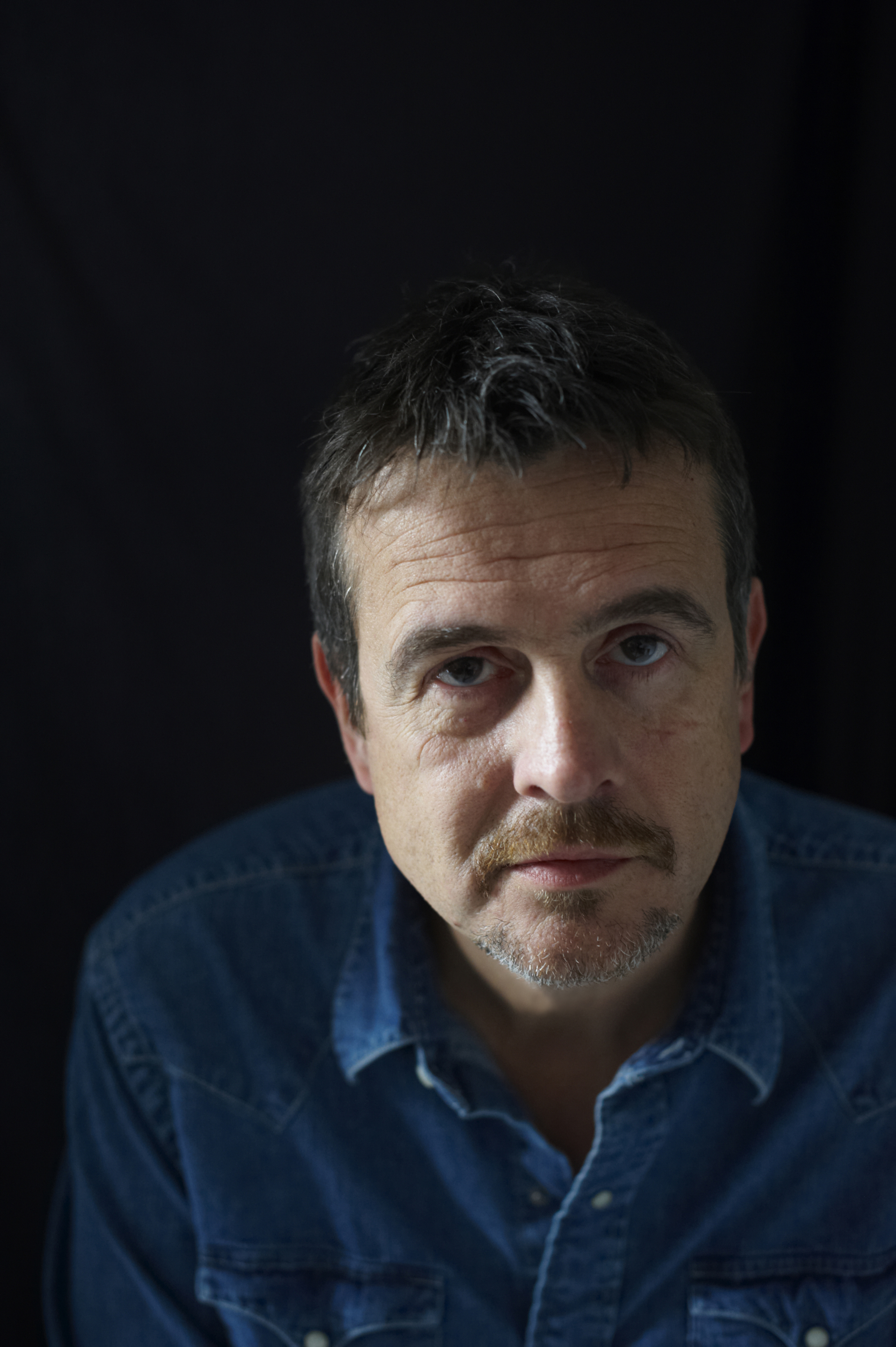 I’ve already mentioned the new Thorne novel which is called The Dying Hours and is out on May 23rd. Thorne is trying to deal with a major change in circumstances as far as the job goes, at the same time as trying to catch a killer who seems able to make people take their own lives. As far as I know there are no connections with Coldplay. I’m very excited about this one coming out and going on the road (in nice shirts) to support it, but I’m already well into the next book, which will also be a Thorne novel. Can’t say too much, other than it’s basically a twisted kind of road trip which Thorne has to take alongside an old adversary. Once again, no Coldplay records were bought or listened to during the making of this novel.

Thank God for that.

@dbongino Hey, Bongo, heard you got your ass handed to you in your frivolous defamation suit.

Thank you, @SarahEGlenn ! Have a great weekend! 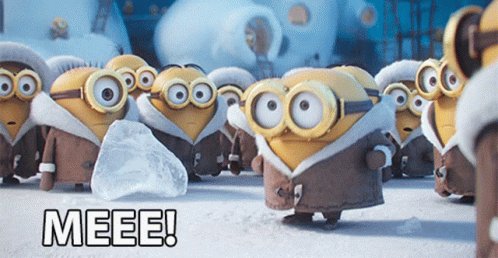