Like many writers (especially these days) unfortunately I’ve had to take on extra work to supplement my income 🙁 The reality is, getting money fast means putting creative projects on the back-burner. 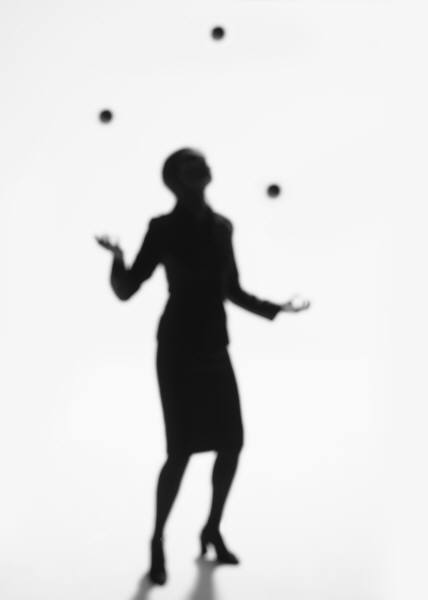 For about three years I was lucky enough to only write (well, write and look after my baby and then toddler!). But I only had two balls in the air — writing crime fiction and motherhood. This was quite an achievement, especially in Australia where the average author makes $10,000 a year.

Around book 3 in the Sophie Anderson series, I was interested in trying something different. I wrote the first three chapters of two completely different books and pitched them to my agent. But Sophie was doing well and I was convinced to focus on Sophie. The big break was just around the corner.

And then everything went to **** (insert preferred expletive). Sales of book 4 weren’t quite as good as the first three books. My US agent and both my US and Aussie publishers were a little perplexed. The reviews were excellent and my editors loved Sophie, so why weren’t the sales on the up and up? When book 5 was a similar story it was official…my sales had “levelled off”. No one seemed to know why Sophie hadn’t taken off like they’d expected, but she hadn’t. We started thinking of other options. I talked to my agent about a new series and the two manuscripts I’d started a couple of years earlier came out of the draw.

Around this time I got an offer of a corporate writing gig one-day a week. It was fairly short term (six months) and the hourly rate was incredibly good. In fact, my husband asked me what I estimated my hourly rate would be on one of my books – and trust me, that’s not something you want to think about! So I took the job and decided to take six months off my own writing.

Once the six months were up, I decided to work on the action thriller I’d started years earlier. I made revisions to the proposal and first three chapters before sending it through to my agent. I waited, with that terrible mix of fear and excitement that all authors feel when someone is reading their work.

Three weeks went by and I hadn’t heard back. I thought it was strange but was about to go on a 10-day holiday and decided I’d follow up when I got back. But while I was away I got an email to say that my agent had passed away. I had only met her a couple of times but she seemed like an incredibly strong woman. I thought she’d been in her fifties, but she was in her sixties.

For a while there was uncertainty over what the agency would do and I certainly wasn’t going to hound her husband (who’d taken over the agency even while grieving) or the one assistant. But eventually I had to make the phone call. The agency was still in flux and after chatting to the assistant I decided, given I was starting a new series anyway, it would be a good time to move to another agency.

That was November last year. I queried a few agents and got interest but no offers of representation. One agent suggested that in the current economic climate I might have to finish the book rather than getting an agent and deal on the first three chapters alone. My past sales track record was good, but not great.

I took her advice and wrote like a demon (is that an expression in the US??). By the end of March this year I had completed my action thriller. I started the submission process again, only targeting ‘top-tier’ agencies. Again, I got interest and compliments on my writing but no offer of representation. It seemed action thrillers were mid-list books unless the author was already established – or perhaps if it was such a phenomenally new take on the genre that it was mind-blowing. But mine was/is a well-written (so I’ve been told), darker-styled classic action thriller.

In the meantime, finances were getting very tight and I had to take freelance writing gigs to make ends meet. At times I felt/feel like I’m selling my soul when I’m writing corporate pieces, but at other times I feel like I’m just doing what needs to be done to make ends meet. And let’s face it, I’m extremely lucky. I’ve been doing freelance work (from home, around my daughter’s pre-school classes and activities) and some of the content has been extremely interesting. I haven’t had to put my little girl in day care and go in for a 9-5 (more like 8-6) job. And I’ve actually been writing – just not my stuff. Remember this golden oldie? Don’t know what the Disney version is about…

So, what have I been doing?

For the first half of this year I taught a writing class at Victorian Writers Centre. It was fun and also interesting to revisit some of the basics of character, plot, etc. I re-acquainted myself with my writing books (my favourite is Self-editing for Fiction Writers Renni Browne and Dave King) and discovered some new books too (like Donald Maas’s Writing a Breakout Novel).

I started a new project of my own – something completely different again. If this book gets picked up it will take me into an entirely new genre…I might even get kicked off Murderati! My only problem is I haven’t worked on the book for nearly three months now because I’ve been too busy with the corporate work. Catch 22. Need the money to write, but when I get the jobs I don’t have the time to write!

Anyway, back to my eclectic mix…I’ve got two ghost writing jobs on the go. One book is called Death in a Cult and it looks at a young boy whose death was ruled suicide but there are still questions. I’ve been commissioned by the boy’s grandmother to write the story and she’ll self-publish if the book doesn’t get picked up by a publisher. The other ghost writing job is for a book that looks at the different ways women process information and behave when it comes to finances. Some interesting psychological stuff in there! The proposal and first four chapters are currently with a couple of agents. So, that’s two balls in the air.

In the past two weeks I’ve written a website for financial services companies and a couple of brochures. Couple more balls in the air, and why not add a couple more… I’ve also been commissioned to write four presentations in the next couple of months.

I hope to finish Death in a Cult in the next four weeks and then move back on to my drama book (in between the presentations, the women’s finance book if that gets picked up and any other jobs that come my way!). Will I ever be able to get back to my writing?

So, how do you juggle your various roles? Have you got too many balls in the air like me?

Now I’m off to check my lottery ticket. If I don’t respond to comments it’s because I’ve won and I’m out celebrating.

18 thoughts on “Making ends meet or selling my soul?”