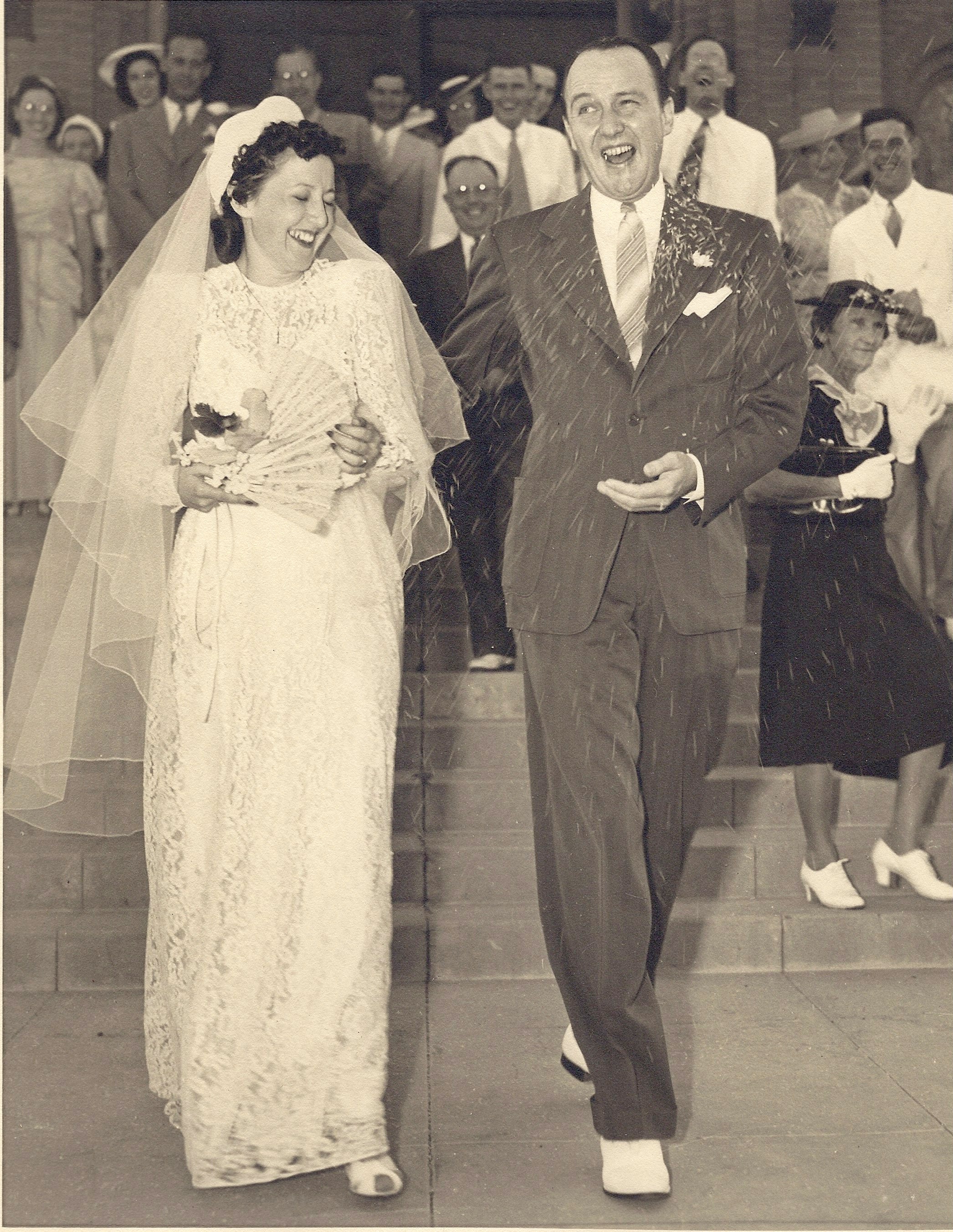 I told you two weeks ago about the rekindled relationship with my siblings and what a wonderful experience it was working with them to divide up my mother’s estate – a task that could have been fraught with angst and frustration.

The trip took longer than I expected and we accomplished less than I had hoped, but we got decisions made, experts resourced and a timetable in place. We plowed through closets and file cabinets and drawers stuffed with old papers, photos and mementos. We found my grandmother’s satin wedding shoes from 1898. My mother’s cape from nursing school when she graduated 74 years ago.

I don’t have many love letters from Bruce. Nor from earlier beaux. Our relationships were carried on in the days of easy phone access, dotted notes and emails. But my parents grew up in an era of diaries and long letters and longer absences. Thoughts and hopes and dreams left on the page for someone else to read and reread.

And that’s what I found.

A couple of years ago I posted a blog here about my father. He died when I was sixteen and I remember him only as a distant and cold man. He kept separate rooms in the house for himself and only dined with the family three times a year. He was a strong presence in my life, like that of a chilly draft in an otherwise warm room. I was always told that the war had changed him.

They had planned to marry on August 17, 1941. On July 29 of that year, he was told to report to Kodiak Island in Alaska. My mother crossed off the August 17 date on the invitations and wrote in “August 1.” They married and hopped on a train for San Francisco. He got off in Los Angeles to report for duty and my mother continued on to San Francisco for a honeymoon alone. She didn’t see him again for five years.

What she didn’t tell me was that she kept the letters he sent home … hundreds of them … one every two days for five years. They are still in their little parchment envelopes, rimmed with blue and red stripes for airmail. Each one still has the censor’s initials and stamp of approval. The handwriting is strong but ornate, befitting one who was educated in the ways of penmanship.

And as I read, I met a new man. A man who used endearments. A man of wit and humor. A man who enjoyed gossip. A man who loved deeply and was loved in return.

“I hope that this letter will reach you in time to tell you that for the New Year I only wish that you should remain my very lovely and adorable wife. It seems that every little thought or action that I might have is linked so closely with you that I have no choice of my own. I love you so.”

This from a man who never called me by my name.

He also seemed introspective and unsure in the letters, traits I would not normally have credited him with.

“Tell me, dear, why do I make so few close friends? I know that I demand perfection in anything that is associated with me and I know that I can be sarcastic and over-bearing but why people fear me either in my judgments or opinions, I cannot guess. Can you tell me? It has bothered me so much since I have been here.”

He wrote with a strong sense of duty and honor:

“Granted it is unnecessary in a way and calls for some sacrifices and hardships but we can’t help looking on it as a duty or service and in some ways an opportunity. I can’t help but feel that out of this will come a better, fuller life for a greater number and that it is not the end of everything. It may have taken a war to bring to the world’s attention the conditions that brought about such bitter feelings – mainly the economic inequality among nations and individuals, the crowded distribution of population in some areas, and the age old hatred of races and nations. When we win, many of these things will be corrected and this old world will be set for a long productive, peaceful and plentiful era.”

And he was a hopeless optimist:

“I am not the least afraid of the future and look forward to the fun of living in it. Also the effect on the allied nations after the war will be great. England will become a democracy in fact rather than word. The U.S. will further consolidate social and labor reforms and government will retain strong control over business. And Russia will come out of its secrecy, double-dealing and distrust and become one of the world’s great powers along with us.”

My sister and I read from separate boxes of letters, sharing choice comments or sadnesses as we found them. “I spent the day in 1941,” I told her over a cocktail. “I was living in 1943,” she replied.

I’ve met a different man than the father I knew and I take great pleasure in making his acquaintance.

So tell me about love letters, ‘Ratini. Do you keep them? Do you need to burn them before your heirs go through them? And if you don’t have them any more, which is the love letter you would most like to have in hand?