My last PD Martin book (Kiss of Death) was released in Australia in January 2010. That’s nearly two and a half years ago. Last week finally marked the release of another full PD Martin novel—Hell’s Fury. Today I wanted to share a little bit about the long, hard journey from Kiss of Death to Hell’s Fury. And while I have released a novella, a couple of shorts and a Pippa Dee children’s/YA book on Kindle,  Hell’s Fury is the first full “PD Martin” book…and it feels like a long time between drinks (cheers, by the way!).

The idea for Hell’s Fury was born nearly 10 years ago. It came to me at a time when I’d been trying to get published for a few years and self-doubt was taking over. I was beginning to think maybe writing wasn’t for me. So, I took some time off. But the ideas didn’t stop and so I jotted them down. By the end of a three-month hiatus, I had four ideas that I liked enough to pursue as full novels — but they were all very different. I narrowed it down to two: one based on a nightmare I had about a serial killer, and one about a spy or ex-spy. I wrote the first few pages of both; deliberated, and then pursued option 1. That book turned out to be Body Count, my first published novel.

Then, my agent and publishers wanted more Sophie Anderson books and so I wrote another four novels in the series. After Kiss of Death I knew it was time to move onto a different character. But what would I write? The spy novel? Something else? I delayed the decision by working on Coming Home (ebook novella).  Then I got offered a great corporate gig (interesting and some much-needed cash) and while it was only about 12 hours per week, working those hours in around looking after our then 3yro … well, it was full time for me. I did try to juggle both the corporate job and creative writing for a month or two, but I was simply too tired.

Eight months later, my contract was up … and I still didn’t know what to write. I toyed with two ideas and sent them to my agent. I waited. I went on holidays. Then I got an email to say my agent had passed away.

A few months later I did the rounds with the first four chapters of two novels (one of them was the spy thriller—Hell’s Fury). But Borders had just collapsed, GFC had hit and the agents weren’t jumping for new clients. Times were tough and my sales figures for the first five Sophie books were ‘pretty good’ rather than ‘great’. The consensus was that I’d have to write one of the novels completely and then get back to the agents.

So I did. And it was probably the hardest slog, ever. Was it because I’d had more than six months off and was out of practice? Maybe I’d just ‘lost it’ as a writer? Or maybe this wasn’t a book I was supposed to write. Regardless, I stuck it out. I kept writing, even though nearly every word felt like pulling teeth. Finally, I was done. But there were problems—it would be a massive rewrite for the second draft.

Happily, the second draft came easier. I got into the main character’s head more, worked out new sub-plots and back story. I had new ideas. I was back in the zone. And so, I started thinking maybe this WAS a worthwhile project after all.

I finished it and over the course of the next seven months I sent it out to my top 10 agents. And while I got lots of compliments on my writing, no one signed me up. So then I started questioning myself and those writerly self-doubts reared their ugly head again. I decided I was washed up when it came to “PD Martin”. But, I did have another idea, a very personal story. And so, I moved onto the next project, a women’s drama, while also juggling full-time motherhood and writing projects that would actually help to pay the bills—now.

Ten months later, I’d decided to launch into the ebook space. Could my spy thriller be part of my ebook strategy? Was it good enough? I gave the spy thriller to a voracious reader friend and she promised to be brutally honest. She read it within less than a day and absolutely raved about it. Loved it. Wanted to know when she could get her hands on the sequel. And more importantly, she said it was definitely up there with the best thrillers and spy thrillers she’d read.

My confidence was restored and I sent it to a few other Beta readers. Everyone agreed that the book was really good. So, rather than sending it to my ‘next level’ of agents, I decided to get it ready for self-publication on Kindle. So after a professional edit and a cover design, Hell’s Fury was launched and is now on Amazon and Smashwords.

It feels like it’s been a long time between drinks … certainly Hell’s Fury was many years in the making. But it’s out there and I’m extremely happy with my new ‘baby’. It hasn’t been up very long so has only got one review, but it was a five-star one. And from a reader who’s new to me, new to PD Martin. Happy days!

So, when did you feel full of self-doubt? And did you power through it?

She lies in an Afghani prison cell, disowned by the CIA and regularly tortured. Seven months into her prison term, a lone operator stages a daring extraction. But who is Decker, the mysterious man behind her rescue?

He claims to represent The Committee, an international group made up of ex-professionals from the CIA, FBI, Interpol, MI5, Scotland Yard, Mossad and ASIS; a private organization that serves and protects where the current intelligence or justice agencies fall short.

Decker also claims to know her long-dead father, and brings to the table an offer she can’t refuse; “Go on one mission, and I’ll tell you about your father’s secret life.”

Her assignment: John Hope. Her orders: kill him.

5 thoughts on “Long time between drinks” 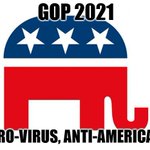