Okay, so today is actually my birthday. True story, I was born 6 minutes to midnight, so 6 minutes shy of April Fools Day (not that there is anything wrong with that for any of you celebrating tomorrow.) My dad actually heard two cries, one before midnight and one after, and thought that my mom had had twins. In the rush to make sure I wasn’t born on April 1st (apparently the doctor thought that was a bad thing), clamps were used, and my head was a bit pair shaped for a few hours…insert “so that’s what happened” jokes here.

Anyway, I’ve been so busy, I almost forgot it was my birthday. Why? Well, next week t the new Quinn novel THE SILENCED hits stores, and I’m on a mini tour for that, but it’s not the only new book I have out. In fact, it’s the other one, plus a couple short stories I want to talk to you about today…all three of which are available now.

Like my friend and fellow Murderati Dusty, I have jumped into the world of electronic self-publishing. Firmly. Last week I released two short stories and a brand new novel, and those are just the start of more to come. 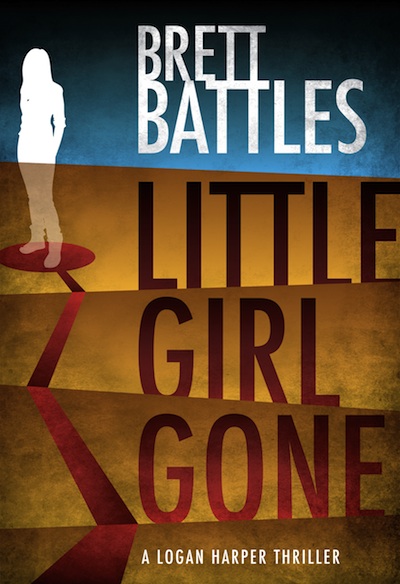 Logan isn’t looking for redemption. He just wants to live in peace and forget his troubled past. But one morning his quiet life is upended when he interrupts the attempted murder of his father’s best friend Tooney.

The next thing Logan knows, he’s on his way to Los Angeles, searching for Tooney’s missing granddaughter and uncovering a sinister plot connected not only to Tooney’s Burmese past, but also to the boardrooms of corporate America.

As the odds stack up against him, Logan must fall back on old skills from the life he’d rather forget. He’s made a promise, and the only way to fulfill it is to bring the girl home alive.

You can get LITTLE GIRL GONE for only 2.99 at the Amazon Kindle Store, BarnesandNoble.com, Smashwords, and, in the UK for £2.12, the Amazon UK Kindle Store.

I’ve also recorded myself reading the first chapter, had have embedded the player here:

I really enjoyed writing Logan, and look forward to created more stories featuring him and the cast of characters around him. And a quick thanks to Jeroen ten Berge—the same designer who Dusty uses—on the awesome cover art!

On the short story front… 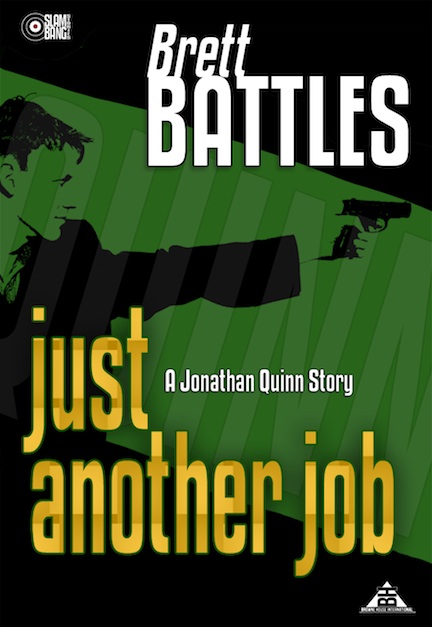 JUST ANOTHER JOB – A Jonathan Quinn Story, is a glimpse into the life of a cleaner, a man who works in the shadows.

Not everyone who gets shot is supposed to be shot. And those who are shot don’t always die right away. It’s not Quinn’s job to kill people, but it is his job to clean them up. Sometimes, though, they’re not quite ready to go.

Cool cover by our own Robert Gregory Browne. Thanks, Rob!

PERFECT GENTLEMAN, a tale of a different kind of family.

No, Wade’s none of those things. He’s their Papasan. He runs the go-go bar where the girls dance and entertain. But that doesn’t make them any less than a family.

And rule number one: don’t mess with the family.

You can purchase PERFECT GENTLEMAN for only .99 at the Amazon Kindle Store, BarnesandNoble.com, Smashwords, and, in the UK for £0.70, the Amazon UK Kindle Store. (http://www.amazon.co.uk/Perfect-Gentleman/dp/B004TGUD5I)

Once more, Rob did the cover.

What better way to celebrate my birthday than to pick up one (or all three) of these? Okay, that’s blatant pandering, but it was too funny to resist.

These are just the beginning. I have another full length novel which will be out before the end of April, and be warned, it is a heart stopper! I’m also planning on releasing the first book in my new YA series HERE COMES MR. TROUBLE around the same time. And there will be more short stories and novels before the years out.

Why have I chosen this route? For one reason, I write a lot, and things have just been stockpiling much to my annoyance. But now with the freedom that self-publishing offers, I no longer have to wait a year or more before a book comes out after I finish it. For another, I like being the one in charge instead of the alternative. And I love the idea that I can write what I want and not worry if someone thinks it won’t do well, so it shouldn’t be published, or will be under-published, etc. I was as stunned as most of you were by Barry Eislers announcement last week on Joe Konrath’s blog. Stunned, yes, but not shocked. It was coming, and I completely understand Barry’s reasons, and, quite honestly, I agree with him. That’s why months ago I had come to many of the same conclusions had have been working to get to this point.

I’m excited about this new digital world, and am going to be a willing, enthusiastic participant.

I hope you check out LITTLE GIRL GONE, JUST ANOTHER JOB, and PERFECT GENTLEMAN.

If you have any questions—about the books, about epublishing, about the weather—put them in the comments, and let’s discuss!