Today sees the announcement of the Crime Writers’ Association Duncan Lawrie Dagger Awards. The top prize, for the Duncan Lawrie Dagger itself, is £20,000 – a sliver under $40,000. Tonight I shall be putting on a posh frock – Alex’s wonderful description of ‘stunt dressing’ springs to mind – and mixing with the great and the good at the swanky Four Seasons Hotel on Park Lane in the Aston Martin area of London. Sadly, I shall not be doing this because I’ve been nominated for anything, but because for the last four years I have been the Press Officer for the CWA.

And this is my last time.

They’re a nice bunch, the CWA, and I look back on previous Chairs with great affection, but a couple of recent minor nudges made me suddenly realise that the time has come to stand down. It’s not just the putting together of the 50+page press packs to be handed out on the night, the numerous press releases, and the mammoth task that is the gathering together of comments, synopsis and biog information on up to ten shortlisted authors for each of eight different awards. On top of fielding every day press enquiries, there’s also the shortlists and results for the Ellis Peters Historical Award, made towards the end of the year, and the announcements for the Cartier Diamond Dagger, awarded each May. Of course, the only time anyone contacts you about any of this is when you’ve made a mistake, but that’s just human nature and I expect and accept that as part of the job.

No, the realisation finally dawned that I’m trying to do Too Much and I need to shed some load. To coin a nautical phrase – better jetsam than flotsam.

That’s the trouble with having a pretty strong work ethic, you see. When people ask for volunteers I find it very difficult to sit on my hands and look the other way. So, I keep taking more on, and I’ve always found that the more you do, the more you’re capable of doing. Thus, I work full time doing a self-employed, self-motivated job that isn’t just a 9-5, five days a week, for someone else. We constantly have to go out and find fresh work or it dries up. We work weekends and evenings, regardless of public holidays. We don’t have TV, so we only tend actually to stop work for meals, or when we literally fall asleep over our computer keyboards.

And, somewhere in the midst of all this, I write the books, too. In the cracks of the day job, on my knee on a lap top in the car, in the early mornings and late into the night, in pencil in a notebook in snatched moments. A compulsion, rather than anything else.

Several years ago we took on the task of self-building a house, doing most of the construction work ourselves. While still working full time, and still writing those books. And then along came the CWA and fixed me with a hopeful eye and said would I mind taking on the Press Officer’s job? And, of course, I said yes.

And now I have to say no.

I feel selfish, cowardly even, but I can’t ignore the signs any longer. The temper, the frustration, the mood swings, the despair. The danger signs. They started off as background irritations, but now they’ve got too big and too loud to ignore.

Stress, they say, is not caused by workload. It’s caused by not coping with the workload. Well, I’ve loaded myself up with work about as far as I can be loaded, and now I need to ease off before something breaks. Tolerance to stress is an elastic property. We all need a little stress to keep the blood circulating, but too much of it can kill you.

And you can only stretch it so far. Like alcohol intake. A lot of people like a drink, but once you’ve tipped and fallen, the knack of moderation is lost and you can never take another sip. I’ve seen people broken in pieces by the stress of their high-powered jobs, only able to go back to the mildest of labours, if at all. I cannot envisage a time when I am unable to write, but we visited a friend last weekend who is in that position. I ached at his frustration, at the stories he writes from beginning to end in his head, that he just can’t get down on the page.

It’s a place I don’t want to go, not even for a temporary visit, and I don’t want anyone else to go there, either, if it can be avoided. We live life today at a frenetic pace, where any slackening or pause is taken as a sign of weakness, where doing less is a vice rather than a virtue. I’m not advocating stopping dead in the water. Far from it. But you have to identify what’s important – time with your family, your loved ones, your creative spirit – and prioritise it so that it’s allowed to thrive.

I’ve never wanted to do anything but write. I do not want to go to my grave with the song still in me.

This week’s Word(s) of the Week are jetsam and flotsam. Only a slight difference between the two, but an important one, I feel. A piece of jetsam is an object jettisoned from a ship in an attempt to prevent it from sinking, whereas flotsam is an object that has floated off a ship as it goes to the bottom.

Due to being present in London at the Dagger Awards, my replies to any comments may well be delayed and erratic. Apologies in advance!

7 thoughts on “Life, and Other Addictions”

Omg!! What a thrill!! CONFESSIONS ON THE 7:45 has been nominated for the ITW Thriller Award. Honored to share the Best Hardcover Novel category with @ivypochoda @blacklionking73 @JoeIdeTweets @richardosman. Congrats to all!! 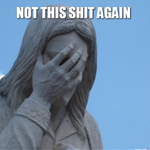 I love being the one to share good news. Also, I now know that DMs get to @LauraMLippman faster than emails. 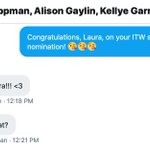 Reply on TwitterRetweet on TwitterLike on Twitter29Twitter
Load More...