I know I’m off by a few days, but I thought I’d pretend it’s still Father’s Day and devote this blog post to my late, great old man, Jack Woodward Haywood: 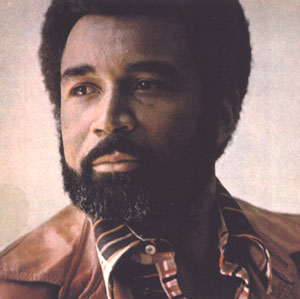 He passed away fifteen years ago, but his impact on my life remains profound.  Anyone who’s ever heard me relate my “writer’s story” — the blow-by-blow of how I came to be a professional author — knows that it all started with “Big Jack” (as his cousins liked to call him).

An architect by trade, Dad was a voracious reader of science fiction and fantasy, and you couldn’t take two steps in my parents’ bedroom without stumbling upon a mound of paperback novels by such authors as Isaac Asimov, Robert E. Howard, Harlan Ellison and Ray Bradbury.  The covers of these novels always featured fantastic illustrations of spaceships and aliens, Martian landscapes and muscle-bound, loin-clothed giants locked in mortal combat with oversized serpents and spiders . . . 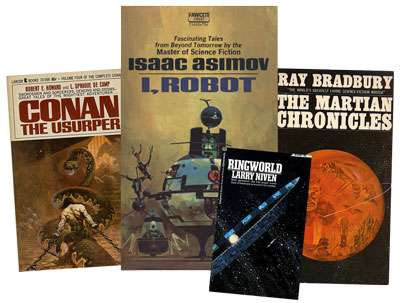 . . . and they were as great a siren call to a seven year old boy as hot dogs on the dinner table.  Reading behind my father became my great obsession, and in that obsession I soon found my calling in life: writing.

It was an ambition my father encouraged with a very light hand.  Secretly, I think, he wanted me to become an architect like him, but as he would never actually say so, he was content to let me pursue a career in letters instead.  This is not to say, however, that he did much in the way of cheerleading.  That wasn’t my Dad.  His style of parenting demanded he leaven every word of positive reinforcement with three of constructive criticism, and sometimes the former was hard to make out in the forest of the latter, especially for a kid who really only wanted to hear how great his latest story was, not how much better it could have been had he only . . .

My father, in other words, was a difficult man to please.  I like to say that had I one day rushed home from school to report I’d just won a Pulitzer prize, Dad’s response would have run somewhere along the lines of, “That’s fine, son, but if you’d really been trying, you would have won two.”

Eventually, I figured out that nothing I wrote or did was ever going to earn his unconditional approval, and so started tuning him out as a Nattering Nabob of Negativism (as Nixon Vice-President Spiro Agnew might have once called him).  The old man would say something and I’d nod my head, as if in complete agreement, when in fact I’d be dismissing this latest lesson in life as simply more of his pessimistic nonsense.

Except that it wasn’t always nonsense, of course, and sometimes it took me years to separate the wheat from the chaff.  Doing the math now, I’d have to say my father was right more often than he was wrong, and the things he was right about were generally those that really, truly matter.  It was with this belated realization that I opened my first novel, FEAR OF THE DARK, with the following dedication:

For My Father
Jack W. Haywood
Whose wisdom I often mistook for raving lunacy.

(Hence the name for my personal blog, Wisdom Mistaken For Lunacy.)

I won’t even attempt a full list, because neither you nor I have the time for it, but here is a partial accounting, at least, of the many lies my father told me over the years that turned out to be not only true, but incredibly valuable for a writer to know: 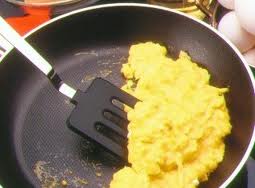 You can scramble eggs in the frying pan.

Watching him do this for the first time (and probably last, now that I think about it — Dad wasn’t a big presence in the family kitchen), I was absolutely convinced he was nuts, skipping the whip-the-eggs-in-a-bowl step in making scrambled eggs entirely.  But hell if the damn things didn’t look — and taste — exactly the same when they were done.  Who knew?

The vast majority of published fiction is crap.

The year was 1977 (or thereabouts).  He’d taken me to dinner and we were browsing a newsstand afterwards.  I asked if he’d be willing to pick up the tab for a paperback and he said yes (miracle of miracles).  I chose a Starsky and Hutch novelization: 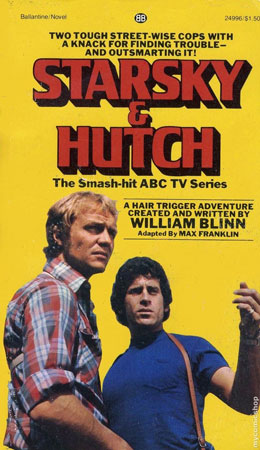 Just like you are right now, no doubt, he laughed in my face and told me if I wanted him to plunk down his hard-earned cash for a book, I’d have to do better than that piece of crap.

I was appalled.  “Piece of crap”?  How did he know the novelization was a piece of crap?  He’d barely glanced at it, let alone read it.  He knew nothing about the author.  How could he so casually dismiss a published novel — a book legitimized as genuine literature by its very existence on that newsstand — as crap?

“Because ninety percent of the fiction published in the world is crap,” he said matter-of-factly.

Naturally, this triggered a lengthy and rancorous debate that ended only when I’d capitulated and chosen another book for him to buy for me, which turned out to be THE AFRICAN by Harold Courlander.  (Interesting aside: Courlander would later successfully sue author Alex Haley for plagiarism, claiming Haley had based much of his blockbuster novel ROOTS on scenes taken from THE AFRICAN.)

While I’ve since come around to my father’s way of thinking regarding the abysmal quality of most published fiction, give or take a few percentage points, all I could do that night was agree to disagree with him, chalking up his stance on the subject once again to the tunnel vision of negative nabobism.

Weeks later, having read THE AFRICAN, I would refrain from admitting to the old man that he’d been right: Courlander’s book was terrific, and was almost certainly a better read than that Starsky and Hutch novelization — crap or no — could have ever been.

Touch typing is not for sissies.

Boy, did we go around and around over this one.  I wanted to take something useful like archery for my tenth-grade elective class, and Dad wanted me to take typing.  Typing!  What in the hell did the man think I wanted to be when I grew up, a writer or something?

He was relentless.  I took the typing class.

I thank God every day of my life I did.

Pizza is to die for.

Another boys’ night out with the old man, and he decides we’re going to have pizza for dinner.

No way, says I, that stuff is nasty.  The only pizza I’ve ever tried to this point is that cardboard cheesy crap my mother likes to order between movies at the drive-in . . . 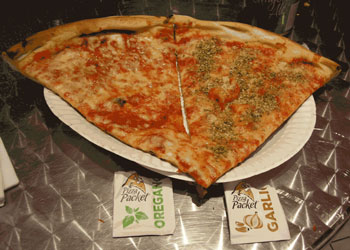 . . . and one bite into such an affront to all that is edible should be enough to put any man off this so-called “Italian delicacy” for the rest of his life.

“Boy,” Dad says — “boy” being his favorite synonym for “you big knucklehead” — “that’s not pizza!”  And the next thing I know, I’m at Miceli’s pizza parlor in Hollywood, where my father has to all but force a slice of meat lover’s pie down my throat.

My illumination is immediate.

I guess Jack W’s not such a dummy, after all.

Hyundai is a car company to watch.

It’s a good thing I didn’t have the power to have my father committed when he first suggested this, because he would have found himself strapped into a straight jacket within five minutes if I had.  This was back in the Korean automobile manufacturer’s earliest days importing cars to America, and everything they built at the time made a Yugo look like a Rolls Royce by comparison.  Hyundais were so bad and ugly, in fact, that I gave my fictional private investigator, Aaron Gunner, one to borrow from a cousin whenever he wants to be all but invisible during stakeouts and surveillance runs.

But look at Hyundai now.  Kicking mucho Toyota ass and taking names.  How Dad could lay eyes on this . . .

It’s for sure I was.  He wasn’t the perfect father, by any means, but he got enough right as a parent and mentor to earn my enduring love and respect.

Thanks for the education, Big Jack.  We miss you.

Questions for the Class: What “lies” steeped in truth did your parents teach you?