Ooh, scary.   But maybe I can get away with it because it’s St. Patrick’s Day and everyone’s going to be drunk by noon anyway, right?

Maybe I’ve been thinking about gender and writing because there have been some little mini-explosions on the subject on several listserves/message boards I’m on.   Some female writers challenging a list of favorite mystery authors because there were practically no women on the list.  A guy storming out of a romance writers class on “How Men Think” because, from what I gather, the instructor basically said that – well, they don’t.   (That is an argument I don’t intend to touch, by the way…).

Or maybe I’ve been thinking about it because I made the unbelievably stupid move of writing my second book from the male protagonist’s POV.   Never again, let me tell you.

But frankly, they’re exhausting.   And reading men can be that way, too.   I mean, it takes work.   Like, it’s great and exciting and sexy and stimulating to travel in a foreign country, but doesn’t it also feel good just to come home, where everyone talks like you do and dresses like you do and you’re not fighting with the language and culture and mores?   Where you can just relax and be yourself?

I’m not talking about quantity, by the way.  I certainly read just as many men as I do women.   It’s the comfort level I’m getting at.

I think it has a lot to do with the fact that I read and write violence.   Crime, mystery, suspense, supernatural terror.   Danger, jeopardy, death.

And it is so cathartic for me to read women writing violence because women live with the threat of violence so intimately that it’s what I can only call a relief to read it from another woman’s POV  (But I won’t go there right now because Cornelia Read did so well with the topic recently, here.).

So given all of the above, why on earth would I be writing from a male POV with this book  (besides the obvious masochism thing, but that’s another post…)?

Well, it’s simple.   Because that was the story.   He was the main character.   So what could I do?

What I found is that it’s MUCH harder to write a book with a male lead than a script with a male lead, because with a book you have to be inside his head all the time.   Which is just, well, scary.   And like being in a body brace at the same time.

Luckily I have male writer friends coaching me along, for which I am eternally grateful, but it’s WORK, people, doing this male thing.

I was talking about my book, THE PRICE, in a college class I was speaking to and (because I seem unable to censor myself these days) railing about how hard it is to write a man, and one of them quite logically asked me, “Why didn’t you just write it from the wife’s POV?”

Well, that stopped me for a second.   Had I been ignoring the obvious all along?

But no.   While it would have been easier for me to write from the wife’s voice, and while she actually is the one who goes through the most trauma in the story, she doesn’t really CHANGE.   She is ready and willing to make the big move from the very beginning of the story and she does it without question, while her husband is NOT ready to make that commitment in the beginning and he has far more of a struggle with himself to get to that point.   And that struggle is the definition of drama.

So it was, intrinsically, his story, and I had to tell it from his POV to make it a story.

Maybe I should have waited for a couple of books to tackle something so alien, but the bottom line is, the story is the story.   And I want to be a good writer of men, being that you all are half the human equation, and nothing really makes any sense without you.

So I guess what I want here (besides Guinness, because, you know, because) is some commiseration, and/or advice.

For writers – how have the rest of you dealt with writing from the POV of that other gender, male or female?    Did it flow, or did you feel possessed by the demon Pazuzu?   And for readers and writers -are there writers you feel write the opposite gender (from themselves) really brilliantly?

18 thoughts on “Let’s Talk About… Gender”

@ryanstruyk If the hood fits... 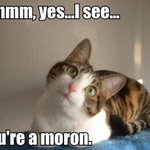 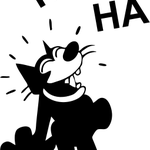 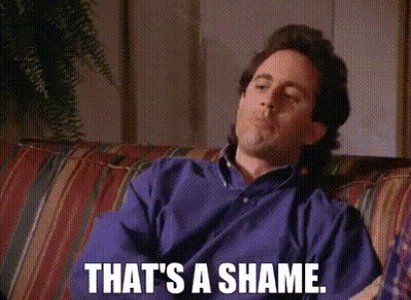