Spring is here, my OCD has kicked in, and I have started on a spring project that you all are going to get the benefit of (or have to suffer through, one of those…)

I’ve been wanting for a long time to go through this Story Elements Checklist I compiled a while ago and revise and expand it with all the great new things I’ve been learning in my own workshops this year.  My plan is to work through the elements one by one, discussing each in-depth, hopefully with lots of brilliantly illuminative examples and analysis.

How’s that for a resolution?  (Yes, the mania has kicked in as well….)

And I am especially in need of doing this because I am sunk into the ENDLESS, INTERMINABLE SLOG portion of my own writing process, ie. three-quarters of the way through that wretched first draft of my new one, and can only dream longingly of happier days of brainstorming or rewriting.

I think my main focus throughout is going to be Visual Storytelling, but you never, ever can tell once I get going.

But one of the main points I’ll be trying to make is: just as filmmakers consciously design some of these key story scenes for maximum emotional and visual impact, we as novelists can be doing the same thing on the page for our readers – making the most of critical scenes such as ESTABLISHING THE HERO/INE’S GHOST, THE CALL TO ADVENTURE, CROSSING THE THRESHOLD, ESTABLISHING THE PLAN, and so on.

There’s a saying in Hollywood that “If you have six great scenes, you have a movie.”   Well, very often these six great scenes are off that list of the key story elements.   It makes sense, doesn’t it?  Scenes like THE CALL TO ADVENTURE and CROSSING THE THRESHOLD are magical moments – they change the world of the main character for all time, and as storytellers we want our readers or audiences to experience that profound, soul-shattering change right along with the character.   These are numinous events, and we want to write scenes that are worthy of them.   That’s why I think it’s a wise idea to study the more blatant examples – the way these scenes are depicted in fantasies like Harry Potter and The Wizard of Oz – so you get the full-on, literally magical experience of a Call To Adventure or Crossing the Threshold scene first – and then start looking for more subtle variations in less fantastical stories.

For those just joining us who want to play along, or for those who somehow never got around to doing this, now would be a good time to make a MASTER LIST – a top ten (or more) list of your favorite movies and books in the genre that you’re writing and/or similar in structure – Orr if you don’t have a premise in mind, ten movies and books that you WISH you had written – so you can refer to the list for examples.

And we’ll start, as the song goes, at the very beginning, with OPENING IMAGE.

In a film, of course, you have an opening image by default, whether you put any planning into it or not. It’s the first thing you see in the film. But good filmmakers will very consciously design that opening image to establish all kinds of things about the story – mood, tone, location, and especially theme.

Think of the opening image of WITNESS – the serene and isolated calm of wind over a wheat field. It’s the world of the Amish – the non-violent, unhurried world into which city violence will soon be introduced. It’s a great contrast with the next image to come – the chaos and noise of the city. This is a great opening image because it also suggests the climax  – which takes place in the grain silo – one of the villains is killed by the spill of grain.

The opening image of ROMACING THE STONE is a classic, gorgeous Western shot of magnificent buttes in a desert landscape and a voluptuous buckskin-clad heroine straight from the old bodice-rippers.   It’s adventure and romance which the voice-over narration also establishes as comic and tongue-in-cheek.   It’s a great miniature of the whole story – this is protagonist Joan Wilder’s fantasy, which quickly becomes her not-so-appealing reality.

The opening image of THE USUAL SUSPECTS is a boat on fire in a dark harbor and a man taking a piss into the dark water… a sly reference to Verbal and the whole movie “taking the piss” – as the British say – on the audience.

The opening image of SILENCE OF THE LAMBS is a dark, misty forest, through which Clarice is running as if in a dream;  it’s eerie, disturbing, and hypnotic – putting us, the audience, squarely in a dream with her.

Well, novelists, instead of (or in addition to) killing yourselves trying to concoct a great first line which will just as likely annoy a reader into throwing your book against the wall as make them keep reading, how about giving some thought to what your opening scene LOOKS like? It takes a lot of the pressure off that first page anxiety – because you’re focused on conveying a powerful image that will intrigue and entice the reader into the book.

What do we see? How does it make us feel?  How might it even be a miniature code of what the whole story is about?

Take a look at a few of the films on your master list and see what they do with the opening image.   Bear in mind that the opening image may be more of an opening scene – and the key image may not be the very first thing we see.  For example, in CASINO, the film starts with DeNiro walking out to his car, with narration over.   Then as he gets in, the car explodes in flame – and the credits sequence begins – the visual underneath which is a long, long take on a cut-out of a man falling slowly through flame – a descent into hell.  That falling through flame, with the blinking neon of the casino all around, would be the opening image, what Scorcese has chosen to fix in the audience’s mind – it is exactly what the story is about.

One of my favorite opening images/sequences is the credits scene of THE SHINING.   I don’t think there’s a creepier opening to be found anywhere in film.   It’s all aerial camerawork of those vast, foreboding mountains as that tiny little car drives up, up, up toward what turns out to be the Overlook.   It’s vertiginous, it’s ominous, it emphasizes the utter isolation of the hotel and the circumstances, and somehow, through the music and the visuals and the constant movement, Kubrick establishes a sense of  huge, vast, and malevolent natural forces.   As a horror writer (or whatever you want to call me), I am constantly looking for ways to convey all those things – that EXPERIENCE – on the page.

Here’s another great film technique to be aware of:  The opening image will sometimes –often – set up a location that will return in the final battle scene or in the resolution scene of the story – only at the end there will be a big visual contrast to show how much the hero/ine has changed.   A fantastic recent example of this is in the truly lovely animated film HOW TO TRAIN YOUR DRAGON.  It opens with a long aerial swoop down into the Viking village.   It’s dark, torchlit, forbidding…  and then smashes into the opening attack by dragons – a scene of chaos and violence.  And we hear young protagonist Hiccup’s wry narration over it.

In the RESOLUTION, we see the same aerial swoop into the village, but now it’s daylight, sunshine, flowers – and instead of attacking, the dragons are flying with their new – well, not owners, but partners – the same Vikings who were fighting them in the beginning.   And Hiccup’s wry narration is the same – only with a few key words changed.   The whole village has been transformed by Hiccup’s personal journey – it’s a magnificent visual of not just character arc, but the change in philosophy of the whole Viking society.

Think you can’t possibly achieve this on the page?   Think again.  Mo Hayder’s THE TREATMENT  is one of my favorite recent examples…  when she focuses on a murder of crows strutting on the grass of a crime scene, evil just rolls off the page, and you start to wonder if you really want to keep reading the book.     (It’s worth every shudder, but don’t say I didn’t warn you.).

Now, look – I’m not at all saying that an opening scene HAS to be visual to work.  I had a student in a workshop recently who opened her romantic comedy with a series of dueling press releases – it was hilarious and perfect for her very funny book.   As authors we have the luxury of not having to convey things purely visually.   I’m just saying – if you’re struggling with an opening, this could be a technique that would help you pull it all together.   It works wonders for me.    And thinking of the opening visually instantly solves the problem that I’ve become increasingly aware of in the opening chapters of newer writers:  they fail to set up the visual in any way, which leaves the reader  floundering to figure out where the hell they are.   Not an auspicious way to begin, let me tell you.

My question of the day:   Visual or not visual – what are some of your favorite book and movie openings of all time? 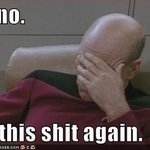 @scalzi I see the Annual Fanfic Argument has erupted again.

@EmmaMagenta @nkjemisin It's all been done.

@alisongaylin Me to Sean just now: “Alison’s dog is named Kevin, and that makes me laugh every single time.” He’s so cute.