There’s always talk among writers about the pros and cons of writing a series versus standalone novels and I can see both sides of the argument. There’s a lot of freedom to writing standalones. Any character traits that engage your interest can form the protagonist of your next work.

No baggage, no preconceptions. You can narrate in first person, third person, close third, multiple viewpoints – second person if you feel the urge. Present tense, past tense, a mix of both. Contemporary, historical, futuristic. There seems to be no limits beyond what your publisher will accept and your readers will enjoy. (And reader expectation is a whole different subject . . .)

Of course, there has always been a liking for ‘the same . . . but different’. I was a big fan of the early Dick Francis books, and not just for their horse-orientated content. Although they were mainly standalones with only a few repeated characters, there were definite similarities between the heroes of the Francis books, regardless of whether they were jockeys or bankers, airline pilots or movie stars.

As a reader, you knew what you were getting. And if you liked one, the chances were pretty good that you were going to like them all. 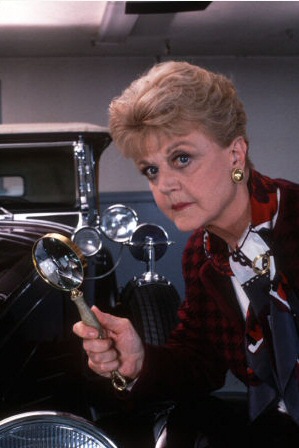 Few of the Francis protags were professionally involved with crime, but he successfully side-stepped the issue of Cabot Cove Syndrome, as it’s known. Anybody familiar with the long-running Jessica Fletcher ‘Murder She Wrote’ TV series will understand this. Every time that woman turned around, she tripped over a body. I mean, nobody in their right minds should ever have accepted an invitation to dine with Ms Fletcher, because you could be certain there’d be one less guest for dessert than for the appetiser. She was a jinx.

So, if you want an amateur sleuth to discover the bloodied corpse book after book, at least with a standalone character you aren’t forced to invent yet another reason why someone with an apparently harmless occupation should become such a magnet for murder. 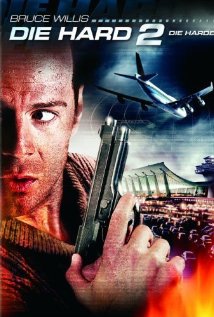 Even professional law enforcement characters may stumble into the credibility issue, though. Just how many serial killers or fiendishly cunning murderers can a small-town police chief chase down in his career? Reminds me of the Bruce Willis line in ‘Die Hard 2’ as he’s battling the bad guys in a stricken airport in the snow: “How can the same sh*t happen to the same guy twice?”

Of course, the standalone writers might argue that the series writers have it easy. Once you’ve hit upon an intriguing main character, you’re halfway there. If people are hooked on your recurring protag, they’re likely to pre-order the next in the series without knowing more than the title.

And this is the reason that publishers, it seems, also rather like series. I wonder how many debut authors have stopped work on a non-related second novel because of hints that another book featuring the same characters as the first would be smiled on rather more favourably.

Then you have the additional question with a series – how inter-related do you make the books? If someone picks up book five, for example, how much are they missing – and how frustrating will they find it – if they haven’t already read books one through four?

Do you keep your main character stuck in a time warp, where they never age, never change, never carry lasting memories of old cases, old love affairs, old enemies? Or do you allow your protag to evolve and develop as the series goes on, taking them on a personal journey through each book that’s as important to returning readers as the individual story arc?

I set out to write Charlie Fox as a series character from the beginning, and I had a reasonable idea of where I was going to take her, from ex-army self-defence instructor, through training and into the world of close protection. Maybe I should have just chucked her straight in at the deep end, and made every client she had to protect a new job without reference to anything that went before.

But I couldn’t do that.

It seemed important to me that the character learn from her past experiences, that they affected her as much as she affected them. People tell me they like Charlie’s ongoing internal battles, her complicated relationship with her former army training instructor, lover, and now boss, Sean Meyer, and her constant struggle to come to terms with her own cold-blooded side.

And this is where I discovered another difficulty with writing a long-running series. 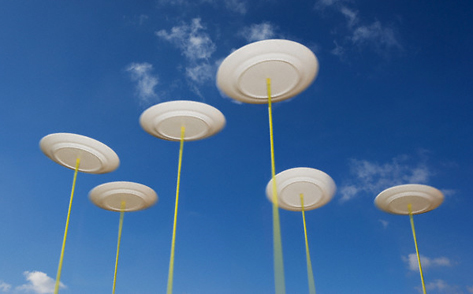 People who are coming to a series cold like to start at the very beginning. My first US publisher picked up the series at book four, FIRST DROP, and then leapfrogged the next one to go straight to book six. Books one, two, three and five were overlooked, causing endless confusion, not to mention frustration.

My original UK publisher was sold out to a larger house and one by one, the early UK books went out of print. All five of them. The only editions still obtainable – apart from Large Print and audiobooks – were snapped up by the collectors, and I have been amazed and even a little horrified (if, I admit, somewhat flattered) by some of the prices being achieved. But this has meant that getting hold of a half-decent reading copy became an exercise out of the reach of most people’s pocket. Mine included.

(And here you must picture me shuffling my feet awkwardly, being British and finding BSP a difficult exercise. Please forgive my excitement, though. Normal service will be resumed next time, I promise.)

For the first time in years, all the early Charlie Fox backlist books are available again – in e-format. It’s taken some blood, sweat and tears – not necessarily in that order – but they’re all out and damn if I’m not proud to have them back on sale. The later books, of course, are available from Allison & Busby in the UK and St Martin’s/Pegasus in the States, with e-versions either out currently or on the way, in the case of FIFTH VICTIM.

(And even those of you who don’t have a Kindle reader device itself, you can download Kindle Reader for PC or Mac absolutely free.)

Until now, it’s felt like one of those TV game shows where hapless volunteers from the audience have to try to keep a load of plates spinning on the end of poles. Just you thought you’d got them all going, the one at the beginning begins to topple.

At last, all my plates are spinning at once.

I know I mentioned the new Charlie Fox e-thology, FOX FIVE last time, and the new edition of the very first book, KILLER INSTINCT, but now these have been joined by RIOT ACT, HARD KNOCKS, FIRST DROP and ROAD KILL. (Although as I write this I’m still waiting for a couple of them to go live on Amazon US, UK, and DE. This brand newness explains part of my ‘kid with new toy’ feeling today – sorry!)

Here are the covers for the series, designed by Jane Hudson at NuDesign. I’m over the moon with the eye-catching look of the series, but see what you think:

As with KILLER INSTINCT, each book has some added extras, like Author’s notes, an introduction to Charlie Fox, an excerpt from the next book in the series, and a guest excerpt.

For these I’ve been lucky enough to hook up with some of my favourite writers. Former ‘Rati Brett Battles allowed me to put an excerpt from his Jonathan Quinn novella, BECOMING QUINN in the first book, and others are: in RIOT ACT, Timothy Hallinan’s second Junior Bender novel, LITTLE ELVISES; in HARD KNOCKS, Libby Fischer Hellmann’s PI Georgia Davis/Ellie Foreman novel, DOUBLEBACK; in FIRST DROP, Blake Crouch’s ‘what if’ thriller, RUN; and finally in ROAD KILL, Lee Goldberg’s new standalone, KING CITY.

I can’t tell you how thrilled I am to have been able to join forces with these very talented writers, who are also including excerpts from the Charlie Fox books in their latest work. Let’s hope this cross-pollination opens up our novels to a wider audience.

And finally, I was invited to join a new outfit called The Hardboiled Collective, by Jochem Vandersteen of the Sons of Spade blogsite. This is just a group of – well, the clue is in the name, and I hope you’ll check out some of the great writers who are members. We even have a terrific group logo, courtesy of Jane Hudson again:

OK, that’s it, I’m going to stop going ‘me, me, ME’ now. I promise to calm down and stop stuffing myself with Sunny Delight and blue Smarties and go lie down in a darkened room for a bit.

My questions this week, though, are do you feel that you HAVE to start reading a series right from the start, or are you happy to dive in wherever the fancy takes you? And if you used to read a series but have stopped, what made you do so?

Next weekend I shall be attending Bouchercon 2011 in St Louis MO, and am hugely looking forward to going – more so as I’ve missed out on the last couple. Please say “Hi” if you’re going. On the way, I’m doing an event at Lisle Library in Chicago IL. Can’t wait!

Finally, this week’s Word of the Week is paedometer, a device that can be strapped to the arm while out exercising to show you how many perverts are in the immediate vicinity . . .

33 thoughts on “Keeping The Plates Spinning”