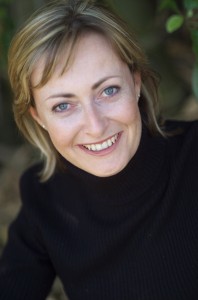 Kathryn Fox is an Aussie crime fiction author (based in Sydney), who I’ve had the pleasure of meeting at a couple of crime conventions here in Australia. Kathryn’s first book, Malicious Intent, was a huge success both here in Australia (she won the 2005 Davitt Award for crime fiction) and overseas (it toppled The Da Vinci Code to become the no. 1 crime book on Amazon in the UK and Germany). Since then she’s released another four books — Without Consent, Skin and Bone, Blood Born and Death Mask.
Like certain other female crime writers you may know (e.g. Tess Gerritsen, Kathy Reichs) Kathryn also comes from a medical background and uses this knowledge in her crime fiction.

Today, Kathryn’s draws on her medical background to talk about chronic traumatic encephalopathy (CTE). Her post is a powerful one, and she will be in and out to check on your comments.

A multibillion dollar industry. Corruption, disturbing public behaviour by key players. A series of suicides and violent deaths, leads to questions. Each autopsy reveals a horrifying discovery. There are calls for the industry to stop the carnage…

It sounds like the plot for a thriller. Only this isn’t fiction. It’s currently taking place in two separate spheres at once, in real life. And it’s something I feel passionate about.

The first industry involves sport. NFL, Ice Hockey, Rugby Union, Rugby League (in the UK and Australia) and Australian Rules. No prizes for guessing where the last one is played. The one thing these games all have in common is physical contact, and lots of it. Crowds love a bit of biff, thump and robust exchanges. But at what cost?

For years now, high profile players have been the focus of media attention for all the wrong reasons. Not a season goes by without more scandalous headlines about players involved in sexual assault, domestic violence, alcohol and drug abuse, off-field violence and betting controversies. Boys will be boys, we’re told and it’s mostly harmless fun. Harmless of course, except for the victims, families and consequences for players themselves.

With a life expectancy of 50 yrs for NFL players, it’s easy to assume that retirement, high food intake and reduced exercise are the causes. But a number of premature deaths and suicides in former NFL players and even a player who stopped after high school, shocked the medical community.  Each was found to have the unusual finding of CTE (chronic traumatic encephalopathy).

What is CTE? It’s permanent and ongoing damage to the brain that was previously only ever seen in boxers after a career of blows to the brain. MRI and other medical investigations aren’t able to pick it up. Sadly, it’s only diagnosable post mortem.

CTE predominantly affects the front parts of the brain, or frontal and temporal lobes, which are responsible for decision-making, impulse control, mood, memory, amongst other things. Damage to these areas can result in depression, increased aggression, sexual inappropriateness, impaired judgement, addictive behaviours like gambling, drug and alcohol abuse. Does any of this sound familiar when you think about the football and ice hockey scandals?

It did to me three years ago, when I began writing Death Mask. Please don’t think for a moment that I’m taking credit for the surge in information or subsequent outcry about CTE, or the decision by many former players to sue the NFL, but the headlines kept on coming and a fictional novel on the topic attracted more than the crime readers.

The chief executive officer of a professional team contacted me after reading the novel, and asked me to help educate players and team management about the dangers of CTE. He felt that the book had really captured the culture and mentality of team behaviour. It was a huge compliment, and vindicated a ‘slight’ obsession for research, but the lines between fiction and reality had begun to blur.

As Death Mask was released in Australia, we coincidentally had a number of severe concussions during games and there was ample footage of players stumbling around the field before collapsing.

It’s unusual for a fiction author to make it to the sports pages and sports segments of TV news shows. My sports fanatic father was so proud! (Above, Kathryn is interviewed with NFL player Colin Scotts.

Some commentators argued that I was just trying to bubble wrap children and that concussions were just a part of robust gladiatorial competition. As a doctor, and parent, I am in no way against sport, but any sport that causes brain damage and premature death deserves some review. It is, afterall, sport. Thankfully, public awareness has increased the pressure on sports doctors and administrators to take action and reassess the risks.

Now, medical science is discovering that CTE doesn’t actually require severe concussions. It may be caused by recurrent, minor blows to the head and is especially damaging to developing brains. Helmets don’t necessarily protect the head and are heavy enough to cause some major damage.

At the beginning of the blog, I mentioned two spheres involving multibillion dollar industries and strange autopsy findings.

The second industry is, not surprisingly, war. Tragically, there has been an epidemic of suicides and social problems experienced by veterans of Iraq and Afghanistan. A newly published medical article reports that over a dozen veterans have been found to have CTE at autopsy. A 27 yr old diagnosed with post-traumatic stress disorder was the first recorded victim.

In no other wars have troops been exposed to, and survived, so many explosions.

Current thinking is that the number of blasts from bombs or grenades have a catastrophic impact on these young brains, and may be responsible for the high rate of suicides in veterans. A helmet might protect from the head from shrapnel, but can’t do anything about the brain rattling around inside the skull.

If CTE is occurring in people this young, the worst is yet to come. Degeneration continues to occur with age.

These people have served their countries and may end up paying for the rest of their lives, and with shortened and debilitated lives. More importantly, there is NO treatment. We all owe it to troops to prevent CTE and protect those who have already returned from active service. The potential health problem for the US, UK and Australia, amongst other nations, is enormous.

Now, if a journalist dares ask me if I want to bubble-wrap troops and stop all wars, I can unequivocally say yes.