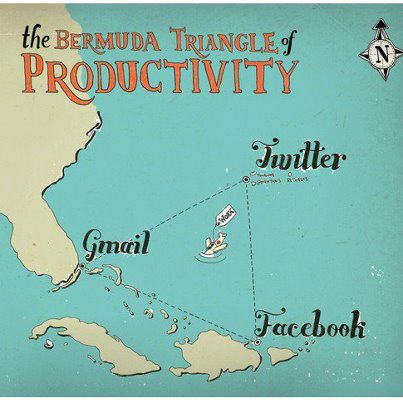 I eat those phrases up for breakfast! (Sorry, I know that’s way too many exclamation marks, not to mention clichés, but they need to be there.)

I’ve also been lucky enough that I’ve never really suffered from ‘writer’s block’. In fact, the hard-ass part of me says writer’s block is self-indulgent. Now, I’ve probably got loads of readers (well, the authors) up in arms at this point. I know there will be lots of people who disagree about writer’s block.

The thing is, I’m not saying there aren’t days (or even weeks) when writing seems harder than normal—sometimes WAY harder. But, I’m a practical kind of girl, so I either write through it (eventually it starts flowing again) and edit later, or sometimes I move projects all together. That way, I’m at least writing. Besides, at this point I know I can finish a novel, so it’s not like I’m going to wind up with loads of unfinished manuscripts. It’s just a temporary focus shift.

I did this earlier this year. My plan for 2012 was to finish my mainstream drama novel and then while I was querying agents, I’d work on my Pippa Dee novels as part of my ebook strategy. But after I sent my mainstream novel to Beta readers, there was one problem I simply couldn’t decide how to solve. There was one character who everyone disliked. But what to do with her?

So I guess that was kind of writer’s block, but it didn’t feel like it because I decided to move on to my Pippa Dee novels while I waited out the decision. I could let it tick over in my subconscious. No way was I going to let it interfere with my productivity. Told you I was practical.

So I focused on The Wanderer and Grounded Spirits and once they were finished and up on Amazon, I moved back to Crossroads and Deadends. Two weeks ago I finally finished the editing process and started querying agents. Remember my blog on the writer’s rollercoaster?

Anyway, obviously the querying process has taken up a chunk of time over the past two weeks, but I still feel extremely unproductive. And I’ve been bringing out the big guns, internally telling myself to:

But, to no avail. Well, not much at least.

However, it’s not writer’s block. In fact, when I do spend time on my current work in progress (the follow-on to The Wanderer) it flows very easily and I’m excited by it. But for some reason I’ve really been letting the distractions rule these past two weeks. Facebook, emails, scheduling Amazon freebies, and who knows what else? Where have the days gone?

And there have also been some days, when I haven’t felt like writing or trying to write at all. I mean, the rest of this year I’ve been eating lunch at my desk to maximise my work time. Seriously! With Grace starting school in February this year and my shift to ebooks, this has been my year for working hard.

So what’s going on? Where’s my bad-ass writer gone?

I think part of the problem is when I finished Crossroads and Deadends I was conflicted about what to work on next. My 2012 ‘project plan’ says next in line is The Guardian Arises, book 2 in my Wanderer and Guardian trilogy under Pippa Dee. Problem is, sales of The Wanderer and Grounded Spirits have been such a small percentage of the sales of my PD Martin stuff, that I’ve realised that middle grade/YA fantasy novels aren’t the most popular ebooks. So, from a financial point of view, I probably should work on the follow-up to Hell’s Fury, but that book will take me about six months to write, whereas I reckon I can write The Guardian Arises in six weeks, especially because I’m already 20,000 words in and it’s officially middle grade so will probably be around 50,000 words.

So, how can I get myself back on track? One thing’s for sure. Something’s gotta give. What do you do when you lose your focus and/or get distracted?

By the way, I’m aware that this blog is in sync with some recent ones here. Collective unconscious? Pari’s rebooting, Stephen’s decided to take the writing slower and devote more time to family, and Martyn (Tania) found a change in location the key to kicking his current WIP along. I think maybe the answer for me is to go away for a couple of days without internet. That’d sort me out!

I’m writing these posts in no particular order, just as the reasons come to me. And honestly, they’re ...

Republicans want your babies to go hungry so they can blame Joe Biden.

@joelpollak @JoeBiden So when it goes back up, and it will, are you going to be here giving him credit for that? I'm thinking the answer is no. Hack.