Next week my friend Brad Park’s latest novel, EYES OF THE INNOCENT, will be released. This is the second in his Carter Ross series, the first of which, the award winning FACES OF THE GONE, will be available in paperback the same day. Thought today we’d get to know a little bit more about Mr. Parks and Carter Ross and the state of life in New Jersey.

First, if you’re a author wondering how you might raise your profile, and have considered doing a blog tour, but are unsure how to make that happen, here’s something you might be interested in. My good friend Dana Kaye will be hosting a webinar TOMORROW on just how to do that. Click here to find out more information. (http://blogtour101.eventbrite.com/) Murderati readers can receive a $5 discount by entering the discount code: murderati 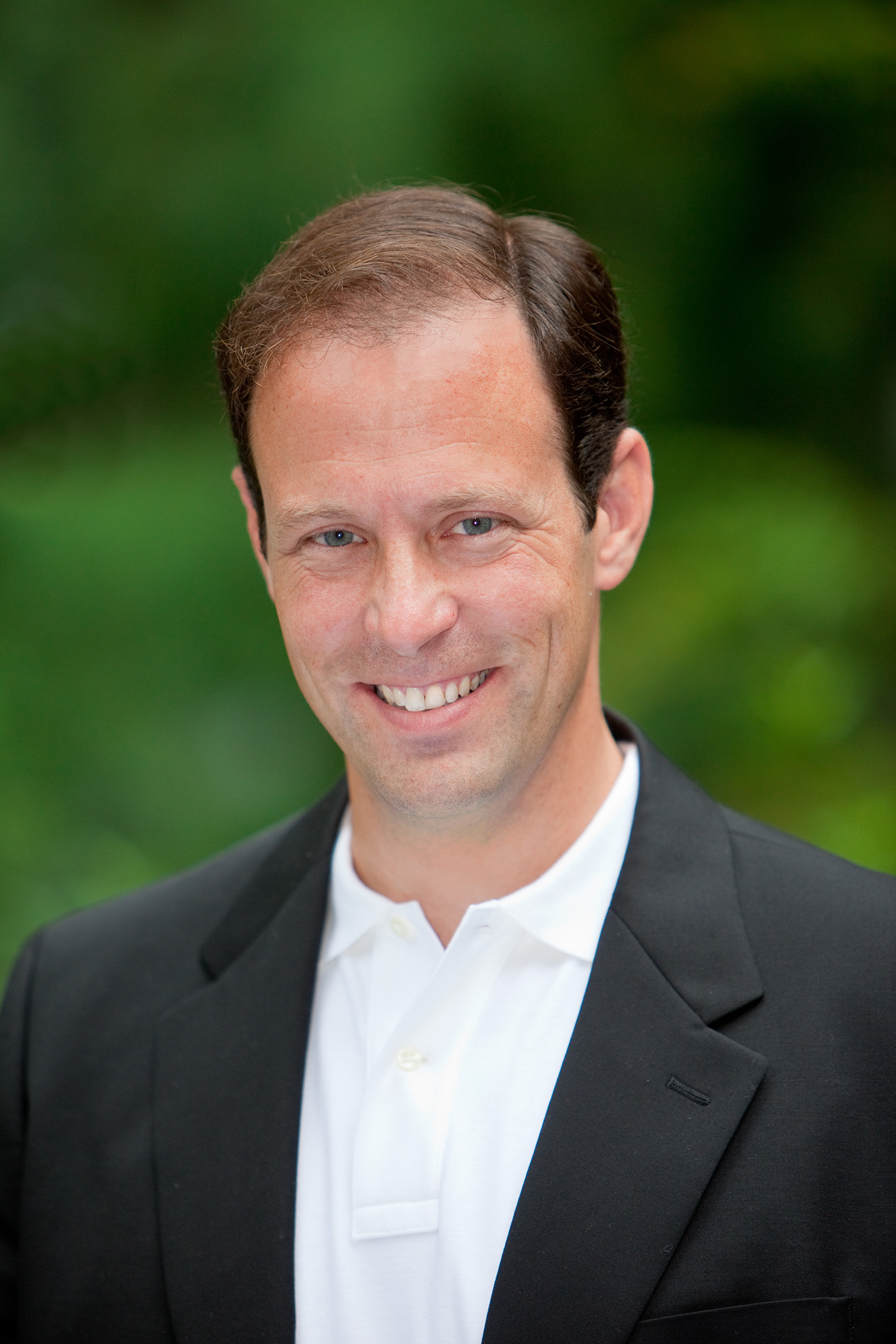 Brad, welcome to Murderati, and congratulations on the upcoming release.

Most authors, if not all, started off as huge readers, and each seems to have had one or two favorites that really influenced their desire to write. So, who is your gateway author, and what was it about their work that grabbed you?

I got hooked by a wizened Florida boat bum named Travis McGee and the man who created him, John D. MacDonald. My Dad was a big John D. fan and, by some coincidence, the “M” part of the family bookshelf was just about eye height to a 13-year-old. I’m not sure what grabbed me as a kid (other than perhaps Travis’s talent with the ladies), but as a grown up I marvel at MacDonald’s ability to imbue his work with sense of time and place — you really feel what it’s like to be in South Florida in the 50’s and 60’s when reading his stuff. But you probably wouldn’t appreciate something like that, Brett, inasmuch as Quinn never leaves his living room.

Ah, yeah, I’ll let you bring that up with Quinn yourself. But I’m with you on Travis McGee. Think I’ve read the series all the way through at least three times. So where did Carter Ross come from? He’s certainly is completely the opposite of you…oh…wait…

Yeah, we’re quite different. For example, while we’re both stiff, starchy, khaki-wearing WASPs with identical physical traits — 6-1, 185, brown hair, blue eyes — it turns out Carter is not left-handed, whereas I am. So, as you can see, any similarities between me and my main character are…

Oh, hell, fine. You got me. I guess the funny thing is, I never really gave much thought to what I was creating in Carter. During my days as a newspaper reporter, I always knew I wasn’t the story, and I think that sensibility was strongly in place when Carter Ross began forming. I was more interested in the story he had to tell than in who he was as a storyteller. So I figured if I made him like me — the most boring white man alive — the reader would find the story more interesting, too. It never occurred to me readers would latch onto the guy. (And, in truth, most of them haven’t — by ratio, Carter’s cat, Deadline, enjoys a 5:1 advantage in reader mail).

A series, was that always the plan?

Definitely. New Jersey in general — and Newark in particular — are dream locales for a crime fiction writer. Virtually every ethnic group, ethnic mob, street gang and category of malfeasance can be found somewhere in the great Garden State. Might as well keep using it. I can’t imagine ever running out of stories for Carter to cover.

Every time I see you a conference I always get the feeling you have a team up in your hotel room making sure you’re looking as sharp as you can before you step out the door. True or false? If true, elaborate. If false, explain yourself.

The BradParksBooks.com crew really does a great job, doesn’t it? I have Manuela on hair — I’d be lost without her. Stephen picks my outfits. And for my money, Hector is the best traveling manicurist in the business (I hired him away from Patterson, take THAT Jimbo!). Unfortunately, budget cuts at the publishing house necessitated letting go of Johnny, my trainer and nutritionist, so if I look a little soft around the middle, that’s why.

I mean, what, you think I want to be one of those authors who rolls out of bed and stumbles down to the conference bar in jeans, sneakers, a long sleeve T-shirt and… oh, hey Brett! Looks good on you, though.

Nice dropping in of the website, very subtle. So I’m told you’re the first person to win a Shamus and a Nero Award for the same book…can’t remember exactly who told me, but…Congratulations. Has that helped you get any respect from your friends and family? Or is it business as usual?

Yeah, every once in a while my wife wanders by the Nero Award — a very handsome brass bust of detective Nero Wolfe — and mutters, “Couldn’t they have given you a check instead?” No, seriously, it was very gratifying to win those awards. And I think it has given me a little extra credibility, not so much with friends (who pretty much know how full of crap I am), or with family (who taught me how to be full of crap in the first place), but with booksellers and librarians and folks of that ilk. It’s a very crowded marketplace, as you know, and awards help you stand out a little bit. Besides, I like how the Nero Award looks on the mantel. 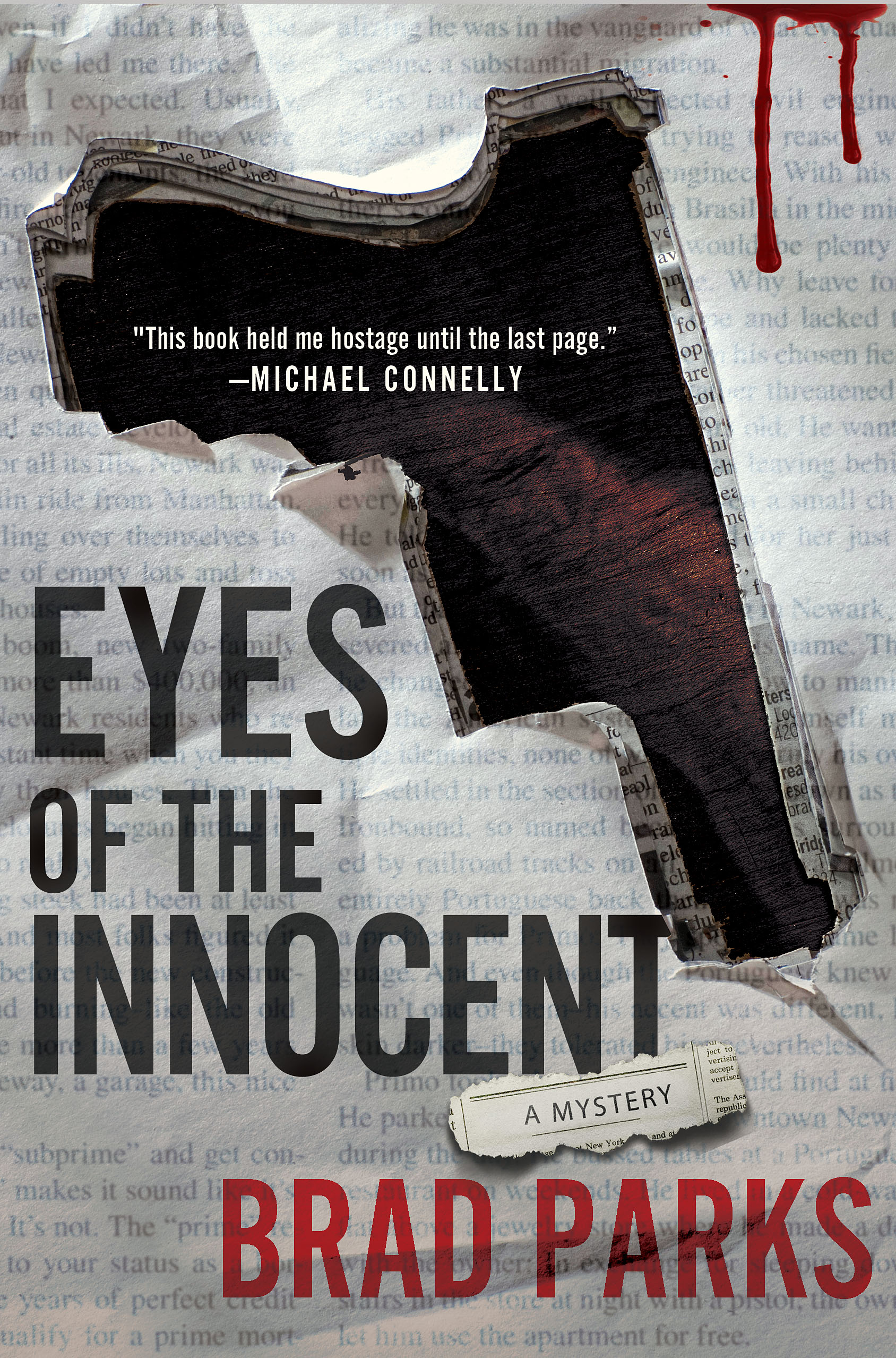 Give us a little lowdown on EYES OF THE INNOCENT. Was there anything specific that inspired the story?

Yes and no. As a journalist, I did a lot of reporting on the subprime mortgage crisis, and the story starts with a character who gets in trouble in part because of a subprime mortgage. I also did reporting about house-flipping and political corruption, and those are in there, too. But it’s not so much anything specific — like one particular story I covered, as was the case in my first book — and more an amalgam of real-life things, which I then chopped up and turned into one big fictional stew.

What’s up next for you? More Carter?

Carter Ross Nos. 3 and 4 are written and waiting to go. I also have a Young Adult that my agent is shopping (it’s called “Secrets High School,” and I promise there are no vampires in it). Once I’m done with my tour for EYES OF THE INNOCENT, I might try a stand-alone. Or maybe I’ll start a series about a guy who I’ll call a “cleaner.” He works for this agency and, well, I don’t want to get into details, but do you think that’ll work?

You just try it, Mr. Parks. I’ve already done the research, so if you go missing you’ll never be found. Just saying…

Thanks for stopping by Brad!

Thanks for having me. And, hey, if you want Stephen to, you know, work on your wardrobe a bit, I’m sure he’d be happy to help.

Appreciate the offer, but I’ll pass for now.

All right, Murderati, if you have any questions for Brad, let ‘em rip!

(Reminder to anyone in Los Angeles on Monday. It’s Mystery Bookstore’s final day, and there will be a party starting at 6 – if not earlier – and going until whenever. Rob, Steve, Alex – I believe – and I will all be there along with a lot of other writers and fans. Hope you show up too.)

23 thoughts on “Jersey-licious with Brad Parks”