For my last two postings (not counting September 11th), I’ve tried to lighten things up a bit. Now I’m going to do something even more unusual, at least for me: blatant self-promotion (aka BSP).

Gar has previously written here about how uncomfortable the old hard sell makes him. I read his remarks and felt an implicit and profound simpatico. I’m not sure why, maybe it’s the Catholic upbringing that Gar and I share, but asking people to give me something, no matter how understandable—or necessary—feels like the coarsest type of vanity.

Alex has made the excellent counterpoint that without promotion—indeed, aggressive and smart and relentless promotion—your chances of finding a readership that can sustain you professionally are akin to those of capturing the Higgs boson in a Klein bottle (or words to that effect).

As much as I concede the wisdom in Alex’s remarks, I still feel a little soiled by the whole thing, and somehow suspect my conscience is wagging its finger at me. Better poor and proud, I can hear it say, than rich and self-aggrandizing. But, of course, my conscience doesn’t have a mortgage to pay.

So—I embark upon the following two entreaties with considerable ambivalence.

(Not that you care, I realize, but I thought if I started with a little self-abnegation the rest of this would be easier to plod through. Because that’s the true subtext of all self-promotion, whether it’s a breeze or makes your skin crawl: It’s all about me.)

So, first, I’ve launched my own manuscript review and editing service. I dove into this end of the pool after being approached by an agent and several students to look at works-in-progress and give my best advice on what works, what doesn’t—only to discover I’m rather good at it.

It’s a natural extension of my teaching, which I love, and allows me to delve more deeply with individual writers into the whole of their manuscripts.

The best part is providing these writers with confirmation of just where their strengths and weaknesses lie, for I’m often just an external voice echoing what they themselves already know: This is excellent, this needs work, this can be cut, etc.

(And nothing is more gratifying than offering a suggestion and having a writer’s eyes light up as she says: Of course! Often, it’s just the slightest refocusing of a theme or plot point that can turn confusion into clarity.)

I provide four levels of service, from review of a synopsis to a full line edit of the complete manuscript, with two mid-level approaches also available. For full details, go here.

I’ve been told by others in the field I’m ridiculously cheap. So, sign up before I wise up. 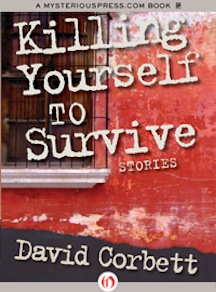 Second, for those of you who don’t already know, my story collection, Killing Yourself to Survive, is now available in a variety of ebook formats at the insanely hospitable price of $2.99 through Open Road Media and Mysterious Press (also the publishers of fellow Murderateros Gar Anthony Haywood, Martyn Waites, and Ken Bruen).

I’m known more for my novels than for my stories, though one offering in this collection—“Pretty Little Parasite,” from Las Vegas Noir—was chosen for Best American Mystery Stories 2009. 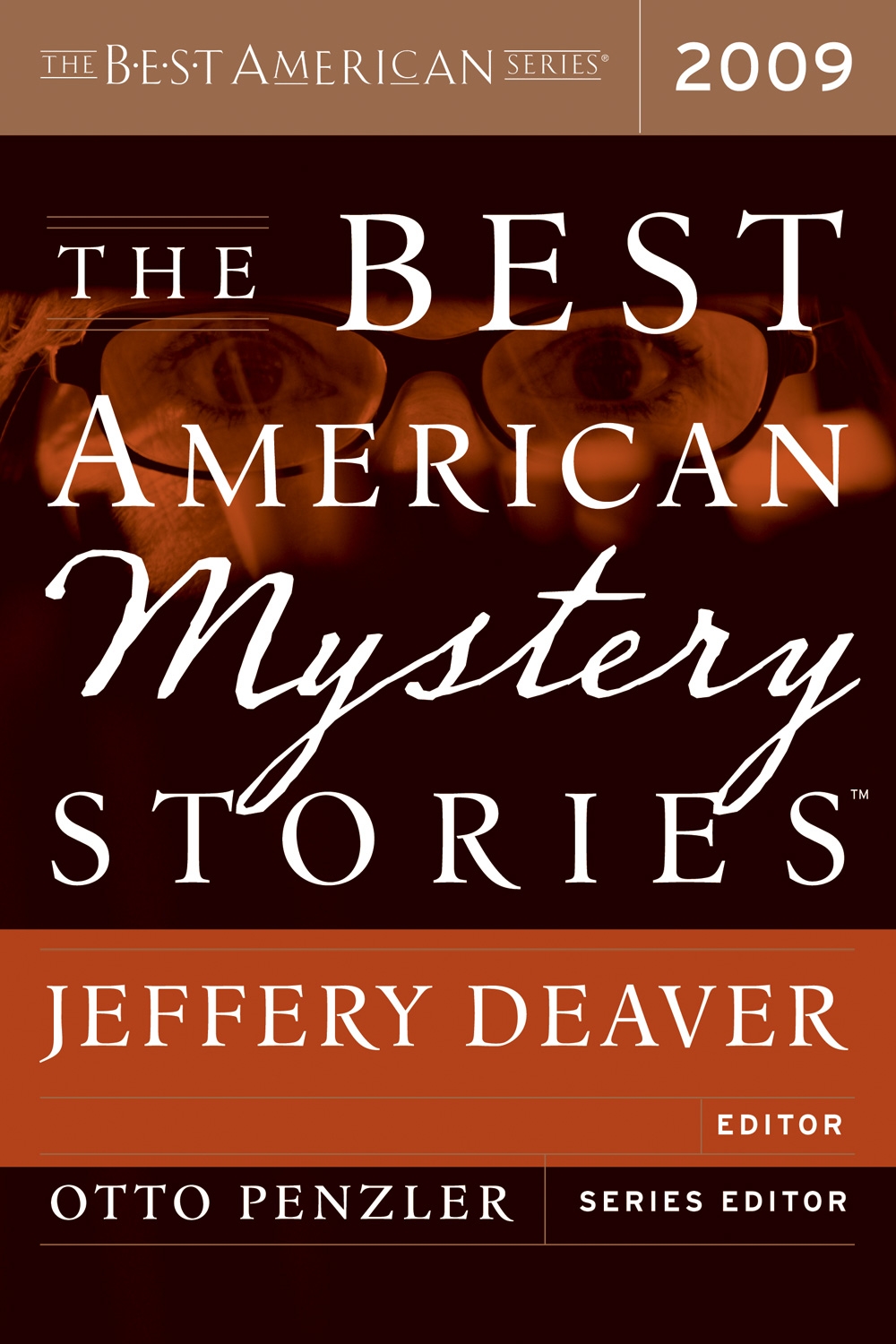 For a bit of a teaser:

One hand on her hip, the other lofting her cocktail tray, Sam Pitney scanned the gaming floor from the Roundup’s mezzanine, dressed in her cowgirl outfit and fresh from a bracing toot in the ladies. Stream-of-nothingness mode, mid-shift, slow night, only the blow keeping her vertical—and she had this odd craving for some stir-fry—she stared out at the flagging crowd and manically finger-brushed the outcrop of blond bangs showing beneath her tipped-back hat.

Maybe it was seeing her own reflection fragmented in dozens of angled mirrors to the left and right and even overhead, or the sight of the usual trudge of losers wandering the noisy maze-like neon, clutching change buckets, chip trays, chain-smoking (still legal, this was the `80s), hoping for one good score to recoup a little dignity—whatever the reason, she found herself revisiting a TV program from a few nights back, about Auschwitz, Dachau, one of those places. Men and women and children and even poor helpless babies cradled by their mothers, stripped naked then marched into giant shower rooms, only to notice too late—doors slamming, bolts thrown, gas soon hissing from the showerheads: a smell like almonds, the voice on the program said.

Sam found herself wondering—no particular reason—what it would be like if the doors to the casino suddenly rumbled shut, trapping everybody inside. 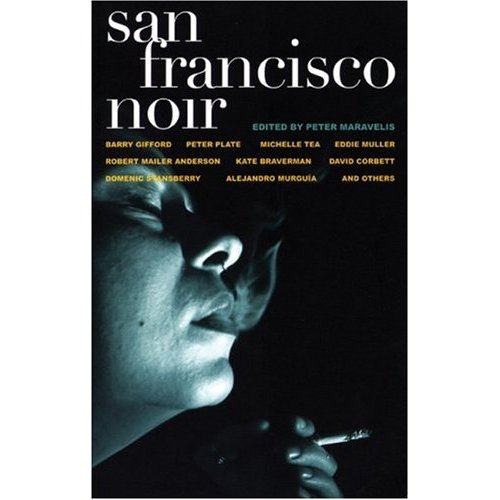 A second story—“It Can Happen,” from San Francisco Noir—was nominated for the Macavity Award for Best Short Story of 2004:

Lorene took up position bedside and crossed her arms. She was a pretty, short, ample, strong woman. “Don’t make me go off on you.”

Pilgrim tilted his head to see her, eyes glazed. Every ten minutes or so, someone needed to wipe the fluid away. It was a new problem, the tear ducts. Three years now since the accident, reduced to deadweight from the neck down, followed by organs failing, musty skin, powdery hair, his body in a slow but inexorable race with his mind to the grave. He was forty-three years old.

In a scratchy whisper, he said, “I got my eyes and ears out there.”

“Corella?” Their daughter. Corella the Giver, Lorene called her, not kindly.

“You been buying things,” he said.

“Things you can’t afford, not by the wildest stretch—”

“Ain’t your business, Pilgrim. My home, we’re talkin’ about.” She pressed her finger against her breastbone. “Mine.”

Lorene lived in a renovated Queen Anne Victorian in the Excelsior District of San Francisco, hardly an exclusive area but grand next to Hunter’s Point, where Pilgrim remained, living in the same house he’d lived in on a warehouseman’s salary, barely more than a shack.

Pilgrim bought the Excelsior house after his accident, when he came into his money through the legal settlement. He was broadsided by a semi when his brakes failed, a design defect on his lightweight pickup. Lorene stood by him till the money came through then filed for divorce, saying she was still young. She needed a real husband.

Actually, the word she used was “functional.”

A third story, “The Axiom of Choice,” appeared in The Strand.

It was discussed in an online forum titled Mathematical Fictions that focuses on narrative works that deal with mathematics or mathematicians. (I’m oddly proud of this, for reasons which escape me.) I also think the story is one of my best, and is one of my few attempts at first person narration:

As I sat here waiting, wondering how to explain things, I caught myself remembering something often said about set theory. I teach mathematics at the college, I’m sure you know that already. It’s sometimes described—set theory, I mean, excuse me—it’s oftentimes described as a field in which nothing is self-evident: True statements are often paradoxical and plausible ones are false. I can imagine you describing your own line of work much the same way. If not, by the time I’m finished here, I suspect you will.

I see by your ring you’re married. Perhaps you’ll agree with me that marriage, like life itself, is never quite what one expects. I’ve even heard it said that, sooner or later, one’s wife becomes a sister or an enemy. I’m sure for a great many men that’s true. I’d put it differently. Again, if I can borrow a phrase from my area of expertise, I suppose I might say of Veronica’s essential nature—her soul for lack of a better term—what Descartes said of infinity: It’s something I could recognize but not comprehend.

Now, I can imagine you thinking, given what you saw in our bedroom, that such a statement reveals a profound bitterness, even hatred. I assure you that’s not the case. But there’s no getting inside another person, no rummaging around inside a wife’s or a lover’s psyche the way you might dig through a drawer. The gulf between me and my wife, her and Aydin—that’s the name of the young man whose body you found beside my wife’s: Aydin Donnelly, he was my student—the gulf between any two people may feel negligible at times, intimacy being the intoxicant it is, but the chasm remains unbridgeable. It has nothing to do with facts—my God, who has a greater accumulation of facts than a married couple? No, I’m not speaking out of bitterness. On the contrary, I feel humbled by this observation. What I mean to say is this: If you simply bother to reflect on the matter seriously, or just open your eyes, absolutely everything, even oneself—and especially one’s wife—remains mysterious.

So if you’ve got three shmazolies to spare, give these stories a spin. Guaranteed to keep you turning those digital pages.

There. I’m finished now. Time for:

Jukebox Hero of the Week: Meet the Korean hip-hop sensation PSY. You want to talk about successful promotion? Who doesn’t envy someone who can claim more than 194,665,000 hits on his YouTube video?