(Your usual Friday hostess, the ever gracious and beautiful J.T. Ellison, leaves this message for all of you: “I’m in New York today on a research trip. It’s my first real trip to the city, a brief two day affair, and I’ll report back on all the excitement next week.” Subbing for her today is one of her very cranky cohorts who has become a little less cranky with this news.)

First it was news of A Clean Well-Lighted Place closing its doors in San Francisco. And soon after that announcement, it was Cody’s Telegraph in Berkeley. The dam then seemed to break, at least in large cities. Bob and Bob in Palo Alto. Murder Ink in New York City. Dutton’s Beverly Hills. Luis Rodriguez’s Tia Chucha’s Cafe and Cultural Center. Book Soup in South Coast Plaza. And now possibly Dutton’s Brentwood might be erased by redevelopment.

Changing demographics and pricey real estate, I thought. The impact of Internet sales and chain stores. Increased competition for our recreational time.

So what the heck is going on? And for most of us who have never really heard of AMS or IPA (like myself), should this concern us?

The humble start of AMS follows one of those homespun, rags-to-riches storylines: its first shipment as a book wholesaler was a children’s book, which was delivered to a Price Club from the back of one of the cofounder’s station wagon in 1982. The company quickly grew from there—to being the primary book supplier to four Price Clubs to securing deals with Price Club’s successor, Costco, as well as Sam’s Club and Pace Membership. Large distribution centers were opened in major cities; AMS became a publicly traded company; and international agreements were forged in Great Britain and Mexico. Among the flurry of acquisitions AMS initiated during the past decade was the purchase of Publishers Group West (PGW), the esteemed and largest distributor of independent publishers in North America.

Why has this great behemoth of a company, which boasts $900 million in sales on its website, declared Chapter 11? Evidence of the cracks in the company was revealed in the 2005 conviction of three executives in a scheme to falsify earnings and defrauding publishers of co-op advertising funds (news release, Office of the U.S. Attorney, Southern District of California). Leadership also went through a merry-go-round of changes.

Perseus Books Group has stepped in to offer distribution rights for PGW clients, many of them small presses whose survival greatly depends on recouping both the monies and inventory owed to them during the last quarter of 2006, arguably the most profitable season for publishers. (Perseus actually will be acquiring a PGW client, Avalon Publishing Group, which includes Caroll & Graf.)

And on a more personal note, I have friends who produce books which are distributed by PGW. (PGW is very discriminating, so I remember how happy they were when they finally were accepted as a PGW client.) I’m afraid to contact them to see how they are doing. I know that business was hard to begin with, and now this. Devastating.

There are these magazines born out of the zine revolution of 1990s—you know, those photocopied and stapled in garages, which also served as the main rehearsal area for punk bands. Well, these zines have grown up. I’m not really part of this world, but I’m a big fan of Giant Robot. It was actually through publisher Eric Nakamura’s blog that I learned about the fall of GR’s distributor IPA, which distributed the now glossy mag to newsstands throughout the country.

Again, this will affect independent publishers; some have announced closures already.

So are all these bankruptcies and closings coincidental? Rather than a trend, are they a correction of bad, illegal, or perhaps unimaginative business practices? Or is it something more?

In this publishing game, it’s all about distribution. How to get your product, whether it be books or magazines, out to its readers. I won’t go all red, white, and blue on you and talk about the need for a variety of voices in a democracy. But it is particularly disturbing that in the case of AMS, fraud definitely played a role in compromising the integrity of a company that was responsible for distribution of so many independent publishers. And who knows—with large publishers owed so much (Random House, $43.3 million; Simon & Schuster, $26.5 million; Penguin Putnam, $24.6 million; the list goes on)—is it only a matter of time before midlist authors at these houses take some kind of hit?

In terms of book selling, there are glimmers of hope, daffodils in the snow. Books Inc. has taken over A Clean Well-Lighted Place and one of the co-owners of (ACWLP) has already started a new venture, Bookshop West Portal in San Francisco. A Sister in Crime, Julie Ann Swayze has launched an independent bookstore, Metropolis Bookstore, in the middle of downtown Los Angeles to great fanfare, with expansive writeups in Publishers Weekly and the Los Angeles Times. And independent bookstore proponent and author Keith Raffel happily reports that his beloved store, Bob and Bob, has secured a new location.

Producing, distributing, and selling books are a tedious and expensive business. For most, especially the independents, it’s a labor of love. To see some players treat it with such disrespect is disappointing, to say the least.

To keep up to date with the AMS bankruptcy and the unfortunate repercussions felt by PGW as well as publishers, both large and small, check out www.galleycat.com, www.pw.com, and Radio Free PGW (http://radiofreepgw.blogspot.com/index.html) Also, the online archives of the San Diego Union-Tribune (www.signsonsandiego.com). (AMS is headquartered in San Diego.) 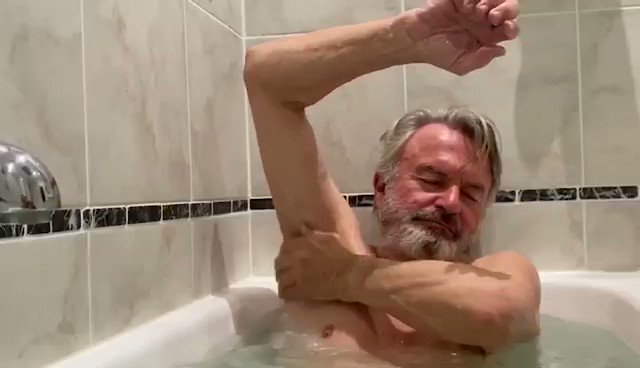 @kuangrf This is a perfectly reasonable question, with the only real answer being you should.

@bryonq This is what I feared it would be and why I haven’t even been tempted.