With the news of widespread layoffs in the publishing industry, declining orders from the big chains, and of course the perennial “death of reading” predictions, we’ve all been watching anxiously, wondering which was the industry is going to go. Are the days of big, quit-your-day-job advances over? Isn’t most  marketing,  with the book trailers that no one watches and the ads in newspapers (which are also dying) a massive waste of cash and effort? How do we get paid for e-books, especially the ones that can just be copied and spread like wildfire across the ‘net?

How the heck is anyone going to make any damn money in this business, anyway?

Well, according to this article in Galleycat, editor Tom Englehardt thinks he knows. And, as the supercomputer Deep Thought told its eager questioners in THE HITCHIKER’S GUIDE TO THE GALAXY,   you’re not going to like it. 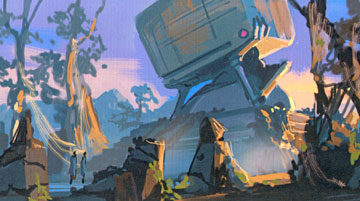 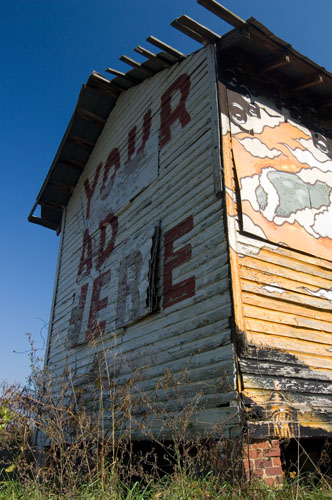 Englehardt writes: “The ad, after all, has colonized everything in our world from gas
pumps to urinals, bars to doctor’s offices, taxis to your sneakers and
cell phone, not to speak of every imaginable printed form, including
the cereal box and the back of your supermarket receipt, and yet,
strangely enough, it never successfully colonized the book.”

I told you you weren’t going to like it.

According to the Galleycat piece,  a “book-serialization website” called DailyLit “feature[s] the sponsor’s logo as well as a hyperlink to its website in the right-hand corner” of its offerings.

Now, this raises a lot of questions. Will advertisers really pay for something like this? Will readers object to the distractions of logos and hyperlinks in their reading material?

Well, maybe. But then again, maybe not. After all, we quickly got used to our TV screens being visited by those little dancing figures in the bottom of the screen pimping next week’s new blockbuster  show.

But why stop with ad-matter outside of the text? Why not accelerate the process and go straight to that brainstorm cooked up by the bright boys and girls of Madison Avenue to make sure that no facet of our lives remains untouched by hucksterism? 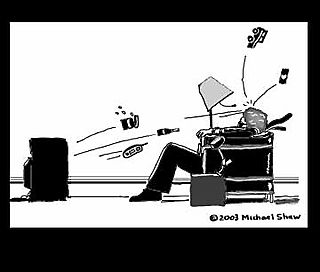 Product placement,  if you’re not familiar, is the practice of making sure that your company’s logo appears “subtly” in apparently unrelated TV, movies, etc. It’s the art of making people watch a commercial without realizing it’s a commercial. Observe:

Imagine the possibilities of using this in literature:

When I finally caught up with Abraham Trahearne, he was drinking Sierra Nevada beer with an alcoholic bulldog named Fireball Roberts in an Applebee’s just outside of Sonoma, California, drinking the heart right out of a fine spring afternoon.

Okay, maybe that one needs a little tweaking. How about:

I was wearing my powder-blue suit from Jos. A. Bank, with dark blue Brooks Brothers shirt, Principessa tie and display handkerchief, black Florsheim brogues, black wool socks with dark blue clocks on them (on sale at Target). I was neat, clean, shaved, and sober, and I didn’t care who knew it. I was everything the well-dressed private detective ought to be. I was calling on four million dollars.

It was a a bright cold day in April, and the Seiko clocks were striking thirteen. Seiko…over a century of excellence!

I’ll admit, the concept needs a little work. So help me out. Take one of your favorite passages, from one of your books or a favorite by someone else, and practice your product placement skills.

If we can’t stop it, we must learn to embrace it.

28 thoughts on “In Which I Save Publishing”