Ahhh, vino. Anyone who’s been reading this column for more than a few Fridays knows I am a complete and utter wine junkie. An amateur oenophile. A lover of the dark juice, a disciple of Dionysus, a proponent for good wines and vineyards. When we first started Murderati, and I had nothing to say (odd that we’ve come full circle) I thought I’d give a wine tip every week, just as a sort of value-added incentive to read the columns. I’ve given hundreds of wine tips over those three years, so many that I’m considering hiring someone to go through and list them all out for me so I have a record. Because I don’t have a list of all the wines I’ve recommended.

Does that surprise you? I know you know I’m a complete control freak, borderline OCD about so many things, but keeping track of my wine consumption? I’m terrible at it. I’ve started too many notebooks to count – separating them into varietals, countries, years. I put them into lists and then forget to add to it. I’m a bit hopeless, and that’s not the way a real wine connoisseur acts.

Well, I’m not a real connoisseur. I’m just a thriller chick who likes her grape juice.

So when hubby told me he was taking me to the Napa Valley for my birthday, you can imagine how excited I was. We’ve been to Italy a couple of times, strolled through pour favorite vineyard, Tenute Silvio Nardi – learned about tastings and fermentations and the benefits of French oak from our friend Jeorge, the estate manager. We know Francis Ford Coppola has been there, his wine team spent a few weeks learning from the Nardis. (More on that later) And my family name, for those who are interested, is Nardi. Winemaking, apparently, is in my blood.

We touched base with friends we know have travelled in the area for recommendations. We quickly discovered that this can be a pricey trip, because most of the vineyards charge for the tastings, anywhere from $10 a person to $25. That can add up quickly. It was recommended to us that we stay in Sonoma, the less trafficked and less commercial part of the wine country. But Sonoma’s expensive, so we decided to go the economical route of a bed and breakfast in Napa proper, taking advantage of the great travel deals (many, many hotels are doing specials now, three nights for the price of two, that kind of thing.) Turns out that was our smartest move. Napa proper? Not so commercial after all. And the B&B was perfectly located at the mouth of Highway 29 and Highway 128, two of the most beautiful stretches of road in the world. Breakfast in bed daily, a spacious, clean and quiet room with a fireplace and DVD player, a comfy bed and oodles of hot water – it was heaven.

The first day we’d arrived at about 3:00 pm local time after a full day of traveling. We were tired and hungry, and poor hubby had a cold (we were hoping it wasn’t hamthrax, we’d stopped at a local store for a jug of hand sanitizer and there were people in masks.) The B&B manager pulled out a map and a slew of tasting coupons (despite the prices, the coupons were along the lines of two for one tastings, etc.)We decided to forego the tastings in favor of a cheeseburger, which we found at the Napa Valley Grille in Yountville. Napa and Sonoma are made up of a multitude of small contiguous charming towns, with vast tracts of vineyards stretched between them. Most picturesque. 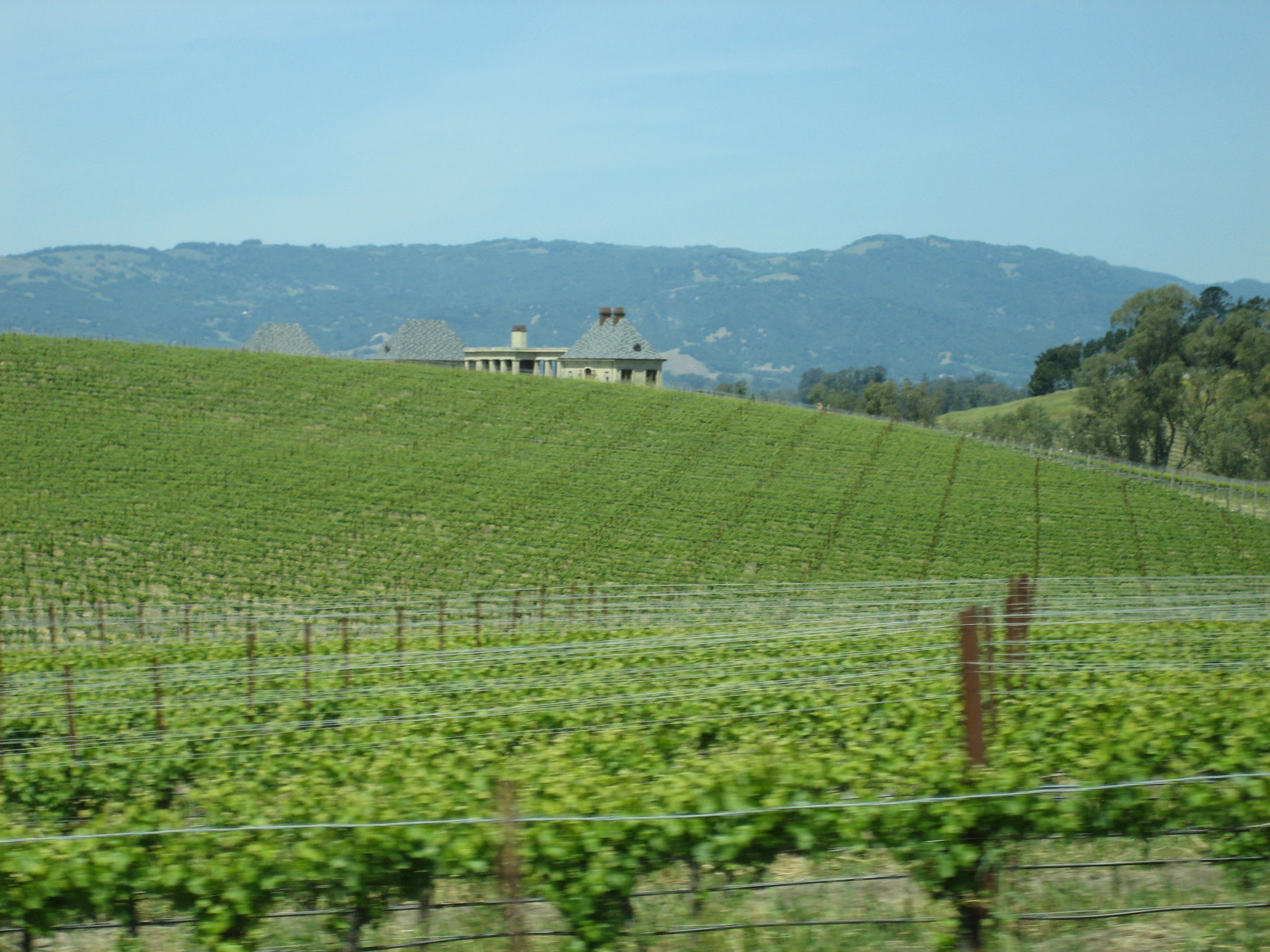 Food served, along with buttery focaccia dipped in rosemary, pepper, garlic and sea salt infused olive oil, we ventured into our first wines. Hubby had a Tangley Oaks Merlot, and I tried the Napa Cellars Merlot. Both were excellent, and we had a first moment of fortune – they’d emptied the very last bottle of Tangley Oaks and didn’t have enough for a full glass, so that one was on the house. Just the right way to get the trip started.

As we left, we noticed a tasting room for Verismo Wines. We stopped in for the heck of it and discovered three excellent wines: Stretta (aged in American Oak), Stella (aged in French Oak), and a surprisingly good Malbec, also aged in French Oak. I’ve never been much for the Malbecs, but this was rich and deep, just great. 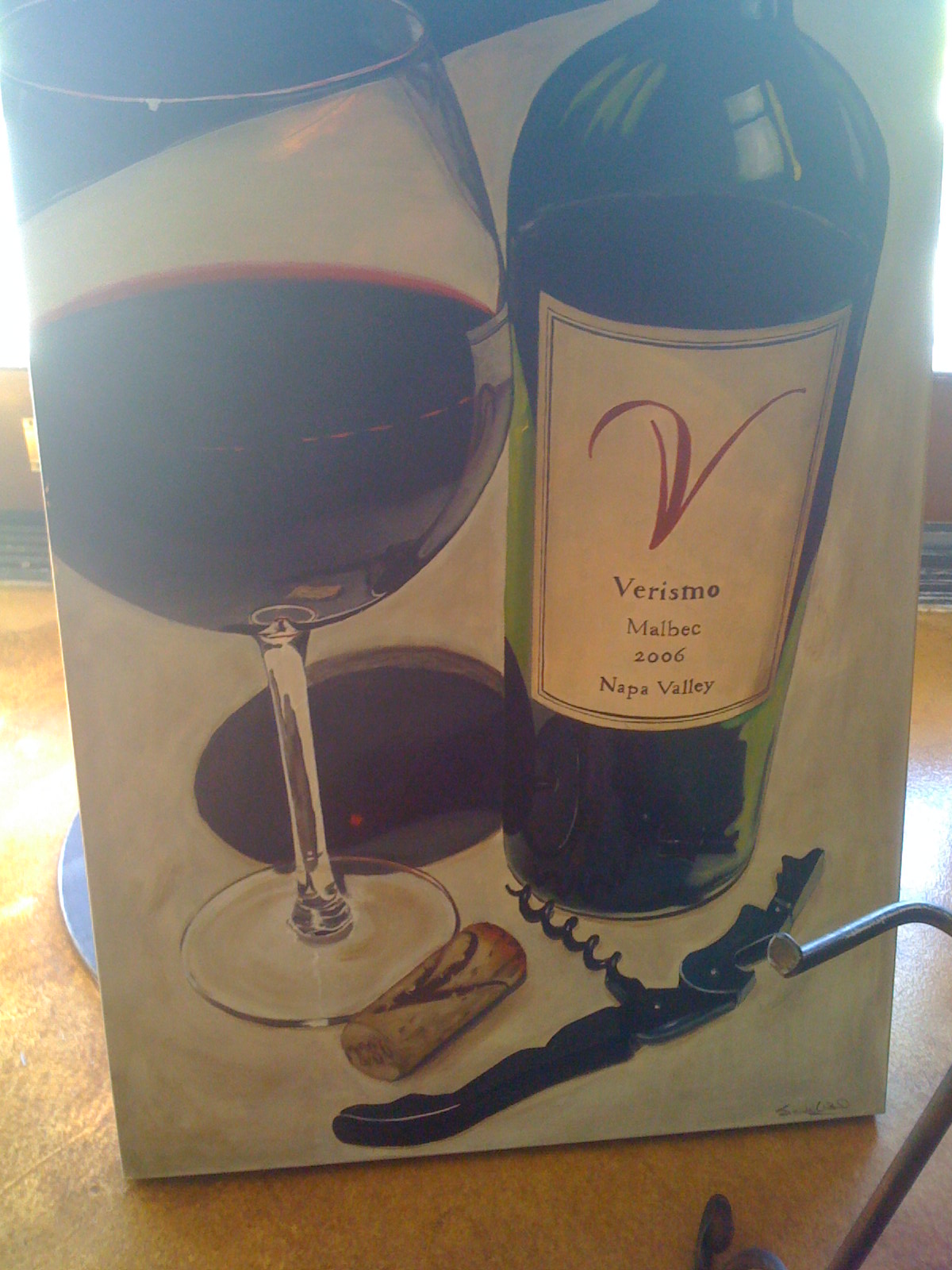 Back at the B&B, 5-7 is cocktail hour – with lovely crudités, several wines to taste and some elevator Muzak. We retired early with a bottle of Stretta in our room, lit the fire, doped up the hubster and got a great night’s sleep.

This was the last day of the decade for me. We wanted to see some redwoods, so we rose late, programmed Tara Stella Gypsy (our Garmin Nuvi, named such because Tara is the Buddhist goddess of navigation, Stella for stars, and Gypsie for… yes, GPS) and off we went. Tara has a plethora of cool features, and we trusted her implicitly to get us around.

The Armstrong Redwood Forest was about an hour north and west of Napa, and we weren’t disappointed. HUGE trees. HUGE. Towering to the sky, thousands of years old. Having grown up in a forest, it was especially peaceful and perfect. We shared some cocktail peanuts (thanks, Southwest!) and just spent some time being, astounded at the silence in these woods. 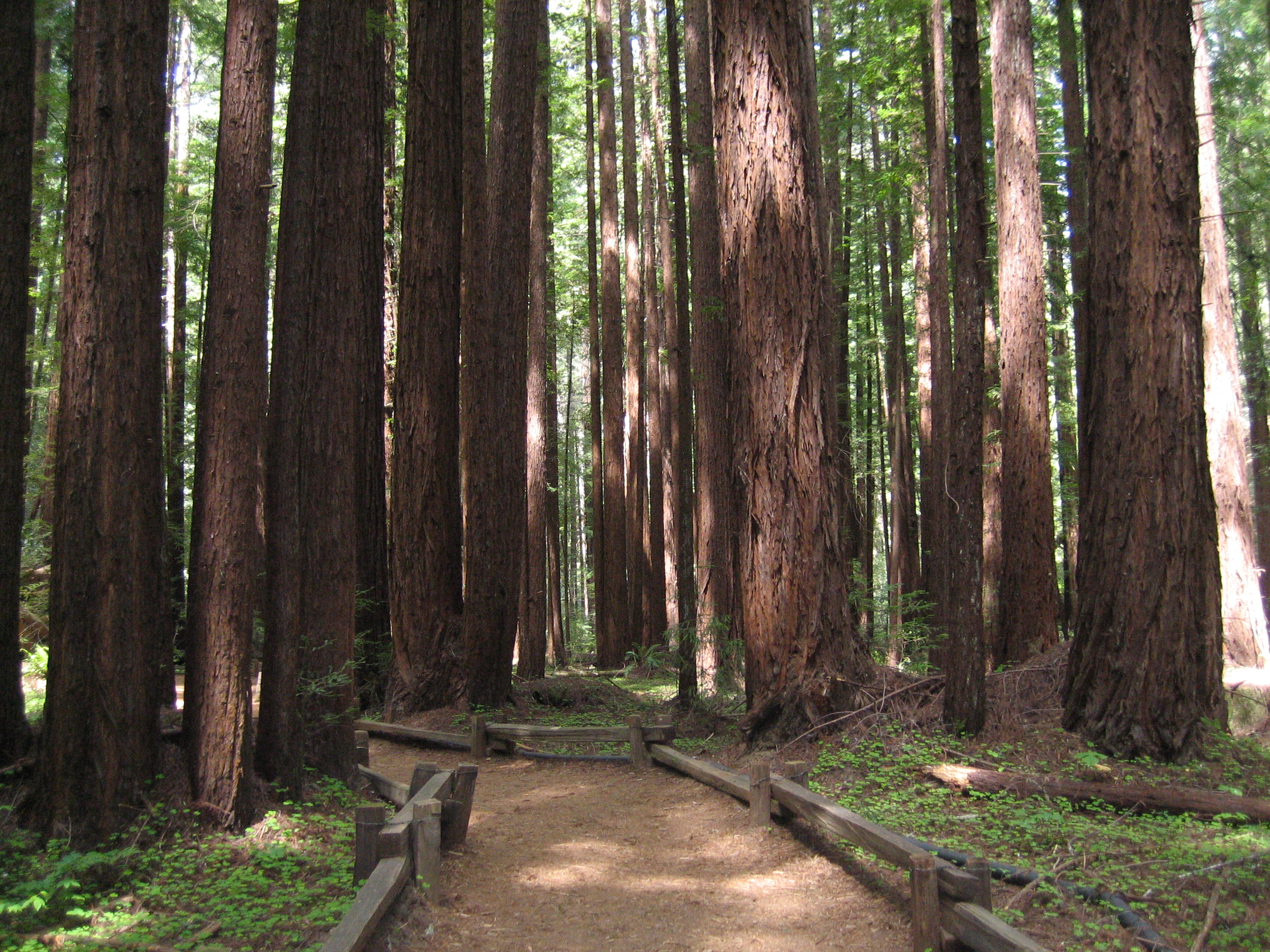 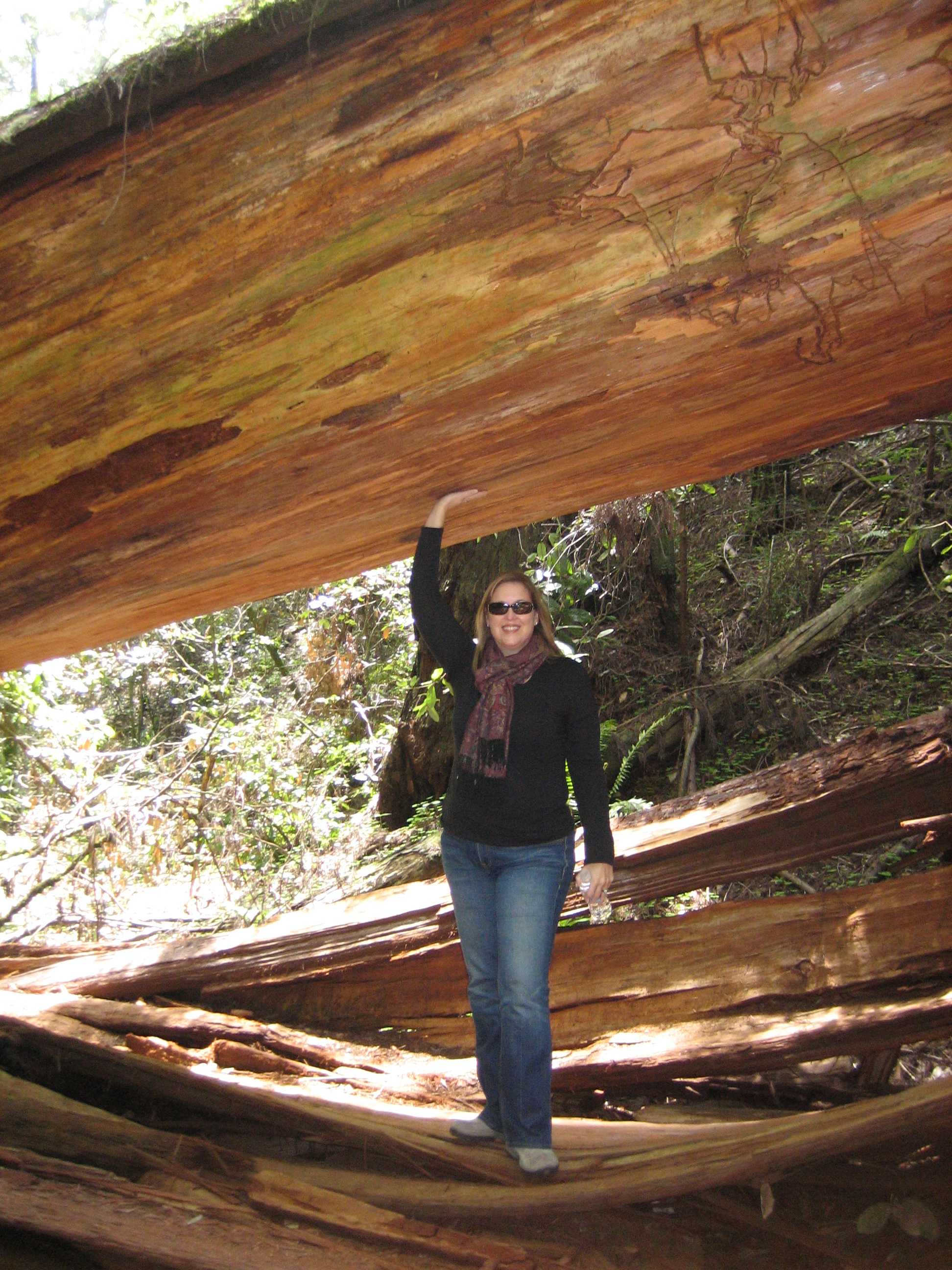 Glancing at the map, we knew we were close to the coast, so we figured what the hell. Tara happily obliged us with a point of interest entry called Goat Rock State Beach. That sounded promising. Driving through the forest, knowing that just around the curve, something glorious awaited us, we were breathless in anticipation. An eagle soared down and got in front of the car as if he were leading us to the rocky cliffs. I couldn’t help myself, I mentally recited some Tennyson. 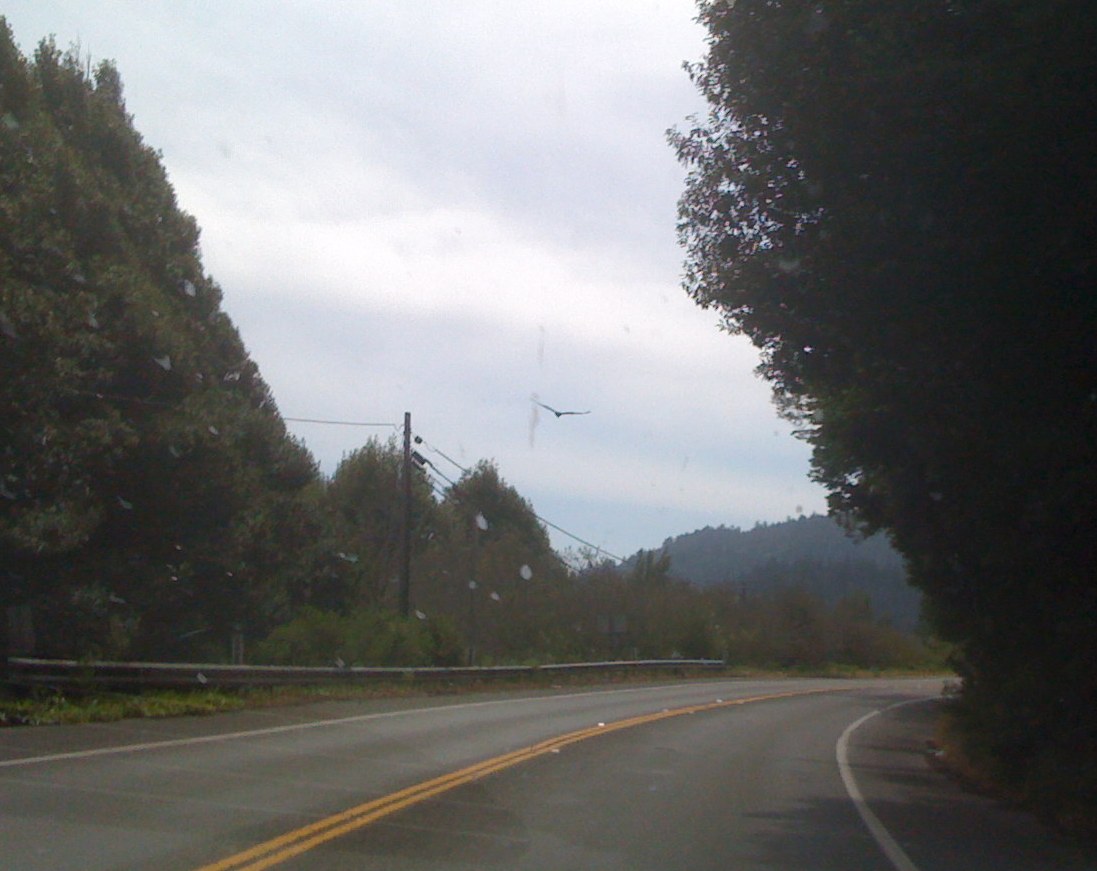 The forest quickly gave way to flatter land, yellows instead of greens, and suddenly, there it was, this gigantic cliff with the Pacific gleaming beneath us. 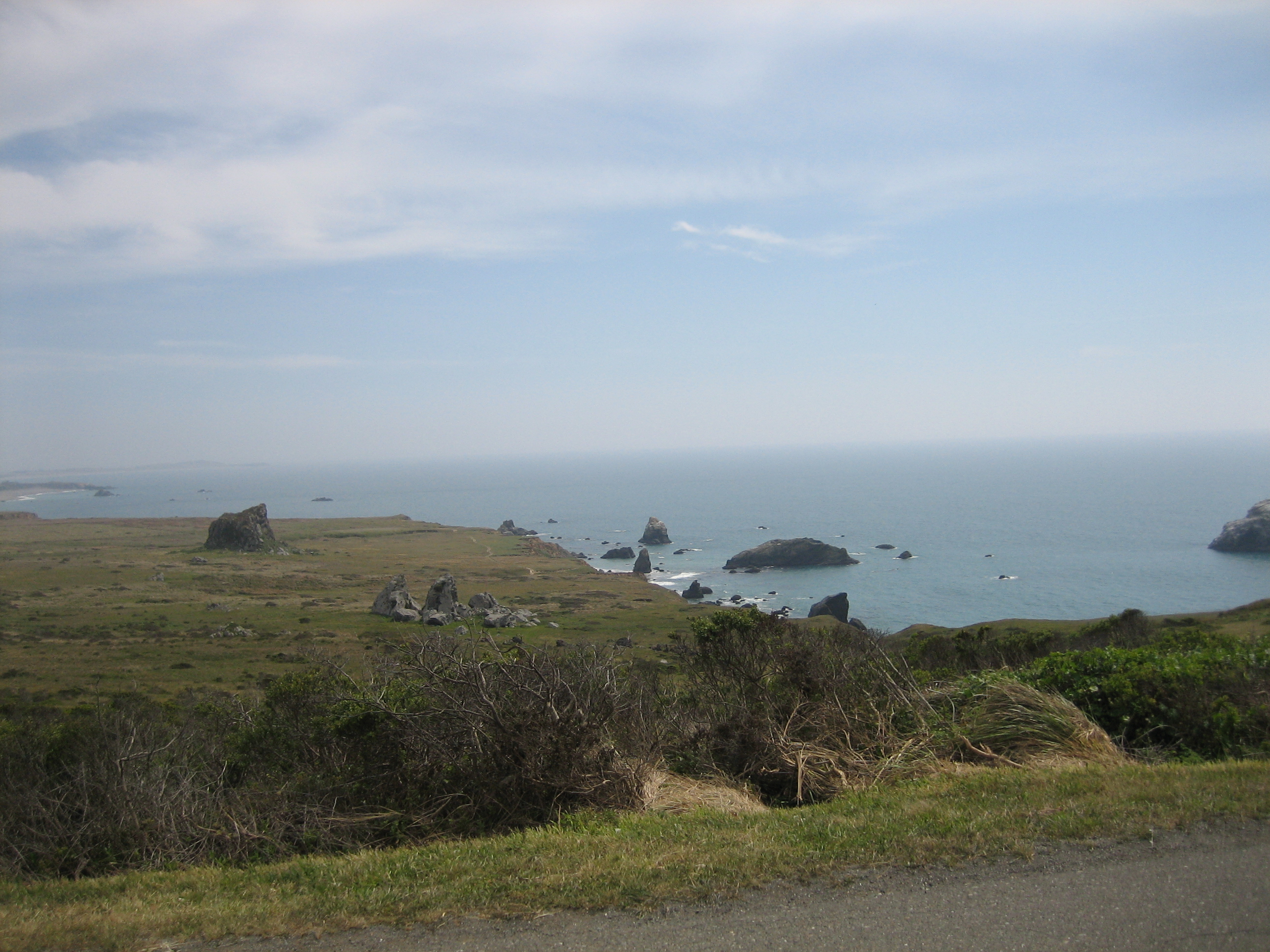 We drove down, taking a million pictures, then parked and walked along the soft sand. Goat Rock is one of the most dangerous beaches in California – the water sneaks up on you and there’s a twenty foot drop shelf right at the water’s edge – we nearly got creamed by a wave trying to dip our fingers in the pacific. 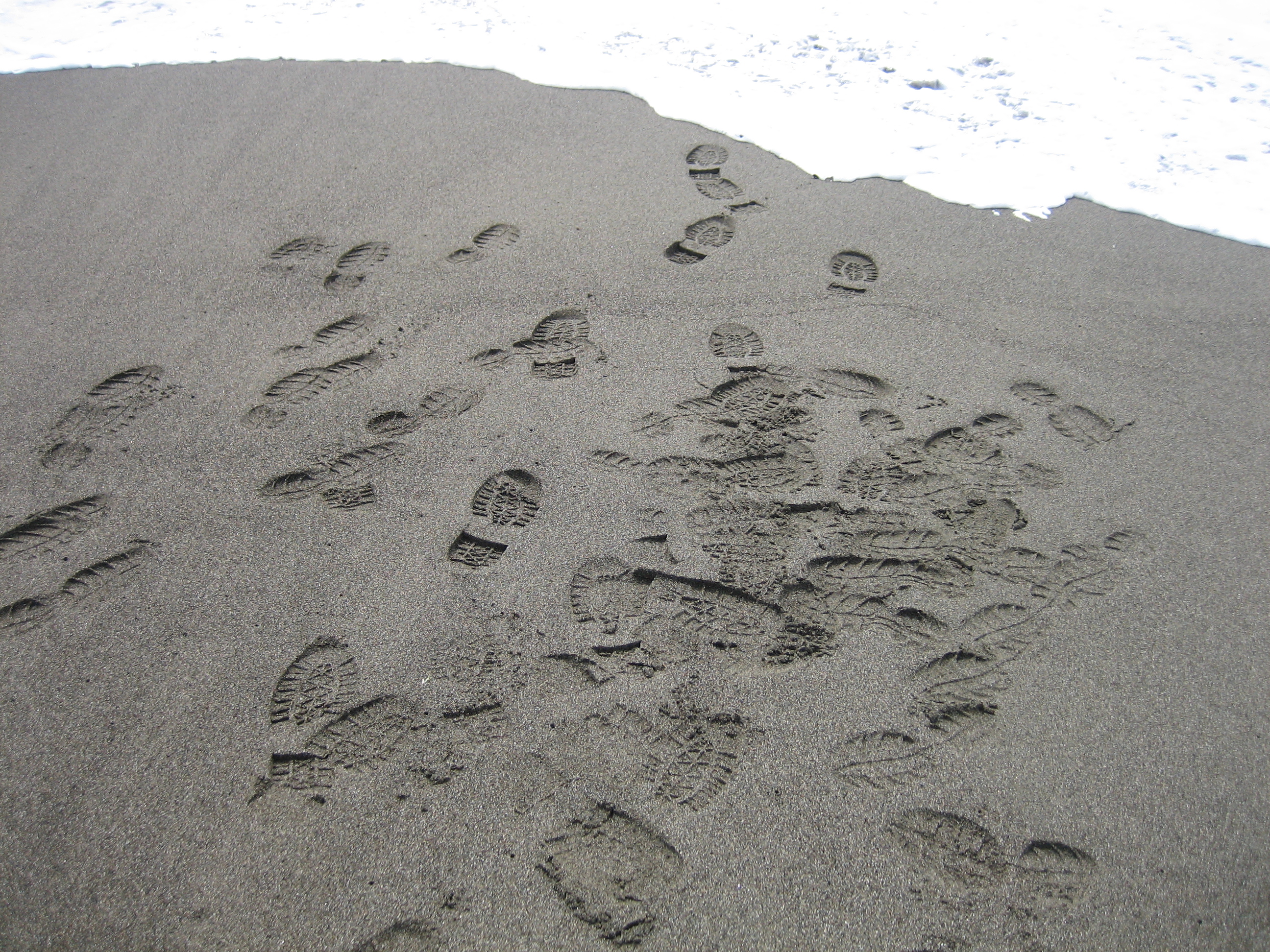 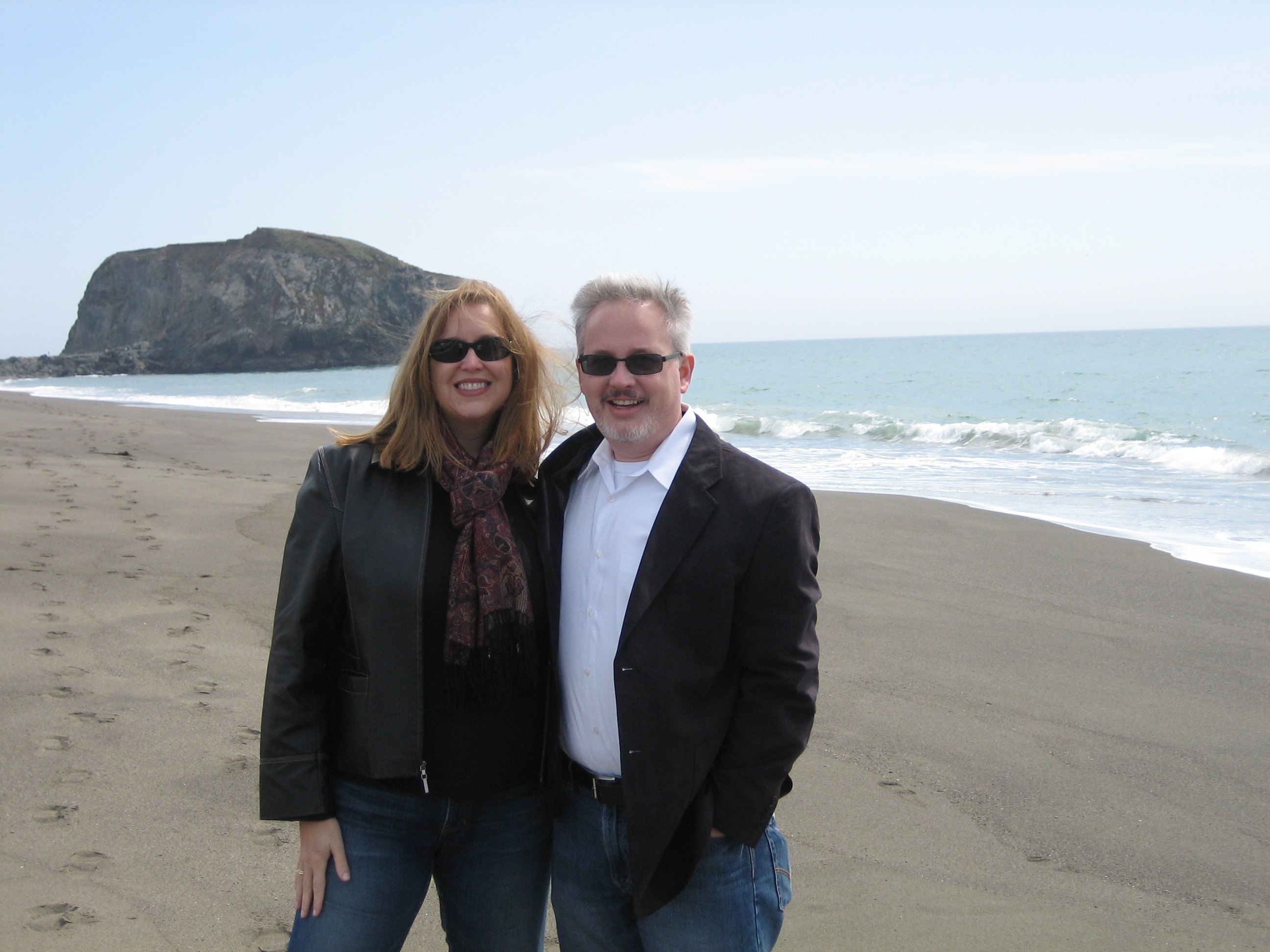 That beach was one of the speechless moments. I don’t have them often, but they burn themselves into my memory banks to stay on forever.

We finally dragged ourselves away and headed to Seghesio Vineyards in Healdsburg. There’s definitely a warming process with some of these wine folks – they assume you know nothing, and treat you a bit disdainfully until you say something in the magic code language of Dionysus (something about oak barrels usually suffices.) Then they open to you and treat you well. That irritated my populist heart a bit, but whatever. There’s also a bit of competition between Sonoma and Napa, with the Sonoma folks looking down their noses at the Napa folks, which I had absolutely no time for. All that aside, we tasted several really good wines at Seghesio: the 2006 Cortina Zinfandel, made in the Dry Creek Valley, 2007 Costeria Pinot Noir, which was a bit too new for me, the 2005 Auradou Zinfandel, also from Dry Creek Valley and the stuff the Old Vine Zin I recommended last week is made of. The 2005 Home Ranch Zinfandel had some Sirah in it, making it fruity, and the 2005 Home Ranch Petit Sirah was excellent, very peppery and laced with black fruit. But the standout was the 2005 Venom. Grown on Rattlesnake Hill, it’s their baby Brunello, and it was rich, spicy and very full-bodied, the kind of wine you want to let breathe for at least thirty minutes, then consume with a superior steak.

The purveyor at Seghesio suggested a fine Italian restaurant in Healdsburg, and since it was past 5:00, we decided to break for food. We ate at a great place right in the Healdsburg Square called Scopa. Scopa is run by a young couple who take their food seriously but keep the atmosphere light and friendly. It was also local vintner’s night, where they have local growers and bottlers wait tables and introduce their wines.

This night, the vineyard was Ceritas. Grown on a rocky slope at the Escarpa Vineyard in the Burgundy tradition, their 2007 Sonoma Coast Pinot Noir was outstanding, probably one of the best Pinots I’ve ever tasted. They only get about 70 cases off the land, and they’ve sunk their life savings into this vineyard, but I bet it will pay off for them in spades. The wine will be available in August, 2009.

The lovely waitress at Scopa suggested we drive the 128 back to Napa. It’s a windy road, but the sun was just getting ready to set and the vineyards were sheathed in the gloaming’s glow – it’s always my favorite time of day, but this was especially gorgeous. The drive took nearly an hour, but it was so worth it. 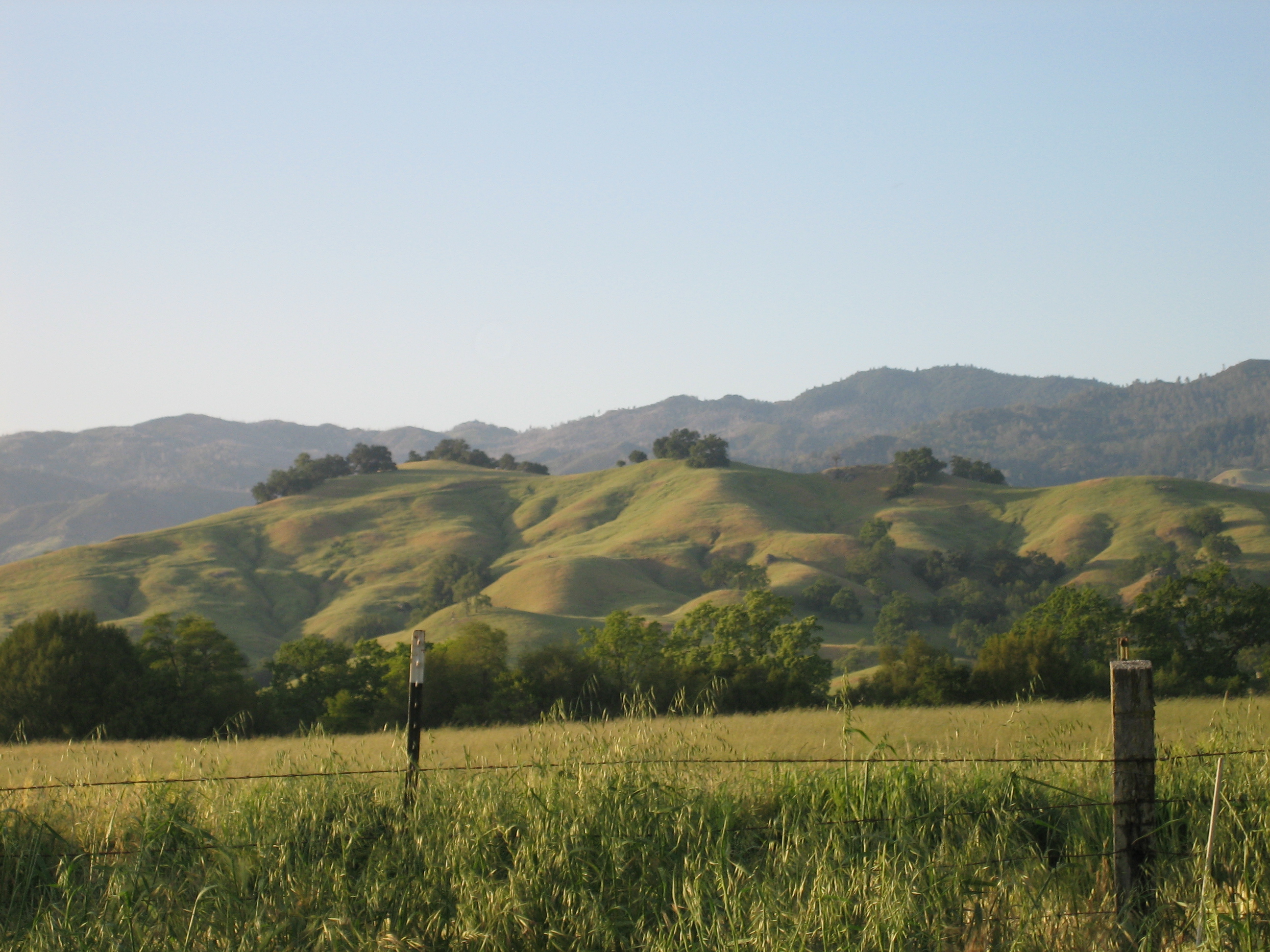 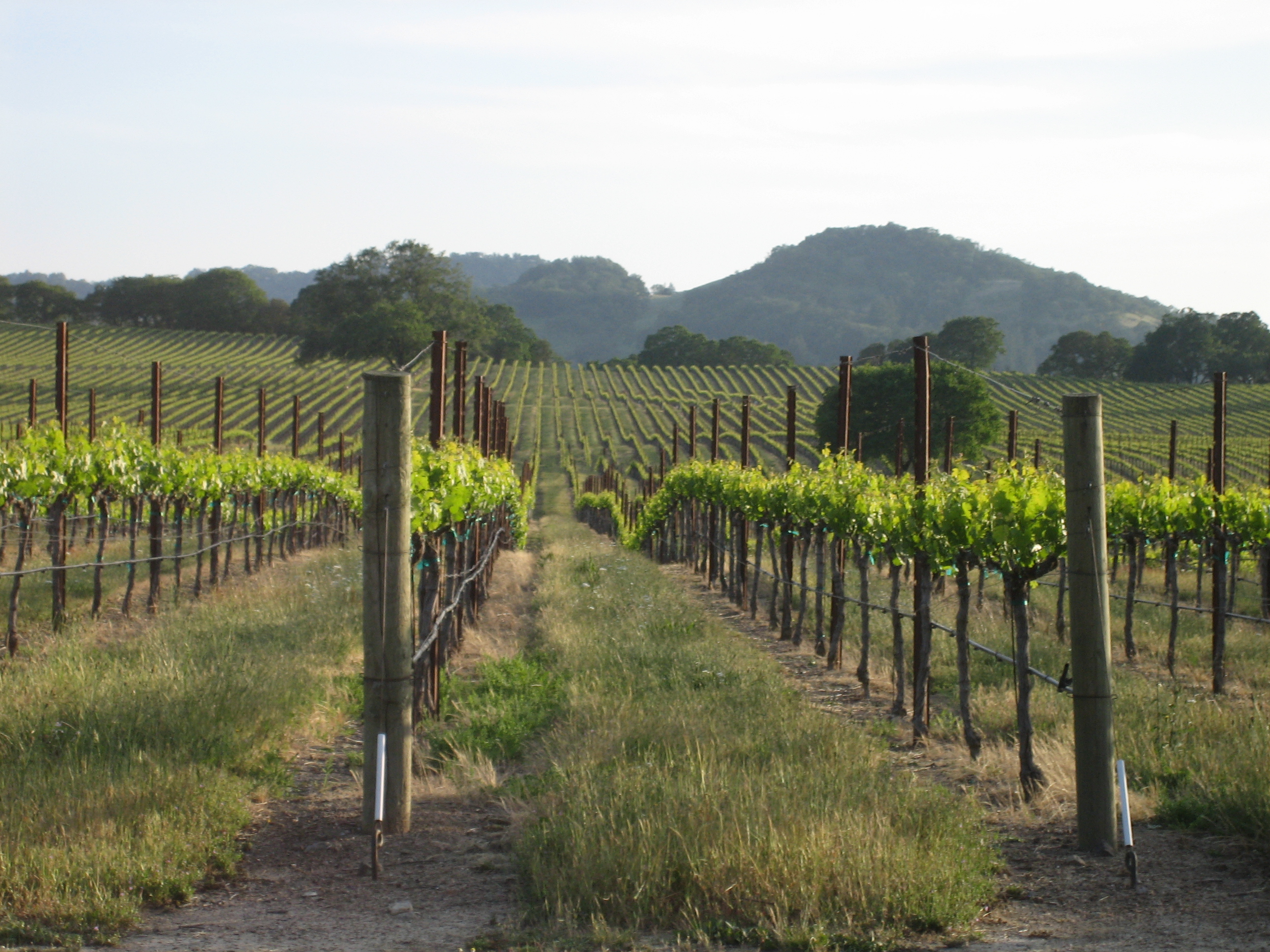 We rolled into Napa wanting to taste one more wine for the day. We found ourselves at UVA, a lovely Italian restaurant (are you seeing a pattern here???) We had glasses of Monticello Sangiovese and desert – a strawberry tiramisu for me, flourless chocolate for Randy. Throw in a decaf cappuccino and it was time to call it a day. We popped KISS THE GIRLS into the DVD player, lit the fire, and crashed.

Just think. On the last day of my third decade, I was in a forest, on a beach, in a vineyard, ate in two Italian restaurants, drank several gorgeous glasses of wine, watched a movie, had a fire, and did all of the above with the man I love. Every favorite thing in my world. It was one of those perfect, special days that couldn’t be planned if you tried. Sometimes, the road less travelled does pay dividends.

Next Week: DAY THREE, the Rubicon Estate, and how I managed to slip Francis Ford Coppola a note.

There are plenty more photos of the trip here and here.

12 thoughts on “In Vino Veritas”