I debated long and hard about the title of this week’s blog.
“Dancing in the Streets” seemed appropriate, but a little too retro. “What A Feeling”
is apropos, but a little too, well, Flashdance.
So let’s settle on what I’m really, truly feeling. Speechless.

I’ve been walking around with a stupid grin on my face since
last week, when I received what will be hereafter forever be referred to as
“The Call.” The Call came from my agent, a spectacular guy housed high in a
building in New York, where he gets to make people’s dreams come true. What a
job, huh? As with many agents, he’s a busy guy, so if his number shows up on
the caller ID, generally something’s up. And man, was something up last
Tuesday.

Let me backtrack for a moment. When Murderati launched back
in April, I told you I’d wait to tell you my story. Bits and pieces have come
out, but the essential JT Ellison is still under wraps. Let me go over a couple
of things that ultimately led to The Call, before we go into the details of
said Call, okay?

I’ve been a writer my whole life. I started young, with
picture book stories, little shorts with handmade felt hard covers that I
illustrated and carried around proudly. I dabbled in poetry, read anything my
parents would let me (which was pretty much everything) and dreamed of being
famous one day. Then came my first introduction to the harsh world of
publishing.

I won a contest when I was in the third grade – a poetry
assignment for the local newspaper. I was studying slavery at the time, and
wrote this poem from a slave’s point of view. The judges liked it and I won the
contest. My grandmother on my Dad’s side, GranMary, was a journalistic type in
Gainesville, Florida. She wrote a column in the newspaper, did some short
romances, that kind of stuff. My parents sent her the poem. She sent it to TRUE
CONFESSIONS magazine. I promptly received a
very nice REJECTION LETTER. I was eight. I understood why they didn’t want my
poem about slavery – really, what’s romantic about that?

Fast forward to college, senior year, and a professor who
told me I’d never get published. (I’m looking for her email address, by the
way, just so I can say nannie-nannie boo-boo to her, the big spoilsport!) That
probably offhand comment by a frustrated artist killed my creative spirit. I
stopped writing, took a job in politics, went to graduate school to learn how
to run political campaigns. Met Hubby, so I guess I need to thank her at the
same time. It’s one of those things, the road not taken, which baffles me. I
can’t imagine doing it any other way, but what if she had been encouraging,
thought I should go ahead with my MFA?

I actually was going that route until my French credits messed
the application process up. Apparently, I didn’t have the appropriate language
labs fulfilled. I could go back to school for a semester, take French III with
language lab, and then I could go for my MFA. Like being able pour s’obtenir
à la W.C. dans le Français parfait had any bearing on my ability to
write in ENGLISH. So George Washington’s Graduate School of Political
Management was the way to go, on every level. I can
only imagine what kind of damage that MFA program would have inflicted on my
style.

Fast forward to 2003. I’m living in Tennessee, am in between
jobs, and have some time on my hands. I’m reading John Sandford’s Prey series
front to back. I have a wild hair. I’m going to write a book.

So I did. It was terrible. A true study in cliché, a perfect
example of what not to do. Let me assure you, a brilliant first novel really is
rare. If you’ve written your first, don’t submit it. Write another. See how
much your style improves from one to the next. Then you can start submitting. I
tell you this because I made the mistake of submitting the first novel. Egad,
it was so bad. But it had a few passages that were very good. After a slew of
rejections from publishers and agents, I started over with the best parts of
Book 1. That became CROSSED, which got the attention of my agent.

I’m glossing over a lot of angst and sleepless nights
because this is the good part, the strawberry days. When the book wasn’t
getting the right attention, my agent had the foresight to suggest I write
another. ALL THE PRETTY GIRLS caught the attention of my new editor Linda McFall (I love saying that) at Mira Books. I can’t imagine a better fit for me.  Now we’re up to
date. Rewind to last Tuesday, when I received The Call.

What made this event so incredibly amazing, aside from the
fact that I got to hear the magic words – three-book deal – my parents
witnessed THE CALL. They are snowbirds, in a sense. The spend summers in my
hometown in Colorado, when I spent my formative years. Twice a year they pack
up their SUV and drive between homes. This year, they decided to come a day
early, spend a few extra hours with Hubby and me. They’d been here for about
half an hour, just gotten settled into chairs with drinks, when the phone rang.
I glanced at the caller ID and said something, well, rude. Along the lines of
"Oh *^&%". Remember I told you agents are busy folks? They don’t call just to
see how your day is going. I knew this was something.

I don’t remember too much of the conversation,
unfortunately. My agent teased me a little in the beginning, and since I’m the
eternal optimist, I’m thinking, “Damn it, I’ve blown it. It’s over.” My heart
was thudding so loudly that I didn’t even hear what he was saying until the
words “three book” popped into my consciousness.

I made him go back and repeat everything he’d said. I
managed to get through the conversation, half acknowledged when he said
congratulations, you’re a published author now, go call your husband. I got
Hubby on the phone and told the three most important people in my life the most
important news I’ve ever received. And promptly cried my eyes out. I’d finally
done it. I have a book deal.

So this column now takes a new turn. I’ll do my best to help
the Newbies understand the process of getting published. I’ll talk about my
hopes and fears for the series of books I’m working on. Walk through the editorial
and creative process as I go along. I’ll chronicle this journey, and share my
mistakes and celebrations. The first book will be out in late 2007, so we’ve
got plenty of time to sort through the details.

Apparently, I’m not quite as speechless as I thought. Thank
you to everyone who has taken the time to send an email, or call, or post on
their blogs to help me share in this news. I’ll tell you, getting emails from
writers you read and love, congratulating YOU on getting published, is a trip.
I appreciate each and every one of you, and hope never to disappoint you. Have
a great weekend, everyone! I hope all of your publishing dreams come true.

Wine of the Week – Dom Perignon, of course.

@JamieMason_ Okay, my bubble has been popped. Now I suspect the whole thing was staged. I'm back to hating everything.

Small acts of kindness, everyone. They matter.

Not all heroes wear capes.

This is my America...

Thought of out of, um, nowhere?: I really miss going to Gabriel Rucker's fabulous Le Pigeon in Portland. #pidgin #grassley 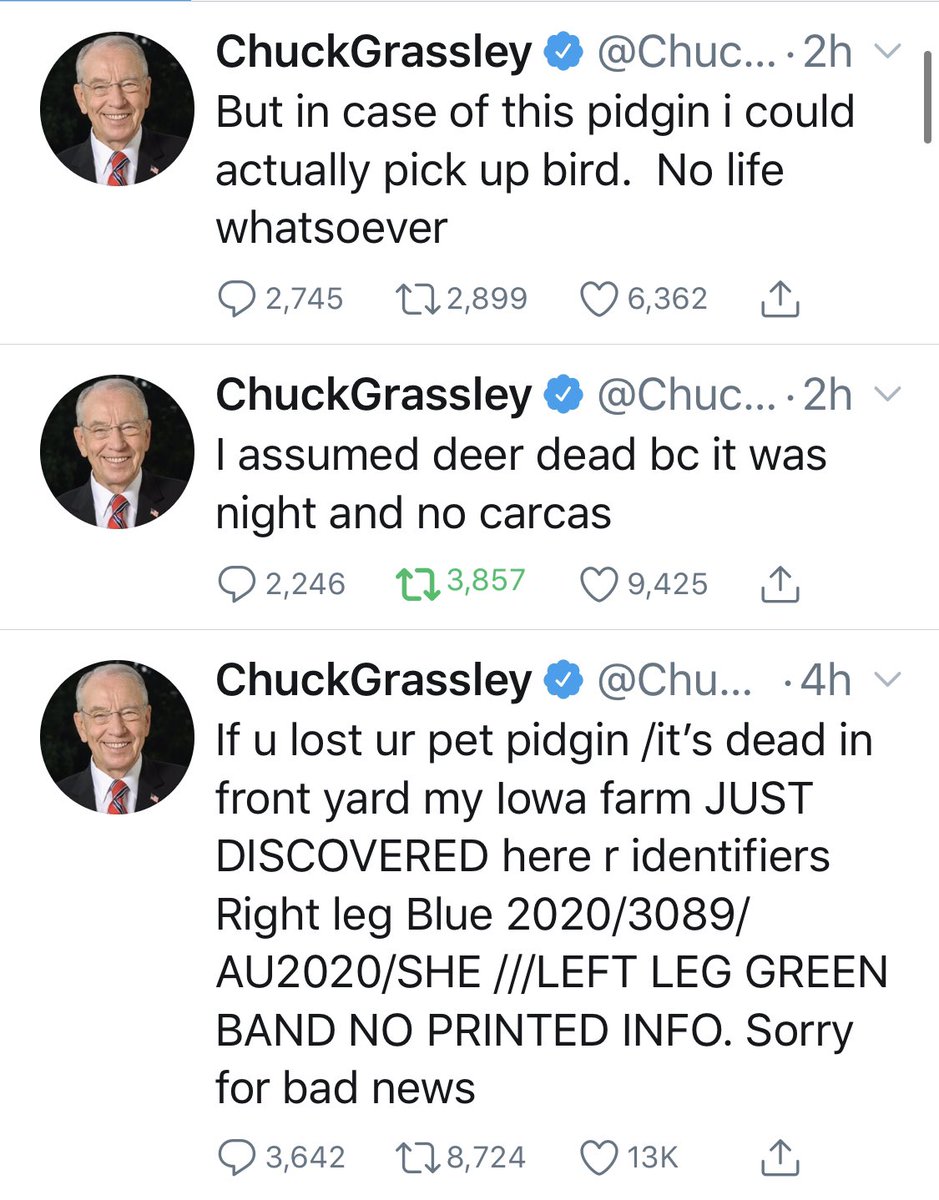 FYI Chuck Grassley is third in line for the presidency, after the vice president and the speaker of the House.

@ProjectLincoln I confess, y'all had me nervous earlier in the day. Thank you for this!

@jungle_os Do mommy cats always bond with their kittens like this?