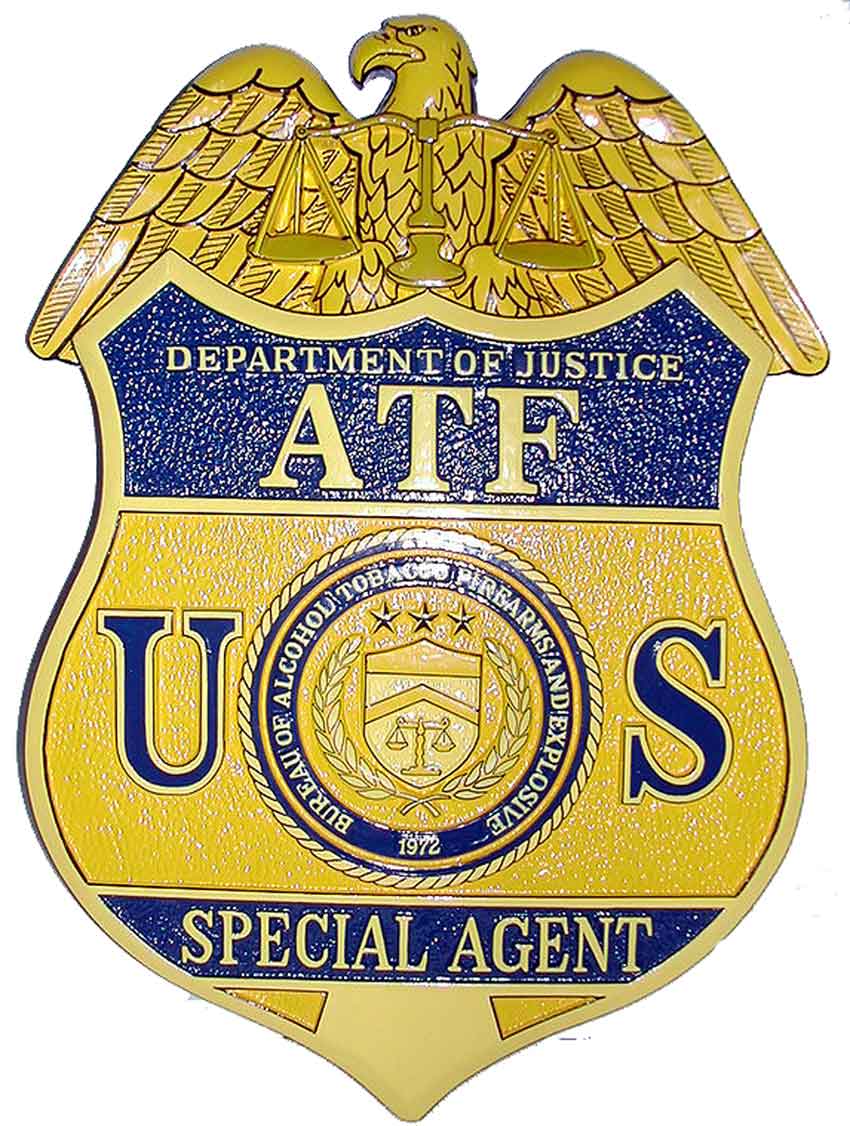 I was the point man, or “blocker,” in our stack of four. Our team leader asked what I could see around the corner.

“I see two open doors on the right,” I said. “The first is fifteen feet in. The second is twenty.”

“Can you see anything on the left?” he asked.

“Maybe twenty feet in, I see some light. It could be an open door.”

The suspect was yelling and throwing things against the hallway walls, but it was further than I could see from my position.

“Joe!” I yelled. “We have a warrant for your arrest. Come out with your hands in the air!”

“Fuck you, pooooolice!” Joe yelled, and we heard a gun shot.

I tried calling Joe out again, and he repeated his mantra, slamming chairs and other objects against the walls as he yelled.

I was a bit nervous, being the guy in the center of the hallway and the last one who would step into the room. I wore a vest and helmet, but I’d never fired the Sig pistol and I didn’t know what to expect. I didn’t want to be a misfire statistic.

We moved slowly down the hall, each one resting his hand on the left shoulder of the guy before him. I was in front with no shoulder to hold. After I passed the room, I felt each of my teammates slip behind me, their weapons held in front of them. “One-thousand one, one-thousand two, one-thousand three,” I whispered, then stepped backward into the room, never taking my eyes off the hallway. Our room was clear.

“What did you see?” team leader asked from the starting position behind me.

“The light does come from an opposing room. And the hallway is long, with another open door to the right, about a hundred feet from our position, and a door at the end of the hallway,” I answered.

The team leader sent another four men to join us. I stepped into the hallway again and let them slip into the room we’d taken. I stepped back in after the last man passed behind me. My eyes remained in the hallway.

I took a deep breath. We could hear our suspect, Joe, laughing insanely from one of the rooms. We’d been told he was a felon who had broken his probation by carrying a loaded handgun. We asked what the felony was for and were told that he’d attacked a police officer. I exhaled.

I stepped into the hall and was joined by the point from Team Two behind me. Our teams walked side-by-side, then split off into the opposing rooms. The three in my group entered and cleared the room.  I heard Team Two clear theirs.

We moved out. I heard them behind me, sharp breaths under clunky face-masks. Joe was nowhere to be seen.

As we approached our objectives I pulled back into my team, collapsing the point. I was in first position, with three other men behind me. Team Two stepped past me and took the room at the end of the hall.

I turned right into the room, my weapon raised. I could barely see through the foggy visor, but I saw a man crouched on the floor with a gun in his hand.

“Drop it, Joe!” I yelled. He raised the weapon and I did what I was trained to do. I put two rapid shots in his stomach. The marks appeared quickly on his shirt.

He dropped his weapon.

“Don’t shoot anymore,” he said, still crouched on the backs of his heels. I got him just below the vest, where it hurt.

“Can’t you fuckers ever aim for the chest?” he asked. There was a yellow stain on the back of his head from where he was hit in the last simulation.

“Sorry,” I said, feeling proud as hell. They were just sim rounds, but I heard they left a welt. I wouldn’t know, having avoided being shot myself.

“Wear crappy clothes!” our PIO had said the week before. “You will get hit, all of you.”

This is my fourth week in the ATF Citizen’s Academy. I fucking LOVE IT. This is Disneyland for crime writers. It’s three or four hours a week for eight weeks. And then we graduate. I want to fail so I can do it all over again.

The ATF Citizen’s Academy is the pet project of Special Agent in Charge John A. Torres, a soft-spoken, well-respected leader who has been with the ATF since 1984. It’s the only one of its kind in the country, and its success has spawned plans to duplicate the Academy in other states across the U.S.

The first couple weeks were filled with lectures. The kind of lectures you never got in college. With footage of undercover operations filmed from the lapels or buttons or sunglasses (the agents won’t tell us all their secrets) of the agents involved. Real Donnie Brasco stuff. These agents put their necks on the line every day, and we got to see it. We were taken through the details of infiltrating a simple counterfeit cigarette smuggling ring in Los Angeles and watched as it grew into an international undercover operation involving the ATF, FBI, Secret Service, ICE, LA Sheriffs, CHP, the Royal Canadian Mounted Police, the Hong Kong police, and more. An Asian gang in Los Angeles led to a Russian car-stealing operation in New York and climaxed with a deal to smuggle military weapons to the U.S. from China. Called Smoking Dragon, the operation netted 95 million dollars in seizable assets.

I think that was the first night’s class.

Then we got into undercover operations with the local motorcycle gangs. Most of this stuff had to do with illegal weapons sales. Our PIO is a Special Agent himself, and he’s mostly known at the agency as the guy who’s crazy enough to do anything he’s asked to do. His name is Special Agent Christian Hoffman, and Author Andrew Peterson brought him to the Romantic Times conference in Los Angeles this past year. Together with an outstanding team of other special agents, Christian ran a panel on ATF tactics, weapons, and operations. The event ended with Andrew Peterson being attacked by a german shepherd from the ATF weapons division. What a climax.

Last week we were wired and sent into a local, outdoor shopping center to spy on a Confidential Informant, another ATF agent. He was approached by several different suspects intent upon selling him a stolen Glock pistol. I was team leader in a group of eight classmates, and we were all paired in twos. Our job was to watch the CI and everyone he came in contact with, while trying not to be “made.” I sent classmates off to follow each suspect he met, which led some of the students into dark parking structures where they witnessed “hand-offs” and were forced to record license plate numbers on the palms of their hands. I found the psychological strain of Surveillance Day much more exhausting than the more physical day we spent catching bad guys with paint-ball guns.

But I love it all. Next week we go to the range. Yes. Fully-automatic assault weapons with live ammo. We even get to fire a Tommy Gun.

After yesterday’s exercise I asked our instructor what the cut-off age is for joining the ATF.

Damn. I’m almost the age where I can’t do everything I want to in life. But I’m never too old to write about it.