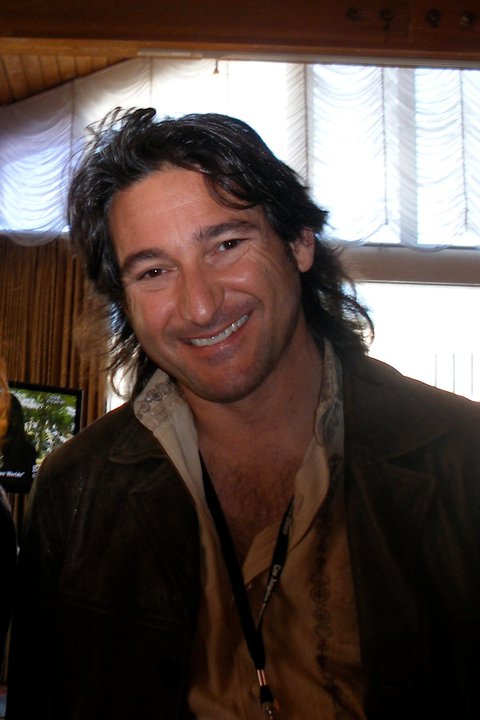 I like that the guy who works at Trader Joe’s sees us and says, “Hello, family.”

I like that people stop us at the beach and comment on how the kids have grown.

I like that, at the West Hollywood Book Fair, Jerry Stahl leaned over and said it’s nice that my family is so supportive.

People in the book community have watched my children grow for a number of years now. My wife and boys have attended just about every book event I’ve had since Boulevard, my first book, was published.

I like it. It’s a good feeling. Especially since, for the first eight or so years of my children’s lives, I was almost never around. I was working a national sales job that kept me crossing the country every other week. One week in, one week out. For years my youngest son said he didn’t like me. He actually used the word “hate,” which I knew was much stronger than what he meant. When I asked him why he “hated” me, he couldn’t think of a reason other than, “You have too much hair on your arms and face.” At the same time, he loved the daylights out of his mother. I realized that Noah felt this way because I was hardly ever there. I was the one who LEFT. His mommy was the one who STAYED. She is an at-home mom and has been by his side his entire life. I got the picture – why would a parent leave his family every other week unless he really didn’t care? And then, when he was home, why would he spend most his time hiding away, writing a book? Noah was too young to understand the sacrifice of working a day job to support a family. He thought I wanted to go. He was too young to understand the commitment and sacrifice necessary to excel at an art, despite the challenges of raising a family and working a nine-to-five job.

I couldn’t get this point across and soon I had to accept the fact that this was how it was going to be. Although this saddened me, I didn’t blame him for not liking me. I told him I thought he would change his mind someday, and I would patiently look forward to that moment.

Since I traveled so much I figured I’d better put something in writing, in case I met with a terrible accident along the way. I wrote a letter to each of my boys, sealed the letters and placed them in a drawer. In the letters I told my boys how much they meant to me, how special they are, singling out the special qualities that makes each boy unique. In Noah’s letter I said I knew he loved me and he should never, ever think that I didn’t get that message. Just because he didn’t say the words didn’t mean he hadn’t shown me, in everything he did, how much he cared.

I wanted to put him at ease. I know from experience that there’s nothing worse than wishing you had said something to someone before they died. Nothing worse than wondering if that person thought you didn’t care.

One day, just a few years ago, Noah turned to me and said he had something important to say. I brightened, guessing what was up. He was a bit shy about it, so I prompted him.

“Is it that you don’t hate me anymore?” I asked.

I could sense there was something more. My chest started tingling.

Damn. That was the best feeling in the world. I’d been waiting nine years for that and, frankly, I’d been wondering if I was ever going to hear him speak those words.

Since then we’ve been peas in a pod. The best of buds. He’s twelve now and we often walk around in public holding hands. I relish it, knowing he’ll soon cross that line where holding his daddy’s hand isn’t cool anymore. But that’s the funny thing about Noah – he doesn’t care what is and isn’t cool. He goes against the grain in everything he does. And, to me, that makes him all the more cool.

His older brother, Ben, surprised me with some critical family support the day Boulevard launched at Book Soup in L.A. There was a group of about fifty people and when I asked if anyone had questions, Ben, ten years old at the time, raised his hand.

“You have a question, Ben?”

“Okay,” I said, warily. He came up to the podium and I put the microphone to his lips.

Ben studied the crowd confidently and said, “I watched my daddy writing all the time, for years. He was always writing and saying he was going to make a book. I really didn’t think it would be that good because, well, it was his first book, so how could it be that good? And then he finished it and it got all these great blurbs (yes, he knew what blurbs were!) and everyone is saying all these nice things. And I’m really proud of him.”

Another touch-my-heart moment. If you saw the pictures from that day and saw my face you’d see the look of a content, grateful father.

You see the same look in my author photo right now.

I’m the kind of guy who just can’t smile for the camera. I try, but I usually end up looking like an insincere dork. Anyone who spends a little time studying body language knows that a sincere smile is seen in the eyes. The eyes have to smile, and that’s a response that can’t be faked.

One day Noah took a photo of me at the Festival of Books, standing next to Lisa Lutz. He was just getting into photography at the time and I thought he looked absolutely adorable behind that camera. As I posed for him, my face lit up with a pure, proud, authentic smile. And that’s what he captured, something real, with eyes that smiled with my lips. I carefully photo-shopped Lisa Lutz from the frame (sorry, Lisa!) and submitted the photograph to my agent. When my novel, Beat, was published I showed Noah the author photo in the back, and his name in print as the photographer. His face lit up with pride. I think that was the moment he decided to take a more series interest in photography. 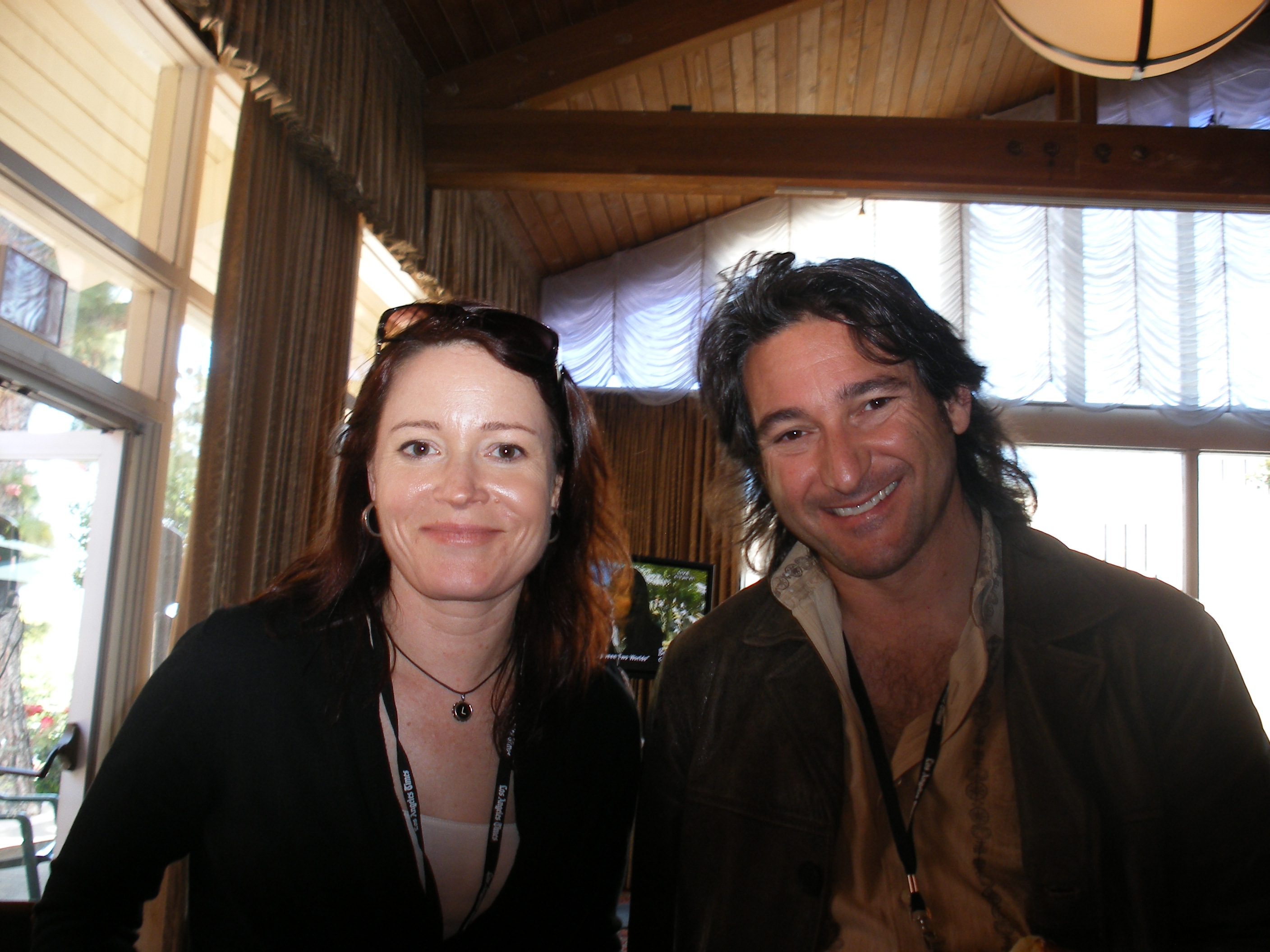 After that he took pictures of me and other authors at every panel I did. His passion came to the attention of Diana James, the literary publicist married to author Darrell James. She asked him to take some photos of Darrell at one of the book festivals and, after we sent them to her, she sent Noah a $20 check for his services. It was his first paying gig. Diana was such a sweetheart – she included a letter to Noah saying how wonderful his work is and that he should continue pursuing his dreams. Diana passed away not long ago – a terrible, tragic loss to her husband, friends, and the literary community at large. A terrible loss to a little boy whose life she touched. 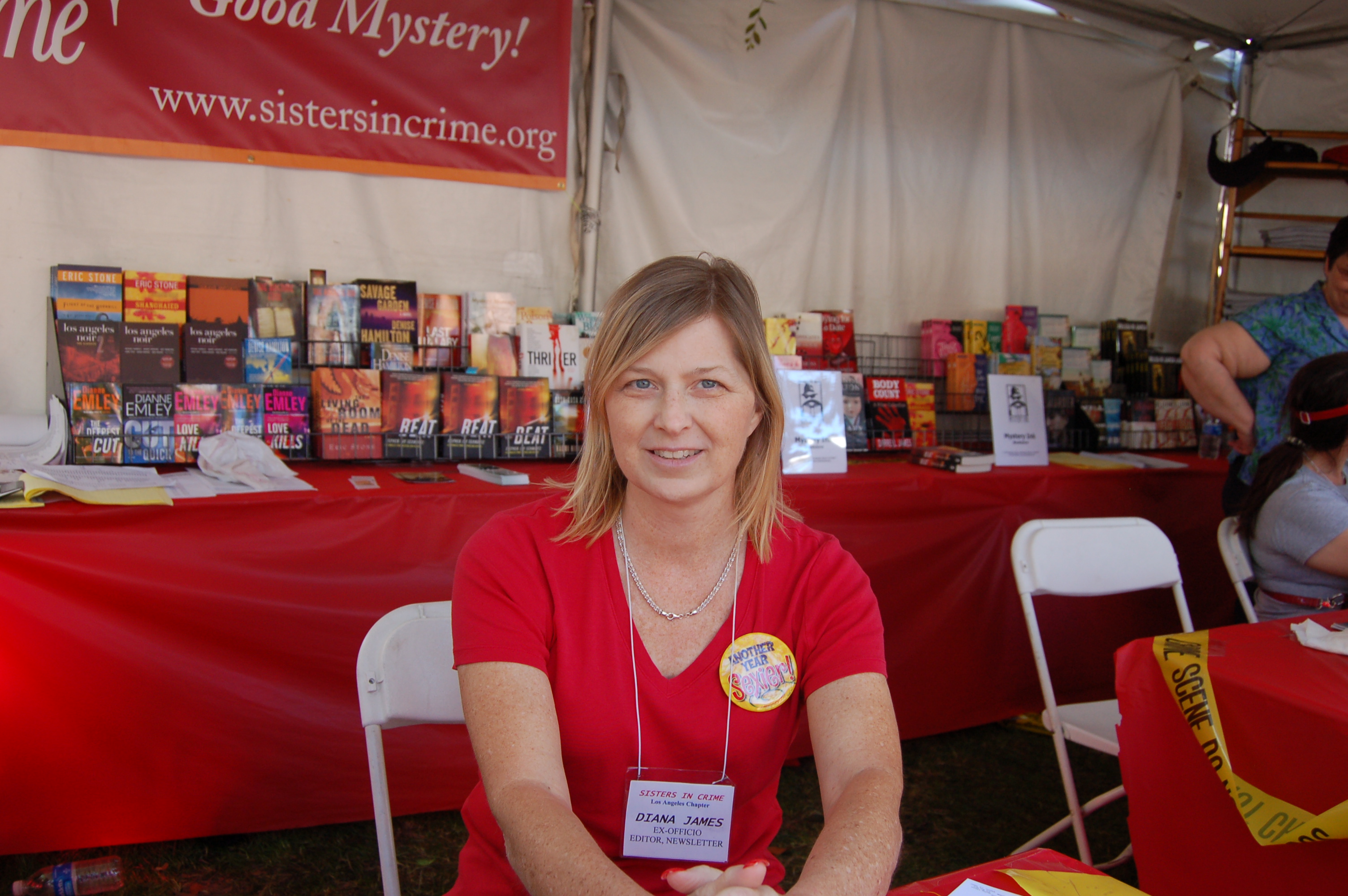 I’m aware I’m a lucky guy. The time I spent working and writing could have driven my family away. There was in fact a critical moment when my marriage almost ended and everything had to be rebuilt, from the bottom up. We worked through it, we got past it, we made it to the other side.

Things could be better. I could be supporting myself as an author. I could be working a day job that means as much to me as my writing. I could be out of debt. I could have a car that runs. I could be living in a house instead of an apartment. The list goes on.

But this thing I’ve got is better than everything else combined. The love and support of a loving and supportive family.