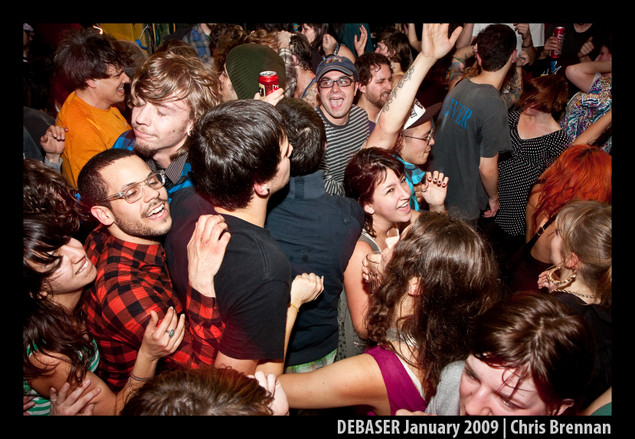 I was writing in Starbucks in Hermosa Beach one Friday night and the town was hopping. A number of ultra-hip, Hollywood type dance clubs have opened in this little village, devolving what had once been an organically cool jazz/blues biker scene into simply more of the same L.A. bullshit. Cafe Bugaloo still brings live blues bands in from the Mississippi Delta, but they go DJ techno-pop starting at 11:00 pm. Then it’s long lines, bouncers and attitude.

The cafe was busy with marauding twenty year-olds popping in to add a little caffeine to their drunk. A group of four guys sat down in leather arm chairs beside me. They had come from one club and were headed to the next. They spoke extra loud – I could hear the music from the last place pounded in their heads.

“I’ll tell you something,” one said to the other three. “When I see a chick I want to pick up I say, ‘I like your face.'”

“Try it,” the first one encouraged.

“Yeah,” the others agreed.

Really? You don’t even want to pick a particular feature to emphasize? How about…her eyes, for instance?

How about something like…”Man, I’m sorry, but I can’t stop staring at your eyes. I hope it doesn’t make you uncomfortable, it’s just that…I’ve never seen eyes so blue. They’re just, really bright, and blue, and sharp. They’re gorgeous.”

Now you might have her attention. Put a little effort into it, asshole.

Or maybe she has one of those arcing, Roman noses and you catch her looking longingly at the pinky-noses of her friends. So maybe you try something like this:

“You’ve got a real exotic look, you know. And your nose is just…elegant. Don’t ever change it.”

Listen, anything I put down is going to sound like a shallow pick-up line. That’s why I never went to dance clubs to meet girls. Every conversation sounds exactly like this:

And come on, girls…if you look at him and think, “God, that was sweet, he’s so sincere,” then you deserve what you get.

The line makes me think of one of my great writing weaknesses: describing people. I hate it. I can’t help making everyone sound like a caricature. “He had bushy eyebrows and big, puffy jowls.” That’s the kind of shit I start to write and then I think…what did I just write? So I try to think of people I know and how to describe them and I can’t think of anything that doesn’t sound absolutely dull. “She had a button nose and tiny wrinkles in the corners of her eyes.” Ugh. I don’t know, but to me, everyone looks roughly the same. “She had two eyes, a nose and a mouth that opened when she spoke.” That’s how I see everyone. The differences are too subtle to note.

“He parted his thin hair to the left.” What does it matter?! Does that really tell me anything about the character? Because that’s what a character description should do, in my opinion, tell me something about how the character thinks and feels. How he sees himself.

“He had a face that people liked.” There, that was easy.

Dickens was one of those writers who could nail a description. God, I love how he described the lawyer in Great Expectations – how the man was always washing his hands. The way his characters looked, how they did their “stage business,” what their mannerisms were…all this revealed character. Often they revealed something that countered the conscious efforts these characters made to impress others. Their faces revealed something else, something dark or sinister, or weak, or sick. The weight of life and difficult decisions etched in their foreheads.

To me, writing effective, multi-layered character descriptions is – and I’m talking about physical descriptions and mannerisms only – one of the hardest things I attempt.

I’m reading Walter Mosley’s “All I Did Was Shoot My Man” and his character descriptions knock my socks off. He makes it seem easy:

“Gert Longman was dark-skinned and heavy the way old-time movie stars used to be.”

“The rhyming young men were dirty, probably high, and likely homeless–but they were singing and moving to an imagined beat that men had been keeping alive in their breasts longer than there were any buildings or buses–or prisons.”

“She had amber skin with pecan brown freckles, burnt orange eyes, and an expression that had been spawned when she needed a doting parent to indulge her fears. The fact that she was near sixty had not extinguished the fears haunting her worried inner child.”

“The girl was cinnamon colored in the way of Native America after it had been raped by Europe.”

“His mottled tanned skin seemed to come from sportsmanship and not vanity. His trousers were khaki and shirt lime cotton. His feet were moccasined in red-brown leather and his hair was onyx and silver as opposed to the more pedestrian salt-and-pepper.”

Beautiful, ain’t it? It would take me a week to come up with lines half as good. Mosley’s descriptions reveal character. And, since the book is written in first person, the descriptions also reveal the character of the observer himself; the narrator, the protagonist. The way he describes people shows us that he is a poet himself. It reveals the quality of his education, it underscores his sense of disillusion and his loneliness.

All this to say that there’s more to a description than meets the eye.

What is it about her face that you like?

“Listen, writer dude, I just want to get laid, all right? And the line works, so shut the fuck up.”

The last time I was at a club with my wife I decided to give it a shot.

I feel I can take some liberties here; we’ve been married a long time.

She gave me a cock-eyed look then smiled and took my hand. We left the club together.

If she falls for a shallow line like that then she deserves what she gets.