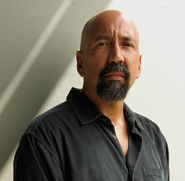 Like  everyone else here (I’d be willing to bet), I have a Manuscript In a Drawer.

You know the one I’m talking about.  The orphaned child that Cannot Be Published, because it’s too flawed or too violent, too personal or too counter to the market decrees of the moment.  It shames you, and yet it calls to you.  It is useless because no one else wants it, and yet you have a love for it that will not die.

In my case, the  MIaD is 140 pages of a standalone thriller that has never found a reader who didn’t prove to be indifferent to it.  My agent didn’t get it; my former editor passed on it without breaking a sweat; and the two or three other people to whom I’ve shown it over the years have all responded to it with a collective shrug.

I still can’t wrap my head around the idea that it might.  It is going on seven years old, and the idea from which it sprang is much, much older than that, but here I am, as convinced as ever that this is one great book.  A modern classic of noir fiction that if I don’t write, some other smart bastard eventually will.

So help me God, I have tried and tried to believe otherwise.  I take the manuscript out of its musty hole every now and then and scour its pages for that thing, that big, ugly wart of mediocrity that everyone else but me can see—lousy prose, phony dialogue, a plot that just drags on and on—and I can’t find it.  It isn’t there.  My instincts tell me again and again that I’ve got something here, something special that a large audience would embrace if they only had the chance to discover it…

…and yet I won’t go back and finish it.

I’ve got better things to do, bigger (read: more likely-to-be-profitable) fish to fry.  It is my baby, and yet I fear that to devote any more time and energy to its care and feeding would be an inexcusable waste of however many days I have left to write on this earth.

In other words, I’m in a long-standing state of paralysis where this book is concerned, and the reason is quite simple:

I don’t trust my own judgment enough to fight for this thing.

And I know what you’re thinking: Who the hell does trust their own judgment?  The writer has yet to be born who isn’t shackled to some extent by insecurity.  Self doubt is as much a part of our makeup as a need for wide-spread acceptance and, yes, the cash to pay our mortgage in perpetuity.

Nevertheless, it seems to me that the people who achieve large-scale success in our business tend to have a very healthy appreciation for their own work, if not a downright, pathological determination to see it take over the world.  You talk to these people, you read and/or listen to the interviews they do, and what you hear is someone who doesn’t give a rat’s ass what their agents, editors or critics have to say, and probably never did.  Their inner-voice has told them that their stuff is worth every penny of a six-figure contract and a fifteen-city book tour and, by God, they aren’t leaving the room—or sticking their manuscript in any goddamn drawer—until they get it.

Man, I would love to be one of those people.

But I read my work and I just don’t know.  I like it, some of it even makes me proud as hell, but is it great?  Even when it feels great, when I read it and re-read it and keep coming away with the same conclusion—Damn, this is some good shit!—what is that but just one man’s opinion?  The feelings of a father who can’t see anything but beauty in the (quite possibly homely) child he’s created?

Perhaps if every writer of my experience who exhibited the kind of unassailable self-confidence I’ve been talking about was as good as they think they are, I’d be more inclined to follow their example and go balls-to-the-wall for something I’ve written when my gut tells me I should.  But too many of these people—in my judgment, anyway—are completely clueless as to the quality of their work.  Even those who have made it, and who have the sales figures to prove it, aren’t all that.  I’ve read them and I know.  So this listening-to-your-inner-critic business is not exactly an exact science.  Sometimes she’s right on, and sometimes she’s about as trustworthy as a dime store compass.

Let me tell you a little story to illustrate my point:

Years ago, I attended a Writers Guild screening of “The Sixth Sense,” which was followed by a Q & A with the film’s writer and director, M. Night Shyamalan.  “The Sixth Sense,” you may recall, was Mr. Shyamalan’s breakout hit; he was a relative unknown prior to this point.  Yet he told the WGA audience that, upon completing the film’s screenplay, he gave his agent instructions to shop it to only a handful of major studios, making sure each understood that bidding for the script would start at one million dollars.  Then he locked himself and his family up in the most expensive hotel room he could find in Philadelphia and waited for the offers to roll in.  Which, needless to say, they eventually did.

Nobody had to tell Shyamalan he’d created something extraordinary.  He knew, and he behaved accordingly when he took his script to market.  The man got his money, and the rest is history.

Now personally, I think “The Sixth Sense” is a pretty damn good movie, so if any original screenplay ever deserved a million-plus writer’s fee, that one probably did.  Meaning M. Night’s supreme confidence in its worth was arguably justified.

Anybody here see some of the man’s more recent films?  “Signs”?  “The Village”?  “Lady in the Water”?

They stink.  Hoo-boy, like the month-old tuna sandwich you just found in the pocket of your kid’s windbreaker.  A million would have been about $995,000 more than Shyamalan should have been paid for writing the screenplay to any one of them—and yet I have no doubt that, had he written “The Village” first, he would have given his agent the very same instructions he issued for “The Sixth Sense.”  His faith in his own talent is that unbreakable.

Anyway, Shyamalan is a prime example of how unreliable an author’s assessment of his own work can sometimes be.  You’re so close to the material, it’s invariably so saturated with those things in life that you find wonderful and scary and important, that of course it strikes you as genius on occasion.  But is it?  Or is its brilliance just another figment of your hyperactive imagination?

This question is on my mind right now because, just in the last two weeks, I’ve finished a novel it’s taken me almost three years to write.  I think it’s the best thing I’ve ever done.  It’s big, smart, complex.  But it’s not particularly commercial. Almost every character in it is black, and few of them are women.

Still, the novel’s not going to my agent until I’ve gotten three or four second opinions from a select group of readers I trust.  Because I’m the guy who wrote the Manuscript In a Drawer, remember?  The “modern classic of noir fiction” that’s never raised anyone’s pulse but my own?  What the hell do I know about the value of the book I’ve just written?

Is this a problem you can relate to?  Or are you one of those rare birds who always knows immediately when they’ve written a winner or a stinker?  Maybe you have a Secret Reader locked up in a room somewhere who has impeccable intuition about such things, someone you can always rely upon to give you the straight scoop about your latest masterpiece.

If you believe yourself to be a great author—and come on, people, some of you do—where does that belief come from?

And how do you know you’re right?

MANY THANKS TO GAR FOR GUESTING TODAY.  IF YOU KNOW WHAT’S GOOD FOR YOU – GO TO:

http://www.garanthonyhaywood.com  and tell him Evil E sent you.