(no idea what happened to the code to make it unreadable this morning, yikes)

When I was twenty-two, a woman ran her red light as I was going through the intersection, and there was no place to go. I managed to turn the little truck I was in so that her engine didn’t plow directly into my door, but I can still hear the squealing of the tires as we slid toward one another, the screaming of the metal as our world collided and everything went black. I came to with a crowd gathered around my totaled truck; my doors were locked and no one could get in. The paramedics were on their way and my two-year-old son screamed from his mangled car seat. People told me later that I destroyed the metal of the safety bar that held him in place–just ripped it apart with my bare hands. I only remember checking to make sure he wasn’t pierced or cut, and he seemed fine, though it would take the emergency room doctor an hour to reassure me.

I wish I could tell you that I completely changed that day, and that I lived life as if every day was my last, but I’d really prefer to not have lightening strike me dead and give me bad hair.

It did, however, make me go ahead and start submitting my writing for publication. I sold not long afterward, my first article to the local newspaper. When no one crucified me for thinking I had some sort of ability to write and, geez, get paid for it, I did it again. And after that, I was completely hooked, no matter how difficult the target.

We can’t be writers without them. We can’t put words and stories together without risking failure.

Later on, my screenwriting professor (I’d gone back to school by then) had a pet saying about criticism that used to get on my nerves. It was, "They can kill you, but they can’t eat you." I pointed out to him one day that of course they can kill you and they can eat you–just as long as they do it in that order, though, I’m fine.

This year, I’m going to write in a second genre, and that feels like a risk. (I’ll also be writing the third Bobbie Faye book as well.) It scares the hell out of me, because I don’t know yet if I can pull it off. But I do know this: I’d regret it later if I didn’t try. I want to set the bar higher, quality-wise, for both books, and I want to learn. The whole prospect is terrifying, because what if I just fuck it all up? What if I aim higher and fall appallingly far?

And the potential growth is worth the risk. Like the song lyrics say:

"If you get the choice to sit it out or dance, I hope you dance."

This summer, I stood in the back of a little country church, the white walls a stark contrast against the summer green woods surrounding it. My aunt was laid in front. Most of her life, she lived in cranky desperation. I don’t think I ever knew her to be happy.

She was funny, though.

It was listening to her and my mom tell their funny stories that taught me the cadence of humor. When we visited and stayed late into the night, I used to pretend I was asleep so I could stay in the room long enough to hear the grown-up stories of the people they knew. My aunt could make a phone book funny. It is very hard to pretend you’re asleep when you have tears streaming down your face from laughing.

She loved those paint-by-numbers kits. When we visited, there would be a couple dozen completed pictures leaning against the kitchen wall, surrounding the room. She never framed them, and seemed to have no appreciation for them once she was done. I think she liked doing them in about the same way others will do a crossword puzzle. Everything she chose to do, though, was low-key, without risks of being critiqued on ability. That was reflected across her life, and I wondered if she’d risked a little more, tasted something extraordinary, would she have found more joy?

She had a gift for making people laugh, for seeing the absurd.

What I finally learned is that, for me, I can’t regret the things I tried and did my best for, even if I fail. I can’t allow myself to worry what other people think or if it’s the right choice. Like anyone else, I am a champion at wondering what the hell to do sometimes, industry-wise. When careers are on the line, risks can seem gargantuan. But really, in the long view, they’re not. We probably won’t die, and with that, there’s always a chance to try again. It may be painful as hell, but we’d never know the joy if we didn’t try. Cram as much living into now as we can, because this is it, this is all we have.

So how about you? What are you going to try to do this next year? What’s worth a risk to you? 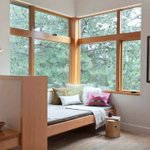