Last Saturday, we turned down the lights, made popcorn, and watched the movie “Paranormal Activity.” You may have heard of it.

The movie  was reportedly made on a microscopic budget of around 15 grand (yes, you read that right). It played some minor film festivals,  caught the attention of several studio execs (Including Stephen Spielberg), and was eventually released nationwide, where made a ton of cash. It was billed as  “one of the scariest movies ever made”. The marketing campaign even mentioned that people walked out of test screenings, which worried the filmmakers until they saw that people were leaving because the movie scared the living daylights out of them.

Certainly it’s a scary film, and cleverly made. Like THE BLAIR WITCH PROJECT and CLOVERFIELD, it’s supposedly filmed by the main characters on their home video camera. Katie and Micah, a cute yuppie couple (well, her anyway), have been hearing weird noises and whispery voices in the middle of the night.  Micah (who is, by the way, an utter douchebag) wants to see if he can document what happens while they’re asleep (and maybe make a little x-rated home video while they’re at it; see “utter douchebag”, above).

I can tell you,  there are some shivery moments. The nighttime shots,  where the right half of the frame is the couple asleep in bed and the left half is their open bedroom door with the darkness of the  hallway beyond, inspire real dread. 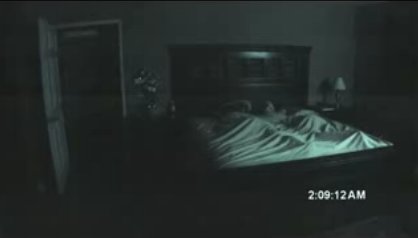 You just know that something really awful is about to appear in that door.  And it does.

But the movie’s central conceit hamstrings its ability to create a really effective  ending, and you’re left going “wait, that’s it,  it’s over?” In the end, I found the movie disappointing.

Then I started wondering: if it hadn’t been billed as “the scariest movie ever made” (a title that, in my mind, is still and always will be held by THE EXORCIST),  would I have been so down on it? Had I stumbled across it on TV or picked it up at the video store not knowing anything about it, would it be the type of movie that I go around telling everyone I know “you gotta see this, this is total genius”?

So I’ve been thinking about hype, and its effects, both good and bad.

It happens a lot with the so-called classics. How many of us have come to a book that our friends have solemnly described to us as  “essential” or even “life changing”, only to walk away going “THAT’s the best book you ever read?” For example, I thought CATCHER IN THE RYE was amazing the first five times I read it, but I know people who can’t stand the book or its main character. I, on the other hand, was let down by  MOBY-DICK, which I finally put down in disgust when I realized that  Ishmael had been  blathering through 100-plus pages and he wasn’t even on the damn boat yet.

More recently, I found myself disappointed by Neal Stephenson’s ANATHEM, which got a lot of press and a lot of hype. It even made quite a few “Ten Best” lists.  I was really looking forward to it, because I loved CRYPTONOMICON and really liked QUICKSILVER. I have a high tolerance for Stephenson’s rambling, discursive style, because usually the rambling takes you to some fascinating places. But ANATHEM just took the whole rambling thing just that one step too far for me. It can best be described by  review I wrote of the book for Goodreads: “Monkish scientists on an earth-like alien planet  are brought out of their cloistered existence to confront a potential alien invasion, which they do by attempting to talk it to death for 900+ pages.” I wonder though, if I’d have been more tolerant had it not been so heavily promoted as  “the most brilliant literary invention to date from the incomparable Neal Stephenson”.

On the other hand, there are some works whose hype goes too far in the other direction, works whose reputation is so bad that when one finally encounters them, one is slightly disappointed to discover that they’re really not all that awful. Joe Queenan described this phenomenon in his hilarious work RED LOBSTER, WHITE TRASH, AND THE BLUE LAGOON, in which he coined the term scheissenbedauern (“shit regret”) to describe “the disappointment one feels when exposed to something that is not nearly as bad as one hoped it would be.” My example of this would be that great bugbear of the literati, THE DAVINCI CODE. Yes, it was dreadfully written, but it was fun, possibly because I had no expectations by the time I finally read it. In movies, my example would be STARSHIP TROOPERS, which I think I enjoyed because after months of my fellow Heinlein fans screaming about how it was nothing like the book, and in fact was a betrayal of all the book stood for, I was ready to take the movie on its own terms.

Now, as writers, let’ s be honest. We’d probably all like to see our books get some real high octane hype. We’d love a national TV and radio blitz accompanied by full page ads in all the papers and magazines, telling everyone that our next book is going to change the face of literature as we know it, cure cancer, and bring about peace in the Middle East because everyone will be too busy reading it to fight.

But then I think about someone I used to know, who one day got the book contract of her dreams. High six figure advance, serious publisher support, major buzz. And when the book came out–it sold respectably. For a debut, in fact, it sold pretty damn well. But “respectably” and “pretty damn well” weren’t going to cut it after all the money they’d thrown at it.  Her career seems to have recovered, but I hear it was a damned close run thing for a while there.

So, ‘Rati, if you dare: do you think that hype helps or hurts a book or movie? What works have you seen that you think might have been spoiled by all the hype? Which ones gave you a melancholy touch of scheissenbedauern? 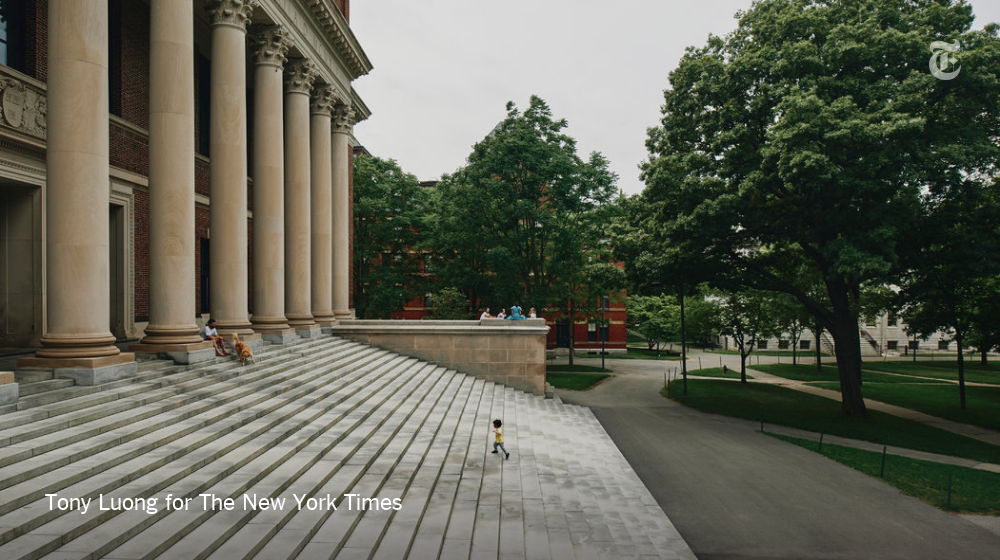 Breaking News: The Trump administration walked back a policy that would have stripped foreign college students of their visas if their courses were entirely online https://t.co/4eGZsBvHpm 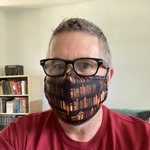 @maurenegoo NYT Spelling Bee for me.

@blacklionking73 Time for them to reorder!