I am very excited to announce that
Hunger Moon
is now available for pre-order. Just $3.99!

Special Agent Matthew Roarke and mass killer Cara Linstrom return in Book 5 of the Huntress/FBI Thrillers.
College rapists better watch their backs….
Out October 24, 2017 in print, ebook and audio: Pre-order here
In the new book, Roarke and his FBI team are forced to confront the new political reality when they are pressured to investigate a series of mysterious threats vowing death to college rapists… while deep in the Arizona wilderness, mass killer Cara Lindstrom is fighting a life-and-death battle of her own.
(It’s always hard to talk about this series without spoilers, so I’ll save the longer synopsis for below! If you’re new to the series, please read in order, starting with Huntress Moon.)
I have to say the book has probably my favorite cover ever. Ray Lundgren also designed the new Stephen King Dark Tower/Gunslinger covers and he perfectly captured the post-apocalyptic feel of this new book.

As always, you’re in for a road trip: the book takes Roarke and Cara (not
together!) to the canyons of Arizona; the wealthy coastal enclave of Santa Barbara; the gorgeous campus of my alma mater, UC Berkeley; the Santa Ynez wine country; and the surreal desert wasteland of the Salton Sea.

And speaking of surreal – there’s the political… roller coaster. Imagine trying to write a realistic contemporary FBI series with all of the current madness going on. (Actually, imagine how hard it is to write ANYTHING with all of the current madness going on. My publishers had to ask me if they could move the book out a month because none of the authors who had deadlines before me had gotten their books in on time. Yeah. That bad.)
So no, I haven’t backed off from writing about the unreality of it all. And you’ll find out what’s been happening with some of the other characters while Roarke was off in the desert in Bitter Moon. It’s – complicated.
Best of all, some college rapists are going to learn that no matter what complicit judges say – they’re not going to get away with it any more. 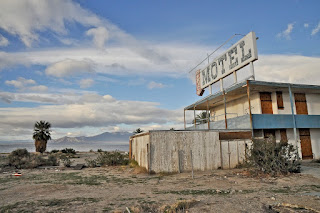 ——————————– SPOILERS —————————————–
Special Agent Matthew Roarke is back from his desert sojurn to head an FBI task force with one mission: to rid society of its worst predators.
But when the skeletal symbols of Santa Muerte, “Lady Death,” mysteriously appear at universities nationwide, threatening death to rapists, Roarke’s team is pressured to investigate. Then a frat boy goes missing in Santa Barbara, and Roarke knows a bloodbath is coming.
Avenging angel Cara Lindstrom is in hiding in the Arizona wilderness, still on her own ruthless quest – until an old enemy comes after both her and the FBI team, forcing her back into Roarke’s orbit. This time, the huntress has become the hunted . . .
Out October 24, 2017 in print, ebook and audio: Pre-order here