I’m sure everyone’s sick of hearing me talk about the CBS pilot, so I’ll try to avoid that today, other than to say that if you’d like to see some photos of my visit to the set last week, click here.

And because I seem to be on a perpetual deadline, I’m once again taking the easy way out:

Let’s talk about sex.Those of you who are uncomfortable with the subject, feel free to bail out now. I’m likely to get pretty raunchy.

Still with me? I thought so.

When we make love, most of us have a particular goal in mind: that moment when our entire body seems to stem from one central point, when every nerve-ending tingles wildly as fireworks assault our brain.

That moment, of course, is orgasm, and anyone who has experienced one (or two or three), — especially with a willing and enthusiastic partner (or two or three) — knows that it can be an exquisitely pleasurable sensation.

But are all orgasms created equal?

Of course not. The quality of our orgasms is directly related to the quality of the fun and games that precede them, not to mention our emotional bond with our partner, and our willingness (or unwillingness) to surrender ourselves fully to the moment.

Orgasm is the cherry on top of the sundae — and that cherry wouldn’t taste nearly as good if we forgot to eat the ice cream first.

So what, you’re probably wondering, does any of this have to do with writing?YOUR WILLING PARTNER

Writing is an extremely intimate act. In his book, On Writing, Stephen King describes it as a form of telepathy. We put our thoughts on paper, and days, months or even years later, someone literally reads our mind.

Think about it. With a simple arrangement of words, we have the potential to pull our audience into our mind where they can be stroked and fondled and toyed with — sometimes gently, sometimes rough.

The result is often a partnership so strong and emotionally satisfying that neither of us ever wants to let go.

Who of us here can forget those times when we’ve read a book or watched a movie we didn’t want to end? And when the end did come, we felt drained, elated and thoroughly satisfied, much like we do after a night of unbridled passion.

Getting to that place wasn’t an accident. The writer of the book — at least in most cases — didn’t merely fumble his way toward climax. If he (or she) did his job, every step was carefully choreographed to lead us around the third act corner toward the final pay-off. And the quality of that pay-off is related to one important thing:

THE GENTLE ART OF LOVEMAKING

We’re often reminded in how-to books that the typical story is broken into three acts: Set-up, Confrontation, and Resolution. Sounds pretty cold and uncaring, doesn’t it? Not to mention dull.

But what if we were to beat the lovemaking analogy into the ground and refer to the three acts in this way: Seduction, Foreplay, and Climax.

Certainly puts a whole new slant on things, doesn’t it? And if we’re to have a successful story with a successful and satisfying ending — one that keeps our partners wanting more — we must pay careful attention to these three words.

The beginning of a story, any story, cannot and should not be referred to as anything other than a seduction. It is our job to make our audience want us.

How do we accomplish that? First we start with character. We must create characters that our audience won’t mind, figuratively speaking, getting into bed with. Particularly the lead. Is he or she someone we find attractive? Does he have a problem or flaws we can relate to? Are his life circumstances universal yet unique enough to pique our interest?

The next element is mystery. Every story should be a mystery. Remember the girl in college the guys all wanted but knew so little about? A big part of her allure was the hint of mystery she carried. No matter what genre you’re writing in, you should never, never, never put all of your cards on the table at the beginning of the game. Instead you must reveal them one at a time, each new card offering a clue to the mystery of our characters and their stories.

The third and most important element of seduction is giving your characters a goal. And not just your lead. Every single character you write should have a goal of some kind. Put two characters with opposing goals in a room and you have drama.

But the goal of your hero must be compelling enough to intrigue us and hold our interest. In The Fugitive, Harrison Ford is wrongly convicted of killing his wife, escapes to find her killer, and soon discovers he’s being hunted himself by a relentless cop who doesn’t care whether or not Ford is guilty. All three elements of seduction are satisfied and guess what? We’re hooked.

Once we get our audience into bed, however, we certainly can’t let them down. As you would with a lover, you explore and tease and make new discoveries — which can often lead your partner (in this case, the audience) to discover something about his or herself that, until that moment, remained dormant.

The foreplay in the second act is a continuation of the seduction but on a deeper, more intimate level. This is when we really begin to understand and root for the characters, and when their stake in the outcome becomes more and more important. Surprises are sprung, secrets are revealed, and our emotions and feelings build with each new scene, gradually working us toward the moment we’re all waiting for:

And this is why we’re here today, class, to talk about that most crucial of Act Three moments: the time when all of the work you’ve done for the last three hundred or so pages comes together like the pieces of a puzzle, where plot and subplot intertwine to create the only ending that makes sense within the context of the story you’ve told — a thrilling and, hopefully, explosive orgasm of emotion. The final kiss; the final death; the final revelation that sends your audience soaring.

But you can’t get there without laying the proper groundwork.

A wise writer once said that the first page of a novel sells that novel and the last page sells the next one. This is certainly true, but what he doesn’t say is that what comes between is what sells that last page. Without masterful seduction and foreplay it is virtually impossible to reach a satisfying climax.

Act Three is a culmination of all that came before it, and if the preceding two acts are anything short of spectacular, you’ll be lucky if your audience even sticks around for number three.

Every time you sit down to write, you must remember that your audience is your partner, your lover, and in order to make them happy you must seduce, thrill and, most importantly, satisfy.

24 thoughts on “How to Seduce Your Readers”

@espiers The unearned confidence in that family is mind boggling. 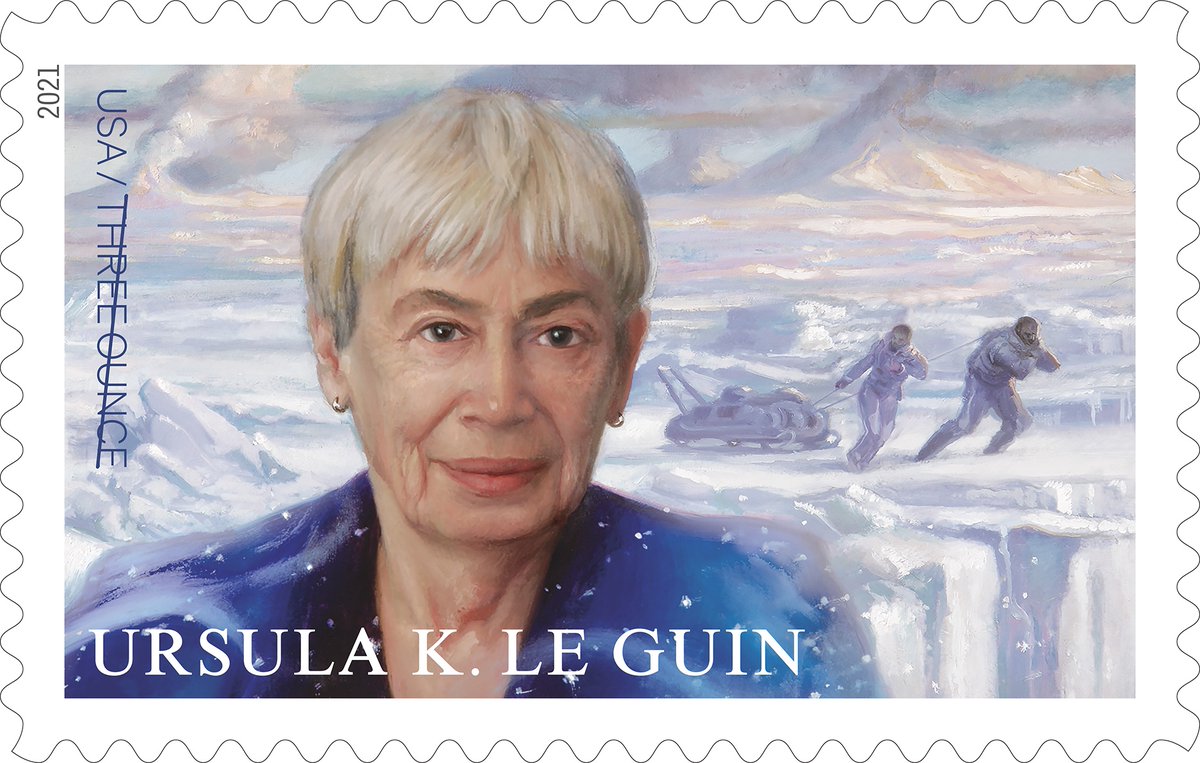 We are delighted to announce that the 33rd stamp in the US Postal Service Literary Arts series honors Ursula. Stamp release will be later this year, date TBD. From then on, all our letters will be three ounces! Thank you @USPS for this distinction. https://t.co/jGboi8i5LU