It’s called a death spiral, and I was in one.  The year was 2000, and I had just turned in my fifth thriller, The Surgeon.  In the U.S., my first four books had hit bestseller lists.  In the UK my career was, if not dead, barely twitching. In publishing, “death spiral” describes the steady decline in an author’s sales over time, a decline that’s almost impossible to reverse.  With each new release, the orders are smaller.  With smaller orders there’s less visibility and poorer distribution, leading inevitably to even poorer sales.

Eventually, no bookstores will order your books.  And no publisher wants you as their author.

That’s the position I was in back in 2000.  My sales had all but crashed and burned in the UK.  I’d already failed with two different publishers, and now no one there wanted to touch me.  The Surgeon, it appeared, would not be released in the UK at all.

Then a plucky new editor at Transworld Publishers picked up The Surgeon and decided she had to acquire the book.  The author’s track record was dreadful, getting the book into stores would be a battle, but she was damn well going to do it.  She forced (that’s the description I heard!) all her colleagues to read the manuscript, and now they were getting excited too.  She was the cheerleader, the taskmaster, the evangelist for The Surgeon.  I was only vaguely aware of her efforts at the time; after all, I’d failed miserably in the UK before, and my hopes were no higher this time.  She sent me the cover design that she was so excited about: a sink drain with splashes of blood. 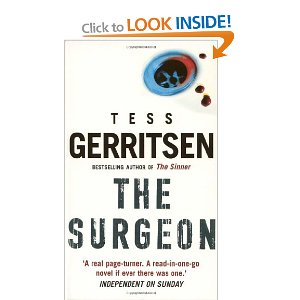 I just didn’t get it.  She assured me it would work in the UK market.  Anyway, what did I know about the UK market?  I was already deemed a failure there, and I was sure to be a failure again.  When the book was released in hardcover in the UK, I paid little attention because it was just too depressing to think about.

But this editor wouldn’t leave me alone.  She kept sending me cheery emails and sales figures.  While The Surgeon wasn’t hitting any bestseller lists, it wasn’t a complete flop.  The corpse of my UK career actually took a breath — if only a shallow one.

The following year, with the publication of The Apprentice in hardcover and The Surgeon in paperback, Transworld invited me for a UK book tour.  It was the first time I’d been asked overseas, and I still have one vividly depressing memory of a group booksigning I did in London.  I was sitting next to a bestselling crime author who had a line of fans to buy her book.  One man came with a whole box of books for that author to sign.  Then he looked at me, shrugged, and said: “I have no idea who you are.”  He bought one of my paperbacks, but I could see it was only out of sheer pity.

The Surgeon, in paperback, miraculously made it to the top-ten bestseller list.

In the years that followed, as my UK sales continued to climb, this editor and the entire Transworld team never stopped flogging my books.  They continually re-packaged the series.  They brought me over again and again for tours.  They invested in publicity and promotions.

Transworld not only breathed life back into this old corpse, they got it up and walking and then sprinting ahead of the pack.  It demonstrates that even a career that looks dead can be reanimated — given the right team with the right book.  It’s a lesson that authors and publishers need to take to heart.  If an author writes great books, even if his sales are moribund, he deserves a second look, a second chance.  Because he just might be your next #1 bestseller.

Lately, there’s been a lot of talk about how authors don’t really need publishers anymore because we can self-publish with e-books.  Hey, we can do it all ourselves, make more money in the long run, and have complete control over our destinies.  To some extent it’s true; we can publish our own books. The question is, can we publish our own books well?

(Even in the world of self-publishing, publishers will still play a vital role as gatekeepers.  Spam now clogs online booksellers with 99 cent e-books that are either junk or blatantly plagiarized. A publisher’s seal of approval can help separate the worthwhile books from the fake ones.)

Over my twenty-five career, I’ve worked with some truly gifted editors.  Every single one has been a pleasure to work with, and my books are all the better because of their input. True, a self-published author could hire a private editor to help polish a manuscript, but the fact is, editors do a lot more than edit. They advocate. They strategize.  They even harangue, all on your behalf.

And sometimes, they become your dear friends.  This is something we don’t talk enough about: how important friendships are in the publishing business.  It’s not all about sales figures and bean counting.  Long after our business associations end, long after we stop needing each other for deals, the friendships remain.

Last month, it was announced that my wonderful UK editor, Selina Walker, is leaving Transworld to take an impressive new job as publisher for Century and Arrow Books.  I guess that’s what happens when you do a smashing job — you get promoted.  I’m thrilled for her, of course, but I’m also sad that she’s leaving.  She was the one who pulled me out of my UK death spiral. And that, I will never forget. 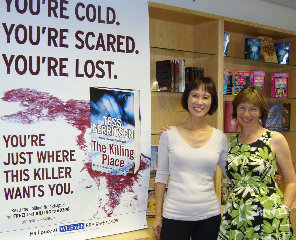 (I am attending the Romance Writers of America convention, so may not be able to answer comments.)

18 thoughts on “How editors make a difference”

🚨#giveaway alert! 100 copies of MASTER OF SHADOWS up for grabs! #kindle