Our beloved friend Louise Ure is in all our thoughts this week. Please consider making a donation to the American Cancer Society in her husband Bruce Goronsky’s memory.

Well, this will be the second time I’ve written this post this morning. I’m lying in bed at my pals Sue and Glo’s house in Glendale, California, and didn’t do the intelligent thing of asking them how to log onto their wireless service before I tried to save and publish my thoughts to Murderati today. O joy, o rapture. But maybe it will make more sense this time (at least I hope so.)

The bed belongs to their son Malcolm, who’s away on a sleepover, and it’s made up with extremely cozy Star Wars sheets, so there is definitely some mojo in being wrapped in likenesses of Han Solo and Princess Leia.

I’ve been on book tour since Monday, and it’s a wonderful thing to be back on the green lush west coast when everything in New Hampshire is still very grey and mouse-colored. I’v been blessed to see dear friends at every stop along the way. I’ve been given rides to and from every airport, and beds to sleep in, and have gotten to break bread with people I love at every meal–in Seattle, in Corte Madera and Berkeley and Piedmont and San Mateo, and now here in LA.

In Seattle, Fran and Lillian blessed me with a mojo-rich leather biker jacket that belonged to their friend Lou, who died seven years ago of breast cancer. The only condition of the gift was that the little pink ribbon pin on the left lapel must always stay in place, and I am honored to oblige them in that.

The only thing that’s felt a little off about my travels this time is me. Normally, I’m pleased to get up and speak to a crowd at the drop of a hat. I’m very lucky, especially in this line of work, to have no nerves whatsoever about public speaking. This time, though, I haven’t felt as solid about what to say about my work. I think this is partly because my third novel is a tougher thing to encapsulate in a polished way. The issues in it go too deep for me, it’s too personal, and it’s become a divisive thing within my family. This is the book I worked on as my marriage fell apart for once and all, and it’s also done a good bit to shatter the fragile peace of my immediate family’s long held truce of denial. It’s a dark book, though I’m pleased and honored that the Richmond Times-Dispatch called it “at once heartrending and hilarious.”

And, too, seeing so many wonderful friends on the west coast has driven home how solitary the life I’m returning to on Monday is, by comparison. I lived in Berkeley for nine years before lighting out for New Hampshire, and I was blessed with a wonderful collection of beloved friends and colleagues in the Bay Area. I miss them all a great deal.

This year has been the first in which I lived alone, ever. I met my husband a couple of months after leaving college, when I was still sleeping on a friend’s dorm room floor at Williams. I haven’t ever been the sole grownup in a household, and I’m discovering all the ways in which I’m not very good at being said grownup, when everything’s on me. Parts of it have been really cool, but most days there are at least a few instances where I feel like a twelve-year-old masquerading as someone who knows what she’s doing in a forty-seven-year-old body.

The best part of the year has been the realization that I am supporting myself and my daughter with my writing alone, the scariest part my uncertainty that that will remain true, given the tenuous nature of this line of work. My friends have sustained me through all of this, even though most of them are now 3000 miles away from the zipcode I currently claim as home.

If you’ve found me a little more shy and hesitant at signings this time out, all of this is what’s been going through my head. And I have one more gig today, 3:30 p.m. at The Mystery Bookstore, 1036 Broxton in Los Angeles. I’d love to see you there if you’re local at all.

So, ‘Ratis, who are the people who’ve sustained you at points in your life when everything changes, especially when if feels like there’s no context at all?

At Zoe’s kind behest, the name of the book is Invisible Boy, my publisher describes it as follows:

The smart-mouthed but sensitive runaway socialite Madeline Dare is shocked when she discovers the skeleton of a brutalized three-year-old boy in her own weed-ridden family cemetery outside Manhattan. Determined to see that justice is served, she finds herself examining her own troubled personal history, and the sometimes hidden, sometimes all-too-public class and racial warfare that penetrates every level of society in the savage streets of New York City during the early 1990s.

Madeline is aided in her efforts by a colorful assemblage of friends, relatives, and new acquaintances, each one representing a separate strand of the patchwork mosaic city politicians like to brag about. The result is an unforgettable narrative that relates the causes and consequences of a vicious crime to the wider relationships that connect and divide us all. 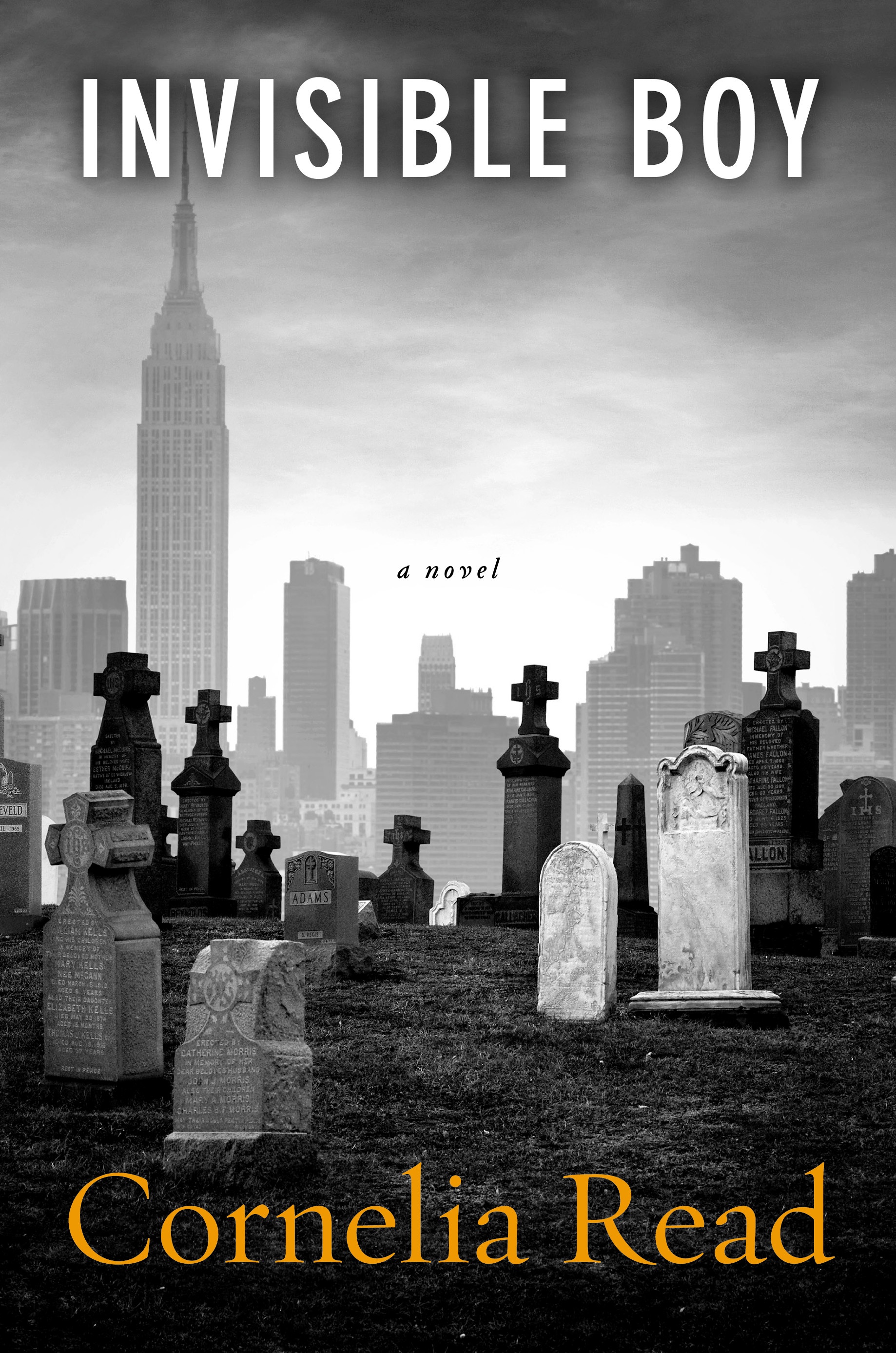