There are parrots in Hermosa Beach and they live in the leaves of the giant palm trees on Pier Avenue. Nothing here is indigenous but the sand and sea. I’ve been here a long time, not as long as some, but longer than others.

I remember when this stretch of street was a street with cars and rugged, sailor bars and angry teenagers smoking dope. I was here for the gentrification, when the street was paved and became a pedestrian-only walkway, when the giant palm trees were brought in and planted by giant cranes, when the high price of rent pushed out the local pubs and the high-end restaurants and nightclubs moved in.

And the Either/Or Bookstore closed down. My favorite bookstore in the city. After 30 years in business. It was where I went after graduating college, to spend the $116 I had in my pocket. I bought as many paperback classics as I could.

And the Bijou theater closed down. With its landmark, art deco architecture. It’s a Chase Bank now.

But the Lighthouse is still here. It’s an old, brick bar, one of the last live-music venues in town. The Lighthouse used to be the jazz venue on the West Coast, back in the day. Dizzy Gillespie and Charlie Parker used to play there. All that’s left of the jazz scene are the black-and-white photos on the walls.

I remember when there was a handful of parrots. I don’t know how they got here. Every year there’d be more. And more and more. Little loud dots in the sky. Now we see them hanging upside down from the palms as we sit in our outdoor cafes by the beach.

There’s a comedy club here, too, by the beach, where Jay Leno does his routine every Sunday night. I’ve never seen him, but I’ve seen other comics there and last weekend one comic talked about how the South Bay was a little “snow globe” of happy perfection.

As I sit here under the winter sun (and yesterday I stood chattering in a thin sweater in the Utah snow) and watch the volleyballers in their bikinis and hear the parrots overhead, and the children skipping by chasing the dogs chasing the pigeons, with the seagulls swooping and the pelicans in formation, I know that he is right, that Hermosa is my snow globe of happy perfection and Hermosa is my home.

@jameelajamil I'm sorry to hear you're going through all this crap. Twitter has become a playground for the type of people who, in an earlier time, would amuse themselves by pulling the wings off butterflies. You are a great talent, so don't let anyone drag you down. Thanks for all the laughs.

Every Picture Tells a Story No. 3166: https://t.co/O8zRHHDj6e #photos #inspiration 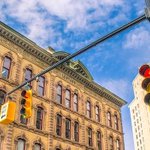 @janelleb If it's the word I suspect, it makes sense that a 7 year old would be motivated to find it.