It’s been a bumpy trip lately. My gratitude goes to so many of you who have stood on the edges of my rocky road, handing me bottles of fresh water and homemade granola bars, when my energy wanes . . . . Truth be told, I wish I was further along on this journey, more settled, but for now my solace comes from the fact that most of the potholes I’ve hit haven’t turned into sinkholes.

In fact some have been quite interesting, including various shifts in self-perception.  Several of the identities I clung to with such determination for close to two decades have become fluid, liquefying  in my still gripping hands.

In the middle of all of this movement, one identity I abandoned has returned. For years, I was the woman who wrote Sasha Solomon. In 2008, I dropped that image cold to pursue other projects, to grow “beyond” a character and series that simply weren’t going to do much for my future career as a writer. After all, no one at the New York houses wanted Sasha. I wasn’t going to hit it big with her. Why waste the time writing her anymore?

A month or so ago, when my personal turmoils made me doubt other people’s perceptions of me as a strong, intelligent and independent woman, I decided to revisit the Sasha book I’d abandoned three years ago. Rather than read any of that previous work, I simply started adding to those 100+ pages. I’ve now begun picking certain sections at random – selecting a page number – and infilling with more vivid descriptions or twisting a certainty into something more interesting.

The book is at least 200 pages and I still have no idea where it has come from or where it might be going (though I’ve written at least one potential climax and ending). This is a very strange way to write a book, but I’m not anguishing about it at all. You see, I know that the story is going to come together eventually. I’ll print out all these pages at some point and start fashioning a cohesive whole. Since I’m a pantser by nature and writerly disposition, this is status quo – though I’m very curious to see the result of such a peripatetic approach to this particular tome.

More important than the final product this time though, is the process.

I’m honoring the pleasure of living with Sasha’s persona in my head and heart again. I really like the woman – warts and all – because she’s just so fun and tough and full of herself. It’s not that I want to be her; I just want a friend like her right now: Someone who isn’t afraid to call things the way she sees them – even when they’re nasty or upsetting. Someone who can find humor in just about anything and has such an irreverent way of looking at the world in the first place.  Someone who is just as flawed – actually much more flawed – than I am and who is completely unapologetic about it.

—  I thought it might be fun today to discuss this:

Who, of the many characters you’ve read, would you most like as a friend right this minute?

Writers: Have you happily rediscovered a character you thought you’d abandoned?

27 thoughts on “Hello. Nice to meet you again.” 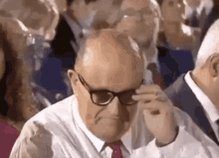