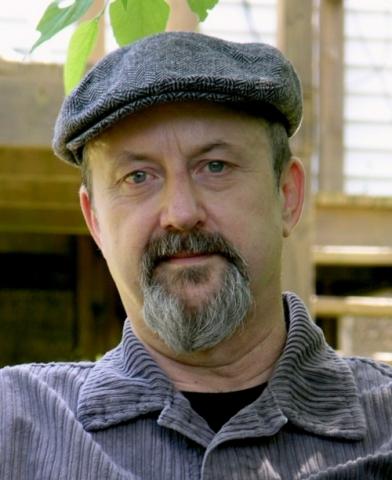 Daniel Woodrell goes in for surgery today to repair a shoulder that never healed right after a nasty accident while gigging for suckers on the Current River with celebrity gourmand Anthony Bourdain.

Reports are varied and contradictory, but from what I can piece together from reports I’ve heard or read, it appears that, while in the boat at night on the river, Bourdain went for a fish and his spear caught in a low-hanging branch that snapped back with thunder-crack velocity, knocking out the boat’s lights and generator and planting Daniel face-first in the bottom of the boat. In the darkness, calling out for Daniel but getting no response, everyone feared he’d been thrown overboard—worse, that he was drowning somewhere under the tumbling current. When the lights came back on the film crew spotted Daniel helpless at their feet, unconscious with a broken shoulder, and sped him to a hospital.

The repair work proved inadequate, shall we say. Daniel now faces a bi-planar osteotomy at the Mayo Clinic, to be followed by two months in an immobilizer and rehab for the rest of the year. How far has Anthony Bourdain set back the progress of American letters? We shall see. Apparently he felt terrible about the accident at the time—Daniel is one of his favorite writers, he says—but those TV personalities move swiftly on, running to the next gig, as it were. (Shortly after the accident, Bourdain was in Naples, where he was having “a very good time.”)

If for some reason you don’t know who Daniel Woodrell is—shudder the thought—let me introduce you to one of the finest writers of our generation. I doubt I can say anything of general interest that isn’t said better in this interview with Craig McDonald for the Mulholland Books website.

For a taste of Daniel’s writing, you can start with this remarkable short story, “Night Stand,” that appeared in Esquire. It’s included in the collection The Outlaw Album that came out last year. I’d say I recommend it, but that doesn’t get halfway near how I feel about the matter. Daniel is one of very few writers I can honestly say that I’ll read anything to which he’s attached his name, and I routinely hand over my dog-eared copy of Tomato Red to friends who’ve yet to enjoy his work, saying, “Trust me, you’ll love this,” and they always do.

Two of his books have been made into films: Woe to Live On, perhaps my favorite of Daniel’s novels, adapted by Ang Lee into Ride with the Devil; and Winter’s Bone, a remarkable film based on a breathtaking novel, each unique in its own way, each unforgettable.

Saul Bellow is rumored to have said that a writer is a reader inspired to emulation. Well, I can attest that reading Daniel’s work has driven me to be a better scribbler. I know I can’t equal his language—Daniel is a stylist of the first order, by which I mean the prose serves story perfectly, exquisitely—but I can strive to match his honesty, his attention to detail, his sense of rhythm and his knowledge of the human animal. I want to reach within and write from the place where his words have landed and lingered. In a way, I think I need to. I’ll feel small somehow if I don’t.

Here’s to a successful surgery and a quick convalescense. May the bones set right and the healing begin. Somebody bring the whiskey.

If you’d like to wish Daniel well, or let him know how much you enjoy his books, please leave a comment. I’ll be passing this link along for him to enjoy once the anaesthesia wears off.

And if you’d like to share a story of a wonderful outing gone wickedly wrong, that might put a smile on his face. Misery loving company and all that.

Jukebox Hero of the Week: Seems appropriate that we should tap into the old-time music that appeared on the Winter’s Bone soundtrack, particularly this haunting number, “Hardscrabble Elegy,” by Dickon Hinchliffe:

38 thoughts on “Get Well, Daniel Woodrell”