In some ways I was quick getting on board the whole self-published ebook phenomenon but in other ways I’ve been a slow, dumb-ass! By the way, I’d never really heard the term dumb ass until I watched That 70s Show. Love it! Is that a term purely from the show, or was it in use in the US before That 70s Show?

You may remember that in the Australian summer holidays (January) I was away for quite some time and didn’t get much writing done. However, what I did do was a 2012 plan. I spent years working as a corporate writer and sometimes I think it’s extremely useful to bring some of the corporate tools to the creative world. One such thing is project planning (I have project plans with word targets and completion dates for pretty much everything I work on) and another thing that’s useful is a twelve-month strategy.

Anyway, the main realization from my strategy planning was that I needed to get on to the ebook bandwagon properly. I say properly, because in 2009/2010 I wrote a Sophie Anderson novella (Coming Home, the sixth book in the series) online. Literally online. Each week I’d write a chapter and then post a few multiple-choice questions for my readers to have a say in the direction of the book for the next chapter/week. It was a scary and exciting time. Scary because I didn’t know exactly what I’d write next and exciting because it was such a different way of writing and I felt like a pioneer. Once I was finished I organised cover art, got the book edited and posted it online as a free download. It was on my website (and nowhere else – big dumb ass!) for nearly a year before I became more aware of the whole self-published ebook revolution and got it up on Amazon and Smashwords for $2.99. Sales were modest, but there were sales without ANY publicity.

So, back to my New Year strategy planning. One of the key outcomes of my 2012 strategy is to get my (dumb)ass into gear with the ebook thing. First stop: Sophie. I’ve never been into short stories much, but in 2006 I was asked to write a Sophie Anderson short story for a magazine called Australian Women’s Weekly (it’s actually now published monthly, but they decided in the 1980s not to change it to Australian Women’s Monthly – for obvious reasons, I suspect). Anyway, I wrote a story called Missing and submitted it to my publicist and Aussie editor. However, I was concerned that the gist of it (child abduction) might not be appropriate for the magazine, plus it was set in Melbourne, before Sophie went to the FBI and wasn’t exactly indicative of a Sophie book. My hunch was right and I started from scratch, writing a story about a missing girl but with a very different tone and set after Body Count and in Washington DC. For that story, I had two different endings and after a discussion with my publishers we chose an ending and submitted it. The Weekly loved it and it appeared in the March 2006 edition. 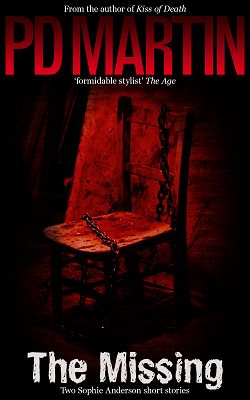 So, these two stories had been sitting on my C drive for six years!!!! Why not do something with them? I gave them another round of editing, put them into Scrivener so I could output directly into an ebook, and paid a designer to create a cover. Last week, The Missing went up on Amazon, priced at 0.99! And just for fun, I included the alternate ending for the story set in DC.

Also sitting on my C drive were two true crime pieces that I wrote for a collection called Meaner than Fiction. I was asked to contribute to this collection and when I went looking for Aussie stories that I could get an ‘in’ to (e.g. could interview someone first hand) the two stories that came my way were actually stories of wrongful conviction. The first was about Andrew Mallard, a West Australian man with mental health issues who was charged with murder. The second story was about wrongful conviction in general, and I interviewed the director of one of Australia’s Innocence Projects. Again, fascinating stuff. 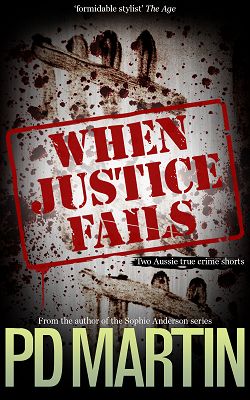 So, during my strategy session in January it occurred to me that I could package these two stories together as well. Last week, When Justice Fails, also went up on Amazon – also for 0.99.

The next step in my ebook strategy rests on the idea that, like many writers, I have a draw full of finished but unpublished novels. Some of these should, and will, stay in my draw and archived on my computer. But there are others that I still believe in, including:

So, over the coming months you’ll be hearing about one more PD Martin self-published ebook, Hell Hath No Fury (at least I think that’s what I’m calling it) and the start of my YA ebook strategy (and the birth of a new pen name, Pippa Dee).

Have you joined the ebook revolution?

5 thoughts on “Get ready, cause here I come”