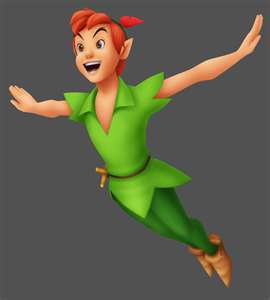 I just celebrated another birthday and I realize I’m fourteen years old.

Not that fourteen is the perfect age. Fourteen is a pretty rotten age. It’s in-between everything. You want to be big, you want to be a man, but you’re still a punk. When I was fourteen (as I am now) I was a freshman in high school. Ninth grade. Bottom of the food chain. Thirteen was better—I was in eighth grade and the oldest kid in middle school.

I realize I’ve never left this mindset. I know I’m going to make a huge amount of money, one of these days. Probably when I’m twenty-five. I know I’m going to direct a feature film, too. I intend to do that before I’m forty, because I hear Hollywood’s a pretty young town.

There are drawbacks to living fourteen. Like, you might buy a house without any money, using something the grown-ups call a zero-downpayment loan. But they have this great feature called a negative amortization payment and that’ll help, for a while. And then they got this even greater thing called a short sale. I guess there’s always something to look forward to.

Other things come up that are tough, you know, when you’re fourteen. Like, those things they put on bananas in the sex education class? You might want to wear one. Otherwise, well, all these crazy things happen that are just a bit too much for a fourteen year old deal with. I didn’t wear one and now I’ve got kids and a wife and I had to get a job for, like, a really long time, and I had to do what people said without talking back and the times I did talk back they said I was fired and when I went back the next day they said what are you doing here we fired you and I said oh.

My wife is fourteen, too. So, that’s cool. I think my thirteen year old will be fourteen for a long time as well, but then I think he’s going to get older and end up around twenty-one. And I’m hoping that our eleven year old becomes fourteen someday, maybe after his fiftieth birthday.

It’s not for everyone. I’m not even sure if it’s really that healthy, you know, in a psychological sense. I read in a book in my freshman something class that it’s called “arrested development.” You get stuck in the year where you had some kind of trauma. When I think back on it I remember that fourteen is how old I was when my dad left my mom. I remember waking up one morning to find my mother in the kitchen crying over a bowl of cereal. She’d been up all night. I asked her what was wrong and she said, “Your father left us.” I told her not to joke around. “Your father left us and he’s not coming back,” she yelled. Later that day my dad picked me up at soccer practice and cried, telling me he was leaving my mother to marry the woman he’d been seeing for six years.

What’s great, though, is that you have this awesome imagination when you’re fourteen, so you can fall back on your dreams and ideas and stories and the little movies you keep in your head. I think that’s how I got through it all. It’s a good thing I wasn’t the age they said I was or I don’t think I would’ve made it.

So, now I’m fourteen again and I have no idea how the rest of my life is going to play out. I know I’m going to direct a feature film someday and I know I’m going to make a lot of money so I won’t have to worry about how to pay the bills they keep sending me for all the things I like to do, like watch TV and go to movies and eat at restaurants (that’s really cool, I LOVE eating at restaurants!) and taking road trips with my fourteen year old wife and our kids. I know I’m always going to live near the ocean because I’ve wanted to live near the ocean since before I was fourteen and it’s one of the things that everyone told me I couldn’t do until I had enough money and I always thought hell why not. Come to think of it, that’s what I’ve thought about pretty much everything everyone told me I’m not supposed to do. I guess that’s why some people call me Peter Pan. That’s okay, he always was my favorite.

But a couple years ago I found this really cool group of other fourteen year olds. They all write books and together we call ourselves “authors.” I always thought I was strange and out-of-place and doing things the wrong way and then I met these other people and they’re just like me. It’s like camp for fourteen year olds forever. Thank God most of us have children to take care of us when we get into trouble. Because we can get into some real messes.

Anyway, it’s really good to finally have this figured out. Now when my accountant yells at me for spending money on things that don’t make sense I say, “Why would anyone trust a fourteen year old with that kind of money?” Or when my lawyer says disagreements should be handled in the courtroom I say, “Why do you think God gave me fists?” I’m starting to talk this way to all the grown-ups in my life. It’s really fun but I find their responses disturbing. I like hanging out with the authors the best.

Anyway, I feel a lot better now that I know the reason I do the things I do is because of my age. It doesn’t make things easier, I still get in a lot of trouble, but it explains a lot.

It’s funny how you gotta wait until these later birthdays to figure out the really obvious things in your life. I guess that’s why they say that youth is wasted on the young.