It’s Easter Sunday, but I wanted to do a bit more than simply wish everyone a lovely and safe holiday.

I don’t want this to be a religious message, but considering the day I hope you’ll indulge me a little. I’m not seeking to convert anyone, only to share one point I think we can all agree on.

Jesus said in Matthew, “Thou shalt love thy neighbor as thyself.”

Sometimes, I think that if everyone followed that one dictum, the world would be a much happier, peaceful place.

I know, it’s a rather Pollyanna thought, and considering that I write rather dark crime fiction, it may surprise some people that I’m generally an optimist. (Picture the starfish Peach in Finding Nemo: “Find a happy place! Find a happy place!”)

I don’t think it’s surprising, however, that even in all its darkness, crime fiction is at its root optimistic. Heroes risking their lives and making sacrifices to save others, even if they’re not paid to do so. And because justice isn’t always served on earth, it’s cathartic to deliver justice in fiction. It’s the hope that stories give—that there are people who care enough to do the right thing, people willing to fight evil, people who show their love of humanity through their actions. People who love their neighbor.

The last two or three years, I’ve reflected on the similarities between Catholics and our Jewish brothers and sisters. It started while researching my Seven Deadly Sins series and reading Jewish fairy tales and folklore. It’s not that I had any issues with Judaism, it was more that since I was born and raised Catholic, I couldn’t relate. And I realized that for all the differences we have, we have far more in common than I knew or understood. The similarities between the traditional Seder meal and the Last Supper are the most obvious, but the foundation of Catholicism rises out of Judaism. I found I could relate. So when my kids wanted to learn more about Passover this year and celebrate it, I was all for it. (We did more of the learning this year; next year we have plans for a traditional Seder meal.)

I think that not only is it important for my kids to respect and appreciate different faiths, but it’s crucial in our world today to understand those who may not agree with us. I’m extremely opinionated about many things, and believe my views are correct (who doesn’t, right?) But that doesn’t mean I can’t learn from or appreciate differing opinions. Again, perhaps a bit naïve, but it’s a philosophy that has helped me get through life. As Voltaire has been credited with saying, “I may not agree with what you say, but I’ll defend to the death your right to say it.”

If I can teach my kids to love others, they’ll not only be happier people, but also more productive citizens. They’ll find that happy place.

I would love for people to share something positive and reflective today, to illustrate the maxim, “Love your neighbor as yourself.” Maybe something you witnessed, or something you did, or something you read about. Toni sent me a link last month about the Japanese man who, after the tsunami, searched for his wife and mother. After finding them, he went back to search for others.

Or maybe a story closer to home. A simple act of love that showed you there is hope.

Have a blessed day.

16 thoughts on “Find a Happy Place”

@TheRickWilson “Always after a defeat and a respite, the Shadow takes another shape and grows again.” ― J.R.R. Tolkien, The Fellowship of the Ring

@meenaharris @LittleBrownYR @marissaillo @farrinj Huge congratulations. Plus 5 other Harris and Biden books on that list! 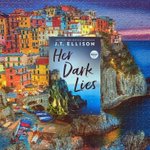 @Dimensionspect1 “Always after a defeat and a respite, the Shadow takes another shape and grows again.” ― J.R.R. Tolkien, The Fellowship of the Ring