Today is my turn to take the wheel for Expect the Unexpected Tuesday here at Murderati. So, I thought I’d share a few of the strange questions we’ve all been asked as writers when we go to do signings or events. I emailed round my fellow ‘Ratis and asked for their oddest Q&A, and also another oddball question.

So, in no particular order, here are their anwers:

My oddest question has to be from someone at a library event. “If you were asked, would you write the autobiography of Tony Blair (then Prime Minister of the UK).”

My answer? “If it’s his autobiography, he can write it himself.”

What’s something my main protagonist would NEVER say?

“What a pretty motorcycle. Do they have them in pink?” Charlie Fox.

And finally, what’s in my fridge? Fresh coriander, the last of the Jamaican Blue Mountain coffee, half a melon, grapes, spinach leaves, chillis, live yoghurt (might not have been live when it went in there) three different types of olives, feta cheese, chorizo, Marmite chocolate, cherry tomatoes, 1% milk, and something growing fur that growls when I open the door. 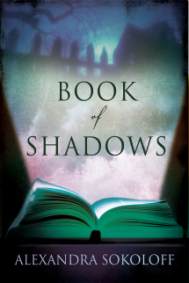 Well, my most-asked question is a completely expected one, given what I write, but I’d say an unusual one in general: “Have you ever had a paranormal experience?” And my answer varies, but very early on in life I noticed what seemed to be a correlation between mental/emotional illness and paranormal events. Emotionally disturbed people seem to have a high level of psychic awareness, and they attract synchronicities and even weirder occurrences, and I’ve been around for some of those weirdnesses. That’s a theme in a lot of my writing.

I can safely say that none of my main characters would ever say: “I’m voting for Newt Gingrich.” 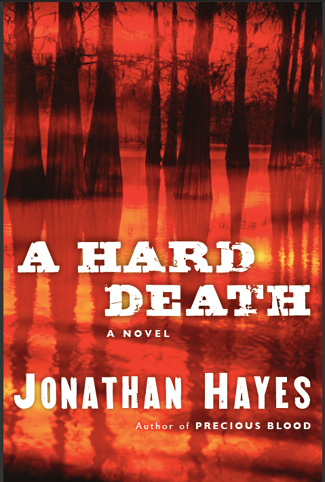 What’s in my fridge? I live in New York City, and am pretty busy, so I tend to order for delivery most days. I have the fridge of a supermodel, nothing but condiments and wine. I have to do regular purges to dislodge various hangers-on – sandwich ends, the rotting husks of formerly fine French cheeses etc. On the plus side, it’s usually spotless, thanks to a combination of under use and my excellent housekeeper. 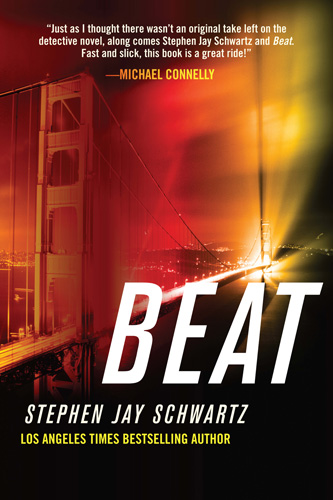 My question? “How did you do the research for all the sex-addiction stuff in BOULEVARD and BEAT?”

What’s something my protagonist would never say?  “I’d rather you not wear the fuck-me pumps tonight.”

What’s in my fridge?  Tofu, non-fat milk, the last of the crusty old cake we made for Halloween, yogurt, Manchego cheese, ketchup and mustard. 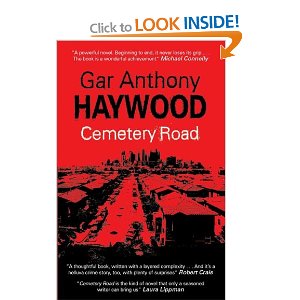 Oddest question? Somebody (don’t remember who or where) asked me recently how I manage to get all my manuscripts to conform to what he perceived was my publisher’s general page count, as if I plan for them all to end at page 435 on the button.  Wish I could say I had a snappy comeback for that, but I was too stunned to say much more than, “My manuscripts end where they will, I don’t have any page-length expectations whatsoever.”

What’s in my fridge? Asparagus I will never touch.  (It belongs to the wife, who loves the stuff.  Me, I can’t stand it.) 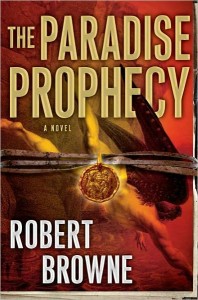 Questions I’ve been asked? The only thing I can think of is:  When my first book came out, I did a signing for Book Soup at the LA Festival of Books. I had a stack of hardbacks in front of me and guy comes up and asks me when Michael Connelly would be signing. I told him I didn’t know, but the schedule is posted, and gestured to the wall behind me. He looked at me and said, “You’re a poor excuse for an employee. You want me to report you to your supervisor?”

I wish I could tell you I had a witty retort, but I was too dumbfounded to respond before he walked away in disgust.

Got nothing on the character front.  Half the time I don’t know what they’re going to say, so it’s hard to predict.  As for my fridge, I’d say that at any given time there are usually about two weeks’ worth or leftovers that nobody has the courage to look at, let alone eat. 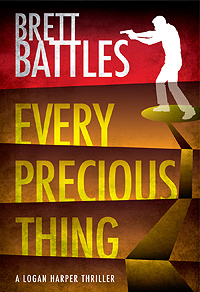 So, would you mind giving me a quote of something you’ve been asked? And your answer to it?

The question: Are “you” in any of the characters you write?

My answer: Definitely. Most obvious would be in my main protagonist, but with this caveat: pretty much any of their faults are mine, but, as much as I wish it weren’t true, few of their strengths. 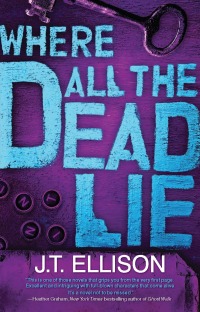 Funny question: “So why don’t you write children’s books?”

(answer unrepeatable) Because sometimes I get huffy about it. My honest answer is usually because I don’t have kids. Then they logically reply but you were a kid once. Sisyphus. 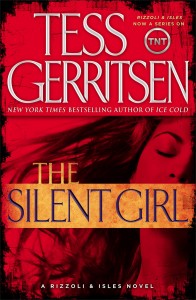 It’s not a question  but a comment, meant to be complimentary, that startles me whenever i hear it: “Your English is so good!” (Said because they can’t quite fathom that even with an Asian face, one really can be American.)

What’s in my fridge?  Always a bottle of white wine!

I couldn’t begin to repeat to you the strangest question I’ve ever been asked. It was at a bookstore event, and during the Q & A, an older lady who my very well have been off her medications stood up and launched into this long, rambling, and nearly incoherent…well, the only way to describe it was “word salad.” After a couple of minutes, everyone was sort of looking at each other uncomfortably. When she finally wound down, I couldn’t resist; I said “can you repeat the question?” I felt kind of bad when everyone laughed and the poor mad woman just looked confused. Fortunately the host stepped in at that point and called on someone else.

My other favorite comment (not necessarily a question) was at one of those “moveable feast’ events where there’s a luncheon and the authors move from table to table to talk about their books with people who’ve bought tickets. I’d been getting a polite reception from the various tables, but it was clear they hadn’t read and probably hadn’t heard of any of my books. Finally I sat down at a table of attractive young women, one of whom immediately announced “we’ve decided we all want to sleep with Jack Keller.” Made the whole trip worth it for me.

What’s something one of my characters would never say?

“Screw it, they’re not my kids, I’m not going to get involved.” -Tony Wolf, BREAKING COVER. 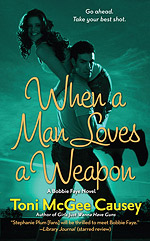 The question that I still shake my head over is the lengthy one someone asked at a romance conference where we were talking about sex scenes and how to write them. First question out of the box from a woman in the back of the room was: “How would you go about writing a sex scene where the heroine, who is over fifty, is having sex for the very first time and is… excited… and [the questioner added] let me assure you this can happen–she was well… lubricated… so how would you describe that to the audience?”

The rest of the answer? We don’t need a play-by-play of these details unless they are somehow extremely relevant to the development of the character and story. Most of the time, less really is more.

What’s something your main protag or one of your characters would NEVER say?

Bobbie Faye would never say, “Oh, dear, I shall just sit here on the porch and let the strong menfolk handle everything.”

What’s in your fridge? Sadly, very little, as I’ve just gotten back from a long trip and there is a desperate need for a grocery shopping in my near future. 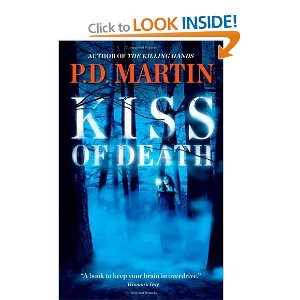 This is hard, Zoë! Most of the questions I get asked are just ‘regular’. You know, how long does it take you to write a book, how long did it take you to get published, how do you do the research … One I get a lot is do I think crime fiction contributes to the crime rate. Has anyone done that one? Want me to give my official answer?

Something my protagonist would never say. I must be having a completely non-creative moment so I’m going with the fridge.

My fridge is full of boring healthy stuff at the moment because the Aussie summer is less than two weeks away and I don’t fit into any of my summer clothes! Ahh!!! So, celery, carrot, low-fat yogurt, eggs. There are also some gorgeous chicken pies hubby made (but I’m not letting myself have any). And beer, Chang (Thai) – man, I’d love one of those right about now 🙂 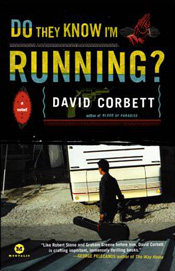 So, would you mind giving me a quote of something you’ve been asked? And your answer to it?

During my first book tour, when my PI background was still a prominent part of my bio, I did a reading in Davis, CA at the Avid Reader, and only two people showed up — one man, one woman, neither with any interest in my book. Rather, both had cases they wanted to discuss with me, cases that involved vast conspiracies so insidious “no one would touch them.” I can’t recall the specifics of either now, but I was asked to take up the call and expose the faceless monsters behind the curtain. The fact I had two such characters at a single reading — and on one else — seemed odd for a campus town, and just a little discouraging. I humored both of them by agreeing the cases sounded dire indeed, but I was out of the business and sadly couldn’t help. For the most part they seemed mollified just to talk. Thankfully. Would have been nice if just one of them had ponied up and bought a book, but I suppose that’s asking too much.

What’s in your fridge?

The severed head of the last person who asked me this question.

So, ‘Rati. What’s the strangest question you’ve heard asked of an author. Or that you’ve asked an author? Or been asked yourself?

And what’s in your fridge?

54 thoughts on “Expect the Unexpected … questions”