Hmm, something big is happening this week… if only I could…

Oh, RIGHT!!! The Unseen is out on Tuesday! THIS TUESDAY!!! 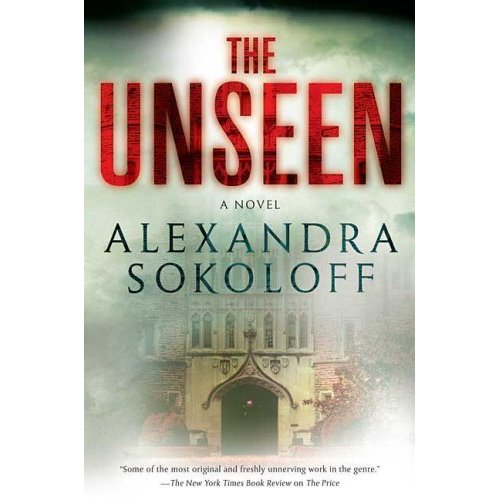 The Unseen is a book that has been percolating for a long, long, LONG time.

I’m sure a good number of you recognize these:

I don’t know about you, but just the sight of those images gives me a thrill. Maybe I mean, chill… because it’s all about the unknown. Do we have that sixth sense, the freaking power of extra-sensory perception, or do we not?

Well, parapsychologist Dr. J.B. Rhine said we do. All of us. And in the late 1920’s, on through the 1960’s, he used the brand-new science of statistics to prove it, in controlled laboratory experiments that made him a household name.

I have no idea how I first came to hear about this, but then again, I grew up in California, specifically, Berkeley – and astrology and Tarot and meditation and anything groovy and psychic was just part of everyday life.

And it was very, very early that I first heard of Dr. Rhine and the ESP tests. In fact, my sister the artist made a set of her own Zener cards when we were in just fourth or fifth grade. I swear, it was in the air.

Here’s the principle: take a pack of twenty-five Zener cards, five sets of five simple symbols: a circle, a square, a cross, a star, and two wavy lines, like water. Two subjects sit on opposite sides of a black screen, unable to see each other, and one subject, the Sender, takes the pack of ESP cards and looks at each card, one at a time, while the Receiver sorts another set of cards into appropriate boxes, depending on what card s/he thinks the Sender is holding and communicating.

Pure chance is twenty percent, or five cards right out of a deck. Because if you have five cards, chance dictates that you would guess right 20 percent of the time.

So anyone who scores significantly more than 20 percent is demonstrating some ESP ability. (The Rhine lab generally used 5 sets of cards for each test run).

You can try it online at any number of places, including here.

And seriously, don’t we all – or haven’t we all at some point – think we have some of that? It’s kind of seductive, isn’t it?

Now, what Dr. Rhine was doing with these Zener cards was truly revolutionary. By the 1920’s the whole world, pretty much, was obsessed with the occult and spiritualism, especially the idea of life after death and the concept of being able to connect with dead loved ones on whatever plane they were now inhabiting.

There were many factors that contributed to this obsession, but two in particular:

1. Darwin’s publication of THE ORIGIN OF THE SPECIES, in 1859, which began a worldwide anxiety about whether there was any afterlife at all… and a fanatic desire to prove there was… especially among some scientists, interestingly enough.

2. The Great War, or as we know it now, WWI, in which so many people died so quickly that traumatized relatives were desperate to contact their lost – children, to be blunt – infants, as in “infantry”, underage cannon fodder – and have some hope that they were not lost for eternity.

This was the age of “mediums”, most of whom were total frauds, con artists who used parlor magician tricks to dupe grieving relatives into believing their lost loved ones were coming back to give them messages – for a hefty price.

Well, (after a brief stint in botany and an abrupt switch to psychology) Dr. J.B. Rhine began his career debunking fraudulent mediums. His commitment to the truth won him a reputation for scientific integrity and a position at the newly established parapsychology lab at Duke University in North Carolina, the first ever in the U.S., where Rhine and his mentor, William McDougall, embarked on a decades-long quest to use the brand-new science of statistics and probability to test the occurrence of psychic phenomena such as ESP and psychokinesis (the movement of objects with the mind).

Using Zener cards and automated dice-throwing machines, Rhine tested thousands of students under laboratory conditions, and by applying the science of statistics to the results, came to believe that ESP actually does occur.

Rhine’s wife and colleague, Dr. Louisa Rhine, conducted her own parallel study, in which she gathered thousands of accounts from all over the world of psychic occurrences and followed up with interviews, from which she isolated several extremely common recurring patterns of psychic experiences, such as:

Crisis apparitions: in which a loved one appears to another loved one at a moment of extreme trauma or death.

Visitations in dreams: a dead loved one coming to a loved one in her or his sleep to impart some crucial bit of information.

Sympathetic pain: in which a loved one feels pain in a limb or elsewhere in the body when another loved one is injured in that place (often this is birth pains that a female relative will experience when a daughter or other female relative goes into labor).

The Rhines’ daughter, psychologist Sally Rhine Feather, has written a fascinating book on the above called THE GIFT, which was extremely helpful in my research for The Unseen.

Now, most people who read about the paranormal and parapsychology, even casually, are aware of Dr. Rhine and his ESP research. But most people are not as aware that researchers in the Duke lab also did field investigations of poltergeists, starting in the late 50’s and early sixties.

I don’t know about you, but that just rocks my world. What ARE they? Are they the projected repressed sex energy of frustrated adolescents? Are they ghosts? Are they some other kind of extra-dimensional entity? Is it all just a fraud, a fad, perpetrated by people who wanted media attention before the advent of reality TV?

So I’ve always wanted to so something, sometime, about the whole Rhine/Duke/ESP/poltergeist thing.

And then a few years ago I was visiting Michael in North Carolina and, as he is wont to do, he handed me a column torn out of the newspaper about a lecture on the Duke campus called: “Secrets of the Rhine Parapsychology Lab” and said, “You should go to that.” Because he knows I like that kind of thing, but he had no idea that I’ve been obsessed with Rhine since I was – seven, eight, whatever.

And I did go to the lecture, and I was stupefied to learn that after the parapsychology lab officially closed in 1965, when Dr. Rhine reached the mandatory age of retirement, seven hundred boxes of original research files were sealed and shut up in the basement of the graduate library, and had only just been opened to the public again.

Is that a story or what?

All those questions that instantly spring to mind. Why did the lab close, really? (Well, in truth, Dr. Rhine retired. But what if…) Why were the files sealed? Was someone trying to hide something? And most importantly – What the HELL is in those boxes? SEVEN HUNDRED boxes?

So you know that question authors love: Where do you get your ideas?

That’s where I got my idea for The Unseen. From the double extra large Southern man I live with. Get yourself one, they’re worth the trouble. Most of the time.

But it all started with a childhood obsession and years of random research on the subject that suddenly caught fire with some specific field research and one choice factoid.

Forage widely. If a lecture at a library or university sounds intriguing, take a chance and go. You might get a whole book handed to you. And just always be adding to those open files in your head of potential projects. Read voraciously on the subjects that interest you. All this random research does eventually achieve critical mass, and suddenly you have a book.

We are so lucky as writers that our JOB is to pursue the things we’re passionate about. Take advantage and enjoy the hell out of it.

So now, for those of you who find the above intriguing, and/or who like your mysteries with a touch of the real-life uncanny, and/or who have gotten something out of my story structure posts, or who just love me in general, here’s your chance to show the love. Go buy The Unseen from your favorite independent bookstore RIGHT NOW, or if you can’t bear to think about getting dressed today, from Amazon(and then go buy great greeting cards and other people’s books from your favorite independent bookstorethe next time you’re dressed and out of the house. If ever. Because I’m hardly one to make assumptions about that.).

And if you have no money at all, don’t despair, because first, you’re not alone, as I think we’re all painfully aware these days…

And second, we all still have the great gift of our public libraries. Go online right now and reserve The Unseen from your local library. If they don’t have it yet, please please please – request it. Libraries have suffered cutbacks just like the rest of the known universe, but before the crash, the formula was that a library would buy a new hardcover for every five patrons who requested the book. So that is some truly powerful support you can give to your favorite authors: request a book, and that’s one-fifth of a hardcover sale, at no cost to you. Believe me, it really, really helps. (In fact, why not check out books by ten of your favorite authors every time you go to the library? I do, every single time. And I’m at the library A LOT.)

And now it’s your turn: tell us about a project that caught fire with the perfect research factoid. Or about a subject you wish you could find a thriller or mystery about. Or, on a completely different track: have you ever experienced a crisis apparition, a precognitive dream or visitation, or sympathetic pains? Or do you know anyone who has? Do you believe these things happen?

Have a great Memorial Day holiday.

And I hope you enjoy The Unseen.

(I’m doing a very laid back, non-Konrath, un-type-A blog tour in between running around doing the physical tour thing, so check my Screenwriting Tricks for Authors blog if you’d like to drop in!)

25 thoughts on “ESP, parapsychology, Zener cards, research, and THE UNSEEN”