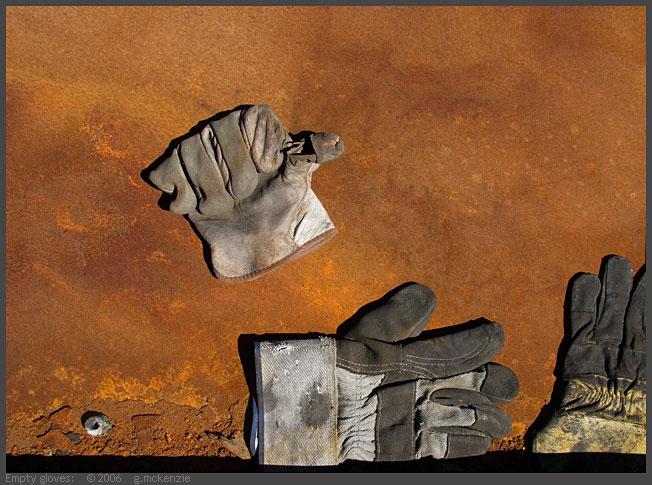 “It’s amazing how strong it is,” he says. Tyson runs his hand through his hair and I know he’s imagining the sweet, burnt smell coming off on his fingers.

We saw a bowl of them at the Coroner’s Office. Blackened, dehydrated. Jose, the Forensic Identification Specialist, had been working the fingers every hour of the past few days. They’d come off a man who’d been found locked inside a cargo container. No one knew who he was, and it was Jose’s job to rehydrate the man’s fingertips and “rebuild” the prints. He had managed to remove a thin, rubber-like layer of skin from one of the man’s thumbs, creating what looked like one of those fake magician thumbs used for special card tricks. Except this one wasn’t a fake.  He stuck his own thumb into the “thumb-sleeve” and demonstrated how he was able to make a print.

I looked at Tyson for a reaction, but Tyson played it cool.

I’d been in this room before. It was a few years ago, when I was writing BOULEVARD, my first novel. I had managed to get an interview with the Chief Coroner Investigator and he gave me a tour of the L.A. Coroner’s Office as research for the book. Although I’d already written my coroner scenes, I knew I hadn’t done the boots-on-the-ground research required to get it right.

What I learned on that first tour was that seeing dead bodies wasn’t what I thought it would be. I figured I’d watch an autopsy, vomit, then pass out. What I discovered, and I’ve written it this way in the novel, is that there was no place in my brain to process the things I saw before me. Each image, each body on the table, each open cavity, seemed to carve a new place in my brain to store the information it contained.

And the bodies, they weren’t people. They were empty gloves, left behind when the soul slips them off.

That first visit had a profound effect on me and when I returned home I rewrote my coroner scenes top-to-bottom. Now the scenes were real, and they reflected the truth of what I saw.

That was a few years ago. My memory, being what it is (random electrical charges passed from one synapse to the next in a slowly eroding brain), I’ve lost many of the details of that day. I’ve been wanting to go back, if only to recapture the sense of awe and humility and mortality I felt. The fact is, I’ve been needing to go back for quite some time.

I’ve known Tyson Cornell since he reviewed Boulevard for Publishers Weekly’s Galley Talk. He was the author event coordinator for L.A.’s Book Soup, where he’d worked for something like fourteen years. After Vroman’s purchased Book Soup, Tyson lost his job then reinvented himself as the top independent author promoter in Los Angeles. His company, Rare Bird Lit, handles the L.A. press tours for authors like James Ellroy, Chuck Palahniuk and scores of others. If you want to see an impressive client list, check out his website. He also opened a publishing division, Rare Bird Books, with the imprints Barnacle Books and Vireo Books.

Tyson is always game for new experiences. When I decided to get an armband tattoo commemorating my publishing deal with Tor-Forge, Tyson said he wanted in. We got tattoos together. It was my first tattoo and Tyson’s twentieth. Tyson likes to accumulate experiences. Anything new and different excites him. Kim Dower, my publicist for Boulevard and Beat, once told me that she had to leave a meeting with Tyson to get a pre-scheduled pedicure. Tyson joined her, because he’d never seen anyone get a pedicure before. It was an experience he needed to have.

One day I was invited to attend a lavish party and fundraiser in Malibu for Writers in Treatment, an organization dedicated to helping writers afford treatment for their addictions. My invite was sponsored by an organization called The Center for Healthy Sex. I could bring a guest, so I invited Tyson.

We sat at a table that had little place-settings with our names on them, and under our names was written the title, The Center for Healthy Sex. Everyone assumed we represented the organization. We didn’t say anything to dispel the myth. At one point Tyson started talking about his new tattoo, getting everyone interested in checking it out. He opened his shirt and revealed the words tattooed across half his chest: “SEX IS NOT THE ANSWER, IT’S THE QUESTION. YES IS THE ANSWER.”

A famous quote from Bob Crane, apparently, and Tyson had to have it inked across his chest. I’m not sure how well we represented The Center for Healthy Sex that night. Then again, it might have been exactly the kind of message they wanted to convey.

When I started talking about a return trip to the Coroner’s Office, Tyson’s ears pricked-up. He asked if he could tag along. I couldn’t think of a better co-conspirator for the job.

The Chief Coroner Investigator was again very gracious with his time. He gave us a comprehensive, two-hour tour of the facility, explaining every facet of what the Coroner’s Office does and how it benefits the community. The Department of the Coroner is responsible for the investigation and determination of the cause and manner of all sudden, violent, or unusual deaths in the county of Los Angeles. It is also responsible for determining the identity of all bodies under its care.

The facility has changed a bit since my first visit. It is undergoing a major renovation to improve and update the offices, labs and autopsy rooms. As we walked through the halls we saw holes in the ceiling where tiles had been removed, revealing the skeletal joists and silvery ducts above. Walls and ceilings were encased in opaque plastic, not unlike the plastic used to wrap the hundreds of bodies we saw in the morgue’s brand new Crypt.

When I took my first tour, the Crypt, or Cooler, was about half the size of your average Starbucks and filled top-to-bottom with bodies wrapped in white plastic sheets. The new Crypt is the size of a warehouse and, if you replaced the human bodies with wooden crates it would remind you of the scene at the end of the first Indiana Jones movie. It’s kept at a chilly 35 degrees Fahrenheit; much cooler than the previous Crypt, which rarely dipped below 50.

I’m quite aware that my description of this experience sounds a little procedural. My intention in writing this post was to re-examine my feelings about viewing dead bodies. The reason I took the tour was to push myself to face the thing we all fear, the thing that drives me to ponder everything I’ve ever pondered. I wanted to poke the part of me that might have fallen asleep.

The profound effect I experienced after my first tour eludes me. Maybe I’m still in shock – my tour was just this morning, after all. Perhaps, as my twelve-year old son tells me, the images of death are waiting to populate my dreams tonight. I wouldn’t be surprised if this was the case; I’ve been known to experience post traumatic stress days or weeks after witnessing a tragic event.

And the things I saw today were definitely gruesome, conjuring images of films like Re-Animator, Alien and The Texas Chainsaw Massacre. I saw numerous autopsies being performed, saw bodies open and upended, with empty cranial cavities and chunks of skull on the side. I saw a woman’s body unrolled all about her, a medical examiner’s arms set deep inside her small frame, while two masked and gowned homicide detectives took notes beside them. I saw a man baked from fire, the flesh on his arms colored red and yellow like the fire itself, skin rippling off bone, fingers missing but for the burnt nubs of the middle knuckles that remained. I saw victims of car accidents, suicides, homicides.

I saw one tiny drop of what the over two hundred employees of the Los Angeles Department of Coroner see every day of the year except one – Christmas. The only day they have off.

And maybe that’s why I didn’t vomit and faint. I was aware that these people came to this place all the time, that this was their job. Three hundred bodies in the Coroner’s Office every day. This death was their life. The least I could do was take a sympathetic, if objective, look at the world through their eyes.

After the tour, Tyson and I went to a cafe to share our experiences. We were all-too aware of the smell that permeated our clothes, hair, and skin. A smell set so deep that nothing could displace it.

“You still smell it?” I asked him on the phone at the end of the day.

“I keep thinking everyone is looking at me,” I said. “Wondering what it is about me they want to avoid.”

When I go home I kiss my wife and she takes a step back, her eyes open wide.

“Straight to the shower,” she says, then points at the spot on the floor where I am expected to drop my clothes. She tells me to gather some quarters for the laundry I’ll be doing tonight.

In the shower, I use a half-bottle of shampoo and a full bar of soap.

Clean, now, and to the rest of the world I seem fine.

But still, I smell it. It’s not on me, it’s in me. Maybe tonight, in my dreams, I’ll see the things I wouldn’t face with my open eyes today.

Now I lay me down to sleep, I pray the Lord my soul to keep…