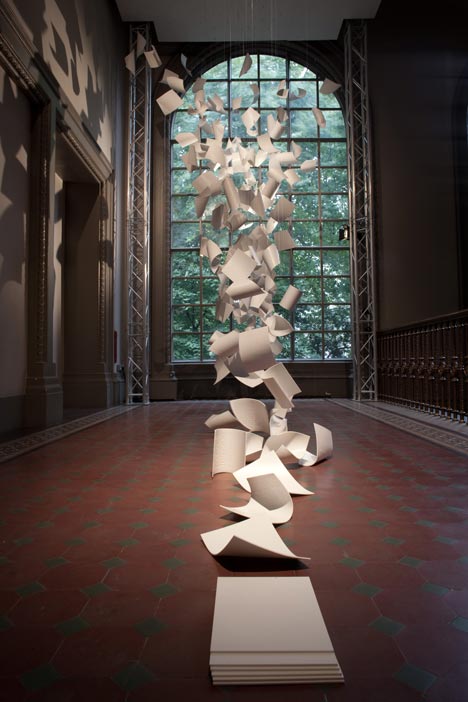 I guess the first really serious bit of writing I did was a short story called “Yahrzeit Candle,” which I wrote when I was twenty years old. I wrote it in the months following my father’s death. My writing changed overnight–suddenly I had things to say that could not suffer poor writing. And out came this story about a little Jewish boy who comes home one night to find his father stooped in front of a large candle. The boy’s grandfather has just died. The candle burns for seven days and the boy watches his father fall apart before it. The boy doesn’t understand; he thinks the candle is hurting his father. But when he gets close to the candle, when the smoke gets in his eyes, he is overwhelmed with memories of his grandfather. In the end, he tries to snuff out the candle, to save his father. His father wakes and pulls him back. They hug for the first time in years. The candle, having done its job, flickers out on its own.

I was attending a community college when I wrote it, and I entered two national short story competitions that had ties to the school. The story won both competitions, and there was a cash prize, too. I remember the day I went to my professor’s office to get the check for the awards. I remember his words. “You might not write a story this good for many years. Don’t worry about it. Just keep writing, and understand that it’s part of the process.”

We stepped out of his office onto the second-floor terrace and he handed me the check and the award letter. As soon as I took them, a gust of wind came and took them from my hands. The letter and check fluttered down into the bushes two stories below.

Words to live by.

It’s interesting how I thought that first story would be the beginning of so much. It was, but not in the way I imagined. At the time, I thought the story would open doors (Eli Weisel called it “Shining, evocative and penetrating”). I thought opportunities would suddenly materialize and I would spend the rest of my life employed as a professional writer and film maker.

I’m beginning to take a long-term look at it. It’s not just a job. It’s not just a career. It’s a life. What we write is what remains. Taken together, it marks our journey. From my very first short story (“Sammy the Dinosaur” at age 8) to this very blog post today. Every story, every screenplay, every poem, every blog. They are the atoms that define me. They are the things from which I evolve.

I might still end up supporting myself by my writing alone. It could happen. I could balance the load writing novels, screenplays and television episodes. Then again, it might not happen that way. I might have other jobs and write on the side. And maybe that’s not such a bad thing. As I’ve been told, “even Spinoza spun glass.” I haven’t done the research, but I take that to mean that Spinoza had a day job, in the circus or something.

If you think about it, precious few artists support themselves by their art alone. Even the ones we consider “great,” the ones who didn’t start living until they died.

I have a friend who is a Story Editor on a very popular cable series. He’s successful enough to be a showrunner now, for the spec projects he has sold. I told him that I would probably be writing a spec script for his cable show, to use as a writing sample in case Boulevard goes to series. (Boulevard has been optioned by a major TV producer). If I want a chance to write on the series (if a series gets off the ground) I have to show the producer a writing sample — a one-hour TV script for an existing series with a similar tone to my books. When I mentioned this to my friend he said, “Isn’t it amazing how we still have to write for free? It doesn’t matter if we’ve had books published or films made from our screenplays, we still have to write for free to prove to others that we can write.”

This is it, guys. This is being a writer. This is the commitment. If the stars align, we could all be millionaires. One book could do it. One spec script. It’s the dream I’ve lived on for years. Since “Yahrzeit Candle,” which wasn’t the most commercially viable project I’ve ever written.

But, you know what? It had heart. I wrote another heartfelt short story after that. And then my first feature script, which had heart. That project won another competition, and got me a film agent. And then I learned to write what I thought I was supposed to write. I wrote crafty, slick, commercial vehicles. And I lost my way. I lost my way all the way up to the point that I ditched it all and sat down to write my first novel, Boulevard. And that had heart.

I’ve spent the past year and a half writing my third novel. It was supposed to be bigger than Boulevard and Beat. It was supposed to be a commercial vehicle. I struggled and struggled and then abandoned it, to write something small and heartfelt. And, lo and behold, my voice came back. I just started writing the new piece when my wife begged me to go back to the other one, to reinvent it so that it wasn’t such an obviously commercial vehicle, to find my heart in the story. There was too much there to abandon. I agreed, and now I’m juggling both books. And looking for the day job that will support this passion of mine.

I’m writing what I want to write, what my heart tells me to write. It will take as long as it takes to do it well. I decided a while ago that novels are where I’ll put my best. In this one realm, I won’t compromise. It’s different than writing a zombie film, which, regardless of how much heart I manage to stuff into it, remains a zombie film to the end. It’s a commercial venture.  I know that going in.

My novels, however…well, I hope they are commercial successes. I really do. But if they aren’t, so be it. I write books to make me happy. If I’m not enjoying it, I shouldn’t be doing it.