In India, it falls on March 14th. In the United States, on April 13th. In Australia, April 22nd. Us poor saps in the UK have to wait until June 2nd, a little ahead of Canada at June 6th. But for the put-upon folk of Sweden and Norway, that celebrated day doesn’t fall until July 29th.

What am I talking about?

Tax Freedom Day. Officially, Tax Freedom Day is, according to Wikipedia, the first day of the year on which a nation as a whole has theoretically earned enough income to fund its annual tax burden. The precise date is recalculated every year by the Tax Foundation. April 13th was this year’s average date for you happy Americans, although it varies from state to state. In Alaska it was actually March 23rd, whereas the people of Connecticut had to slog on to April 30th before their federal duty was done.

And no, this isn’t a rant about the level of overall taxation, although according to the Tax Foundation, back in 1900 you would have been all settled up by January 22nd. Think yourself lucky. Over here, income tax was introduced by William Pitt the Younger in 1798 as a ‘temporary measure’ to pay for weapons and equipment for the forthcoming Napoleonic wars. Oh, that old story …

But this is not a history lesson, either.

This is a very roundabout way of me asking, “Do you enjoy what you do?”

You better had, because – if you’re living in the States – you’re working the first four months of the year for the benefit of others. We’re working the first half. And perhaps the reason for the Scandinavians famed black-and-white Bergman-bleak demeanour is the constant reminder of their fiscal responsibilities.

But for the majority of us, we’re so busy putting one foot in front of another on this rocky road we’re travelling, eyes down, trying not to stumble, that we don’t have time to admire the view. I know people who work nine-to-five, five days out of seven, who can’t begin to wind down from the stresses of the working week until halfway through Saturday. By Sunday lunchtime, the spectre of Monday morning is starting to loom large and wind them back up again.

A few years ago, we took on handling PR work for a client who was … difficult, shall we say. Not deliberately so, I have to admit, but a combination of being both somewhat indecisive and extremely busy does not make an easy combination for any business relationship. But we were offered a decent retainer and we leapt into the job with some enthusiasm that gradually dwindled as the months wore on.

Going to see the client involved getting off the motorway and dropping down a long hill into the town. Eventually, it got to the stage where our spirits would sink with the descent. There was a petrol station about halfway down. We’d stop to fill up even if we didn’t need to, just to delay our arrival by a few minutes more.

Eventually, we realised that the money was simply not worth it, and we parted amicably. They were – and still are – very nice people. But we’ve met a lot of very nice people that we would not like to work for. People who do not suffer from stress personally, but are definitely carriers.

And if dealing with such people causes you unhappiness, you have two choices. One, rearrange your life so you no longer have to deal with them. Or Two, rearrange something within yourself that means you can cope with them more easily, because they sure as hell are not going to change to suit you. Most of the time, there is no malice in them. They probably have no idea they’re making you miserable.

And if there is, and they do, then you owe it to yourself to take Door Number One.

Easy to say, hard to do, I know. The grass is always greener and cleaner on the other side of someone else’s fence. Press your face up to the rosy-tinted glass and the view inside is always more tempting than the garbage-strewn street in which you stand.

As a species, we need a certain amount of stress in our lives. Stress gets the heart pumping, leads to the endorphin rush of relief. No pain, no gain. But too much pain is bad for anybody.

So, are you happy?

And if the answer is anything other than a resounding, unequivocal, unhesitating, “Yes!” what will it take to make it so?

The glib answer is always a lottery win, a publishing deal, the number one spot on the New York Times best-seller list, but those are material things. If you believe you are dependent on outside factors for your own contentment, you always will be. Living in poverty is miserable, sure, but there are plenty of miserable millionaires, too. Financial wealth won’t cure all your problems, it will just give you a whole new different set to worry about, to cloud your day and clog your mind.

So, what do you want? And how are you going to get there? There’s the old story of the traveller stopping for directions in rural Ireland, only to be told, “Well, if I were you, I wouldn’t be startin‘ out from here.”

Are you where you want to be? And, if not, what have you done today to bring you one step closer to it? After all, your tax commitment for the year is complete. From here on in, you’re working for yourself.

Some people never have a clear ambition in life, while others have a goal that they never quite attain. I’m not entirely sure which is sadder. Ask an average teenager what they want to do when they’re finally paroled from the education institution, and what you get mostly is a laid-back, dunno shrug. OK when you’re mid-teens. Not so cool when you’re hitting bad-back middle-age and you realise you’re probably closer to the finish line than you are to the start.

Unless you’re into reincarnation, life is a one-shot deal, a one-lap race, a never-to-be-repeated opportunity, a last-chance to see.

This week’s Word of the Week is guarish, meaning to heal.

PS. I finally got around to sorting out some of the pictures from CrimeFest and Mayhem in the Midlands, which you can view from the picture gallery page on my website.

And now, a bit of BSP. I’m thrilled to have been nominated for the CWA Short Story Dagger for ‘Served Cold’, which was first published in the States the Busted Flush anthology, A HELL OF A WOMAN, and first published in the UK in THE MAMMOTH BOOK OF BEST BRITISH CRIME. As the other nominees are Lawrence Block, Sean Chercover, Laura Lippman, Peter Robinson and Chris Simms, I hold out absolutely no hopes of winning, but shall bask content in their company until the results are announced on July 15th.

Also, many congratulations to our Louise for her Nero Award nomination for THE FAULT TREE. 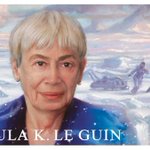