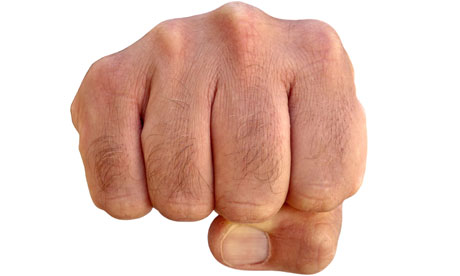 I really do believe that every single experience we’ve had is stored in our memories. Even the little nonsense nothings – a mailbox I passed twenty years ago on an old country road – is there, waiting, with perfect clarity, for something or other to trigger it to life before my eyes.

I’m constantly amazed by the odd places I go in my head when a particular scent fills my nose – sometimes it’s just a flashing image: a stream I ran beside at age ten; a kitchen in a forgotten friend’s house where I “invented” peanut-butter by coating peanuts in butter and slamming them with a hammer; or chasing garter snakes in the backyard with my dad.

Everything is there – glimpses of my Kodachrome life.  I’ve always claimed to remember the moment of my briss.  Eight days old, just after the cut, when large, hairy hands placed a fluffy, purple dinosaur in my crib. I remember thinking it was hardly compensation for what had been taken.

My wife says there’s no way I can remember this. She says it’s a made-up image, malarky all the way.

Malarky. Now, that’s a word from a different era. Brings memories of my wife’s stepfather who died recently at the age of 89. He was a swing-time jazz musician and his vocabulary was filled with jumpin’ jive words, like malarky.

So, I was shaving the other day and I saw a flash of myself at age 19, standing in a studio apartment in Santa Cruz, California, with a drink in my hand. My eyes downcast, listening to the stomping of feet toward me, seeing a glimpse of a muscled arm rising.

And me, repeating the words, “Don’t hit me, Billy. Billy. Please. Don’t hit me.”

I don’t know why the memory came to me at just that moment, as I held the razor to my cheek. Nothing to prompt it. Just me staring at my face.

It was only a year ago, right? Maybe ten. At the most fifteen. It couldn’t have been twenty-eight. But it was.

I had arrived at Christie’s home. We’d spent the afternoon together with her four year old daughter. Christie was twenty-three and she worked at the video store in downtown Santa Cruz, owned by the TV producer I had come to work for as an intern. The “TV producer” ended up being a flaky, local entrepreneur and coke dealer. It was the best internship I ever had.

Christie took a liking to me right away. But she had this “friend” named Billy, who seemed to hang around a lot. I never really saw Billy, just a shadow here and there. He was twenty-seven – a real man with dreams and plans that apparently included Christie. Her cute little daughter came from a previous relationship, so Billy had no claim to her. And, according to Christie, Billy was just a friend.

Christie had a car, which was more than I had, and she let me drive her and her daughter around that afternoon, getting take-out at Pizza My Heart and an ice cream at Baskin Robbins. This was a long time ago, when Pizza My Heart had only two locations–one in downtown Santa Cruz (by the bus station) and one in Capitola. 1985. Just yesterday.

We watched the sun as it set over the Pacific and then Christie asked me to take her home. Take us home. It looked like I’d be spending the night.

We drove to her place and then past it because there was a car hovering in the shadows.

She told me to keep driving. We went back to the beach, watched the stars come out in the sky. Then I drove back and, still, Billy’s car in the driveway.

“I think Billy thinks he’s your boyfriend,” I said. “Maybe I should go home. While the buses are running.”

“No…no, Billy’s just a friend….” she said, without conviction.

We drove around town a bit then returned to discover that Billy had left.

I carried her sleeping daughter and put her in bed, which was uncomfortably close to Christie’s bed, which, from the way things were looking, would be my bed as well.

Christie fixed me a drink and we stood for what seemed like seconds when the white light of a car’s headlights flashed the window.

“Who could that be?” she asked, rhetorically. I was getting pretty tired of ‘rhetorically.’

There was a soft knock at the door and Christie opened it.

“Billy, what are you doing here?”

His hands in his pockets, an “aw, shucks” slump, genuine and kind. “Where’ve you been tonight, Christie?”

Then he sees me over her shoulder. My drink in hand, a dopey smile on my face. “Hi, Billy,” I said, in ironic monotone. A slow wave of my hand.

He turned around quickly, a rush of anger. Stepped away from the door, stepped back and away again, then forward with determination, his hand moving through his hair, his cheeks blowing red.

I knew what was going on.

He stomped into the house, pushing Christie aside.

And me, just watching him come. I was no match for him. I knew it. There was really only one thing to do.

A calm, pleading appeal. I made no move to defend myself. I guess in the back of my mind I pictured the tables turned – would I be able to hit a defenseless kid who meant no harm, a kid who clearly hadn’t slept with my girlfriend or friend or whatever I chose to call her?

Billy approached like a bear with his arm cocked all the way to his ear. He stood above me, a foot taller, knuckles shaking in a now-or-never fist.

In the background, Christie screaming, “No, Billy, stop, stop!”

In the foreground, a droning mantra, “Please. Billy. Please. Don’t hit me, Billy.”

The combination worked. He turned on his heel, brought the anger to his lungs. “Get the fuck out of here!” and pushed me from the house.

The door slammed behind me. It was a cold winter night. The buses had stopped running and it would be a long, long walk to my apartment on Pacific Avenue. Seven miles, was my guess. I sat in the shadows in the front yard, listening to Christie talking nonsense and Billy punching walls.

Somehow, she managed it. Explained that I was just a friend from work who bought her and her daughter some ice cream–on my way home when Billy came to the door. I don’t really know what all she said, except for the “I love yous” and “Oh, Billy, it’s only you, you know that.” After an hour he stepped through the door and came to me with his hand extended.

Me, I’m glad he didn’t show up twenty minutes later.

Billy wasn’t about to drive me home and he wasn’t going to let his whatever-she-was spend a minute alone with me in a car. We compromised and they let me borrow her car so I could drive to my apartment, where I slept lonely and alone in an ice-box room above the local Mexican club, the Acapulco Lounge. Mariachi music until two a.m.

A month or two later Billy took Christie and the kid back to wherever it was he came from, Minnesota, I think, where they could have a normal life among normal friends. She was twenty-three, Christie. She’d be in her fifties now.

How did this start? Oh, yeah. Memories. That one came while I was shaving.

Time is not what we know. I’m convinced that everything that ever happened to me happened no earlier than fifteen years ago. Whenever someone asks me how long I’ve known this or that person, or when I left Albuquerque, or when I went to music school, I always think, “Well it had to be around fifteen years ago.” Because that’s as long as anything has every happened in my life, right?

I’m one of the most sentimental, nostalgic persons I know. I love my memories, good and bad. I used to be the only one like this, until I met all the friggin’ authors. Now I know I’m not alone. It’s a gene we’re born with, me and the writers. We’re lost in our memories. We’re lost in our minds.

Not a bad place to be, if you have to be anywhere at all.

* The last bit is just a bunch of malarky.