To the Murderati community
Pre-published, published, no plans to ever publish
Under the skin, we’re readers all

As you may know from the many times I’ve said this here, when I was a young man, I wanted to be a rock star. I could write songs, play the guitar and sing.  I had long hair.  I even perfected my autograph.  I was ready to go. But the world wasn’t ready for Rockstar Rob and eventually those arena stage dreams gave way to reality.

A wife, a child, another child, a house, dogs & cats.  A different type of dream.

But all along, in the background of everything called life, I was preparing myself for one of my biggest-come-trues:  writer.

Being read to (OK technically I wasn’t in control of that).  Reading. Writing. Writing. And then Writing More. From songs to a 7th grade short story writing assignment.  From the tentative beginnings of more than one novel to teleplays (including a Movie of the Week!), to screenplays, and to completed novel.

When that novel got me an agent, I was thrilled.  When that agent got me a book deal, I was on a high like no other.  Editing, copy editing, galleys, ARCs.  I had no idea what to expect–everything was exciting, shiny and new.  During the copy edit phase, there were two pages inserted into the manuscript.  One for the acknowledgements, the other for the dedication. And while I knew that just about every book is dedicated, I honestly hadn’t thought about to whom mine would be.

The first person who came to mind was my father because he was my biggest supporter, and died when I was twenty, before ever seeing any hint of success, career- or family-wise.  But my mother had also been a big supporter and often financially backed my dreams.  But if I included my parents, how could I exclude my sister?

And if I included my initial nuclear family, how could I ignore my current one?  My kids–young adults with very busy lives–could not have cared less.  But this was something my wife made clear was important to her, and Leila is always right (this is why we’ve been together for 35 years, folks) so the dedication of Kiss Her Goodbye reads:

For my father, mother, and sister,
who always supported the dream

And for Leila, Lani, and Matthew,
who long ago fulfilled it

I’ve had seven more books published since (two will be out by mid-year). Dedications vary from a single person to multiple names, all family or close friends.  But I don’t have that large of a family and my circle of close friends is small, so at some point–should I be so lucky–I may run out of people.

So, Murderati community, do you read the dedication?  Wonder who those people are to the writer?

If you’re writing your first-to-be-published novel (whether it’s your first or your fourth, fifth, sixth completed novel), have you already thought about your dedication?

If you’ve been published, to whom did you dedicate your first book and why?  Was it written before you made your deal?  For those out there who have multiple books (I’m talking Tess & Allison numbers), do you start the cycle over once you’ve hit, say, twelve books?  I think Leila would like to have me dedicate every book to her.  😉

And if you thought from the title of this post that I was going to tell you to Write, Write and then Write More–yeah, well, that too.

@JimmyVhyde @thehill That's because you're stupid.

And every single time the Republicans who created the crisis sneer at the Democrats for pointing this out.

EVERY. SINGLE. TIME. a Democrat took the White House from a Republican over the past 44 years, they were handed a nation in crisis.

Please remember this when it comes time to vote again. 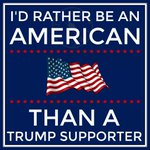 If you’re looking for some beauty in your timeline ...